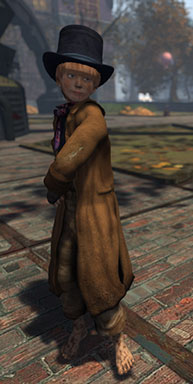 Not world of warcraft but i did have a go at Star Wars: The Old Republic and while i enjoyed it, i quickly got fed up of having to bootcamp into windows. Plus the server situation annoyed me when i wanted to play with my global collection of friends. Who would have thought such a modern game would impose such a localised connection with others and apparently this is a usual situation with MMO’s. Realise how awesome Second Life really is as it struggles to allow you to connect with the entire world together in one 3D space. (except iran).

The tech or game industry journalists place Second Life squarely in the past as a burst hype bubble of no significance, it’s clear  that the industry has no idea or interest in whats really going on inside Second Life. It’s almost like they are punishing Second Life for taking advantage of the medias gullible nature.

Yet they write about the future of gaming , RPG’s and shared spaces as the next big thing. New start ups pop up with exciting new virtual world ideas to glorious Techcrunch fan fare. I’m left smiling as i read these knowing full well that Linden Lab and their devoted user base have been exploring and messing about with these ideas for almost a decade and have no intention to stop. And they might think well if Linden Lab have had this tech for so long why have they not taken the world by storm and become as big as Facebook, WOW or BlueMars.

What Second Life IS can not be treated the same as other social technology. It cant be defined and sold. There is no clear understanding of what it is, what it’s users are or what it’s for. It simply IS, and selling that to the tech industry… well i’d imagine it’s like selling Air to a fish.

Linden Lab should by now have a HUGE book on the subject of Virtual spaces, user content creation, user retention, Micro-transactions, premium-systems, free-to-play, Social networking, User-contributions, User-Backlash, User-Interface Design, and thats not to mention the geeky server technologies which allow us to share the same spaces from anywhere in the world.

Todays post was inspired by an article i read about the future of RPGs. It discusses where RPGs might head in the near future.

“Star Wars: The Old Republic had every possible advantage to knock over the wobbling WoW: famous developer, beloved universe, massive resources, and initial player excitement. Less than a year later it’s adopting a partial free-to-play strategy like several other contenders before it. This was followed by the collapse of 38 Studios after it chased WoW money, and a relative lack of success for The Secret World.”

Now I’m fully aware ‘Second Life’ is not a game, but a large area of my Second Life is devoted to a Steampunk Town called ‘New Babbage‘. This town is an opt-in RPG collection of regions and i have over 6 years of Roleplaying adventures invested in it. But the sort of RPG that I’m involved with in Second Life is extremely organic and individual, (and not right winged),  it’s not something handed to you by a group of talented  developers. It’s something created and shared by talented individuals from around the world and the closest you will come to a digital live action role play, or Digital Action Role Play (or DARP :-P).

Second life is the ONLY platform i know that allows this extreme freedom of RPG along with the tools to fully realise the content and atmosphere desired.  While Journalists continue to use old Jacuzzi snapshots from 2006 the sort of graphic styles now appearing in SL thanks to content creators can challenge those of SW:TOR and other such games.

It could be that the Tech & Game industry envision a future where Gamers inhabit a 3d space where they are free to do what ever they want, but will they acknowledge that some gamers already do that on a platform called Second Life?

Second Life users are on the frontier of so many things related to digital spaces and we relentlessly push Linden Lab on :-p  But the Tech & Games industry ignores us because they use iPads (i assume).

1 thought on “The silent hidden frontier of Second Life”