Oh the good old days of Second Life when you would simply rez 100 beach balls in a room to have fun.

These days fun and games in SL for me tend to involve a bit more planning. It’s my own fault, the need to keep pushing the boundaries of what i can do in Second Life in the journey to the point where i can do anything i can think of. I did not come to SL as a scripture, in fact i hate code, im a WYSIWYGer.

So the fact im releasing some Gadgets and Games, scripted by ME i find pretty amazing. I owe it all to the rest of the SL community though…. ok a lil bit is because i tenaciously spend hours trying to figure things out, but i would have given up countless times if it were not for answers and help from the SLforums.

1. The Slingshot and Tin Can Game. – This was originally just a kool shooting weapon i updated to mesh. I then thought it would kool to have some tin cans to shoot then decided to put the two together as a shooting game. I learn a lot about scripting overiding animations.

2. The Mini Tug Boat rezzer – Created as part of the Escapades Anniversary Weekend. Some liked it so much they wanted to buy them even though i was given them away for free. So i created a rezzer and learnt alot more about scripting permissions and the awesome floating cameras.

3. Steam Powered Shopping Trolly. – Again something i made for the anniversary weekend and since i made a tug boat rezzer i thought i would do the same for the shopping trolleys. Which this item i learnt a lot more about scripting vehicles and the different available types.

4. Pod Tiny – I made this last year as a personal dance machine to replace my dated Dance Foo Mini i bought when i first came into SL. It’s rigged so the ear phones move with head but i ran into an issue where the wires got lost inside people with boobs. Now im hoping i’ve fixed that issue. 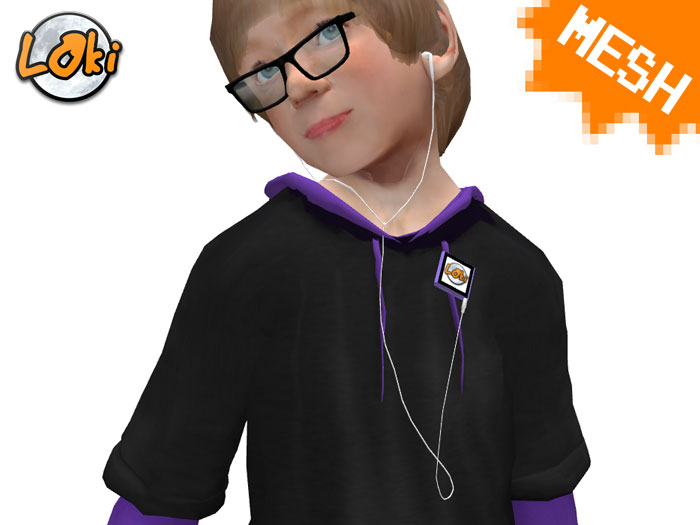 Coding in any language is extremely difficult for me, has been ever since i was a child. I lack the ability to visualise numbers and code and recognise the connections between them. But thanks to fantastic people in Second life via the SLforums and friends i have been able to figure stuff out. Some times i still dunno why bits of code do what they do, all i know is that they do and so if i cut and paste it might do what i want it to do. I’m building up a library of scripts that are slowly getting me to the point where i can do anything i can think of.