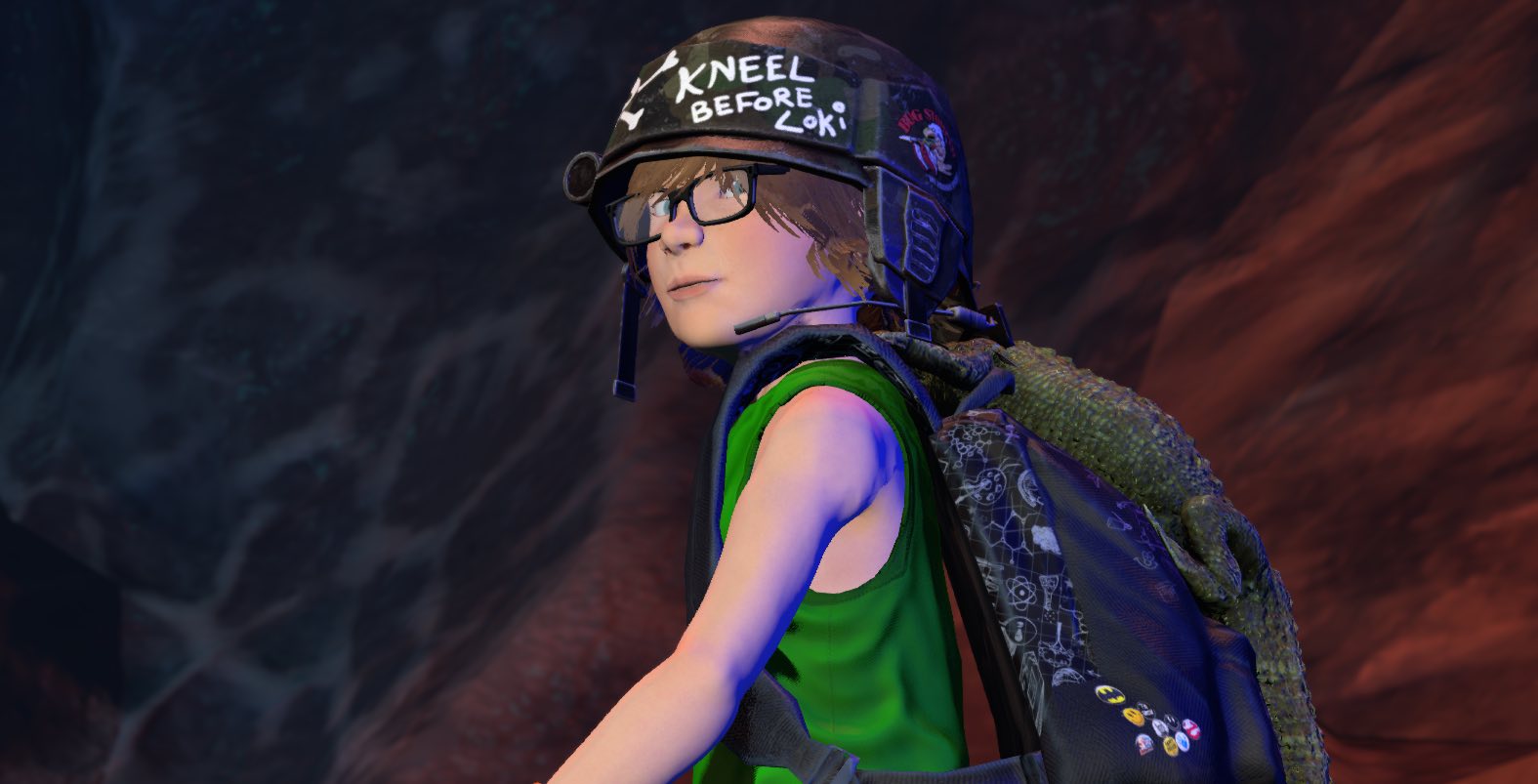 16 years of living a virtual life as a virtual boy in a virtual world, yet there is nothing virtual about the friends I’ve made and the experiences I’ve had.

In Second Life my Avatar only had a few minor changes this year, mostly adjusting specular levels so I don’t look so shiny. I started working on clothing again. I’ve pretty much given up supporting the CLASSIC and SMB avatars to focus on my own range of mesh avatars. At this point it’s more a hobby than a business now. Oh and I wear glasses now, as I’m going through a nerd phase.

A recent computer failure has led me to start thinking about creating a totally new Avatar from scratch. When I first started work on my Bento Mesh avatar the Avastar plugin was in an experimental beta, Blender was in version 2.79 and here was no Bakes on Mesh. Plus I didn’t really know what I was doing, what all the different bones were for. The computer failure has led to the old Blender and Avastar not working as they once did resulting in errors in my avatar files that make creation of new clothing near impossible. I’m working with the Avastar folks to see wether we can get things to work again, but it has led me to wonder about wether it’s worth just starting again but with a better understanding.

As of writing Sansar still exists. My avatar there only had minor adjustments to the eyes this year. The animation system in Sansar only allows eyes to move when the mic is turned on and even then its to subtle for my liking, so I used a flip-book animation shader to give the impression my eyes were looking left and right and in doing so gave more life. Sansars clothing system is still amazing. The way you can swap clothing on your avatar, resize, position then simulate the fitting of the clothing. It’s still the best avatar clothing system out there.

In VRchat I created a new avatar, but once again I wasn’t happy with the result. I made an avatar that had built in options to remove, helmet, shoes and backpack while also including some t-Shirt variations. But I feel I messed up the proportions, arms too short, head too big. I’m not even sure I’m happy with the style. Hopefully I can revisit my VRchat avatar during the coming year.

It may be worth mentioning that I created a Fortnite account his year and while you don’t have the ability to create a fully customisable avatar, I was able to continue my Loki persona in that of the god of mischief at least.

We are still in a world wide pandemic and many of us are still being effected by it, either from covid itself or the effects it causes on our way of life. You would assume virtual reality to be untouchable, the place to escape, but that’s not how it works. People in VR are still real people and they bring with them the reality of life which is inescapable. During my 16th year I got a sense some friends where struggling, but there is only so much a virtual kid can do. I’d love to do more and I hope what we did through the year had a positive effect.

Love all my friends, HUGZ!