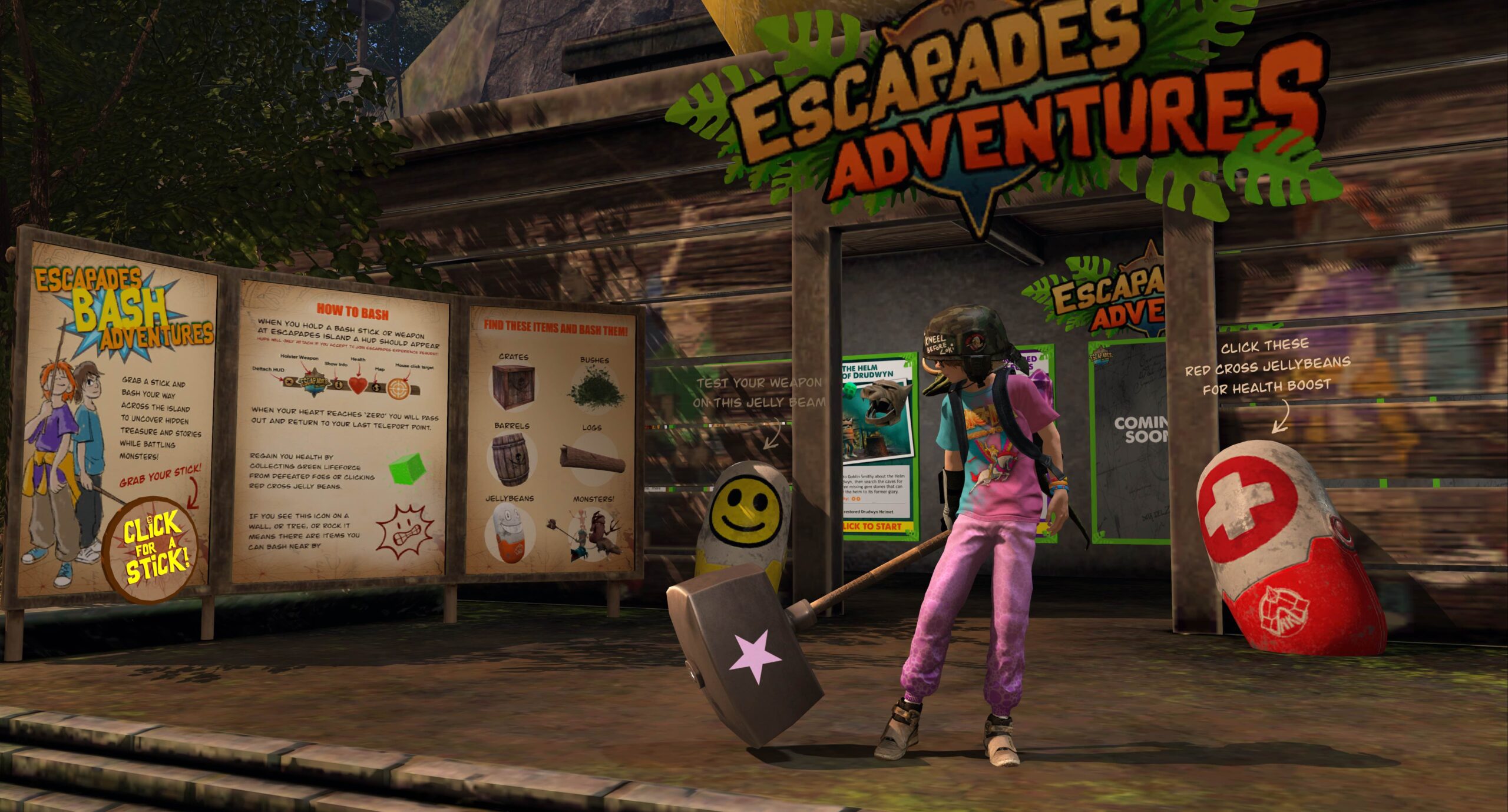 I’ve been playing a lot of Fortnite lately and it’s strangely familiar to me as a Virtual World Creator and gave me a creative boost in Second Life.

Once upon a time there was Second Life, and for a surprisingly long time there was only Second Life. Occasionally something would come along that we’d think would rival our Virtual World but all to soon they would disappear. We’d compare Second Life to non-user generated social virtual world games such as The Sims, World of Warcraft or later Minecraft, but they would lack any real similarity to compare. With the resurgence of VR and the COVID effect, interest in Virtual Worlds for socialising and creating has once again become the buzz in the technology world.

In the second half of 2021 there are a handful of different Virtual Worlds to choose from in the Multi-Metaverse with the likes of Roblox, Fortnite, Sansar, VRchat, Sinespace, AltSpace, NeosVR and many more in development, Second Life suddenly has more competition than ever before. How a digital persona like myself manages to exist in this multiverse of digital worlds i’m still trying to work out. It’s not like i visit all the thousands Simulation Regions  in Second Life, i stick to the virtual places i know and love, that has my friends while occasionally going on trips to new places.

Maybe the same can be expected with these other virtual world platforms. If you find a community of friends on these platforms then great but otherwise i cant be expected to have an account on them all, and even if we get a seamless interpolation between Virtual Worlds i cant see myself building Escapades Island or Fort loki on every virtual world i can visit. Unless of course a virtual place becomes disconnected from the platform itself like how you can move a website from one server to the next, huh that would be interesting.

Anyways back to Fortnite. I had played it occasionally years ago and didn’t think much of it at the time, all guns and shooting and i didnt really understand what the point of it was. This year however i had been reading how Epic and Fortnite was pathing the way to becoming a virtual World and on to the Metaverse, so with my nephew visiting i took that as an excuse to look at Fortnite again. I discovered that not only was Fortnite a social Virtual World but it was similar in a few ways to our Escapades Island in Second Life.

For the past Eleven Years in Second Life i and my friends have worked on building an Island of Adventure, a place that was fun to socialise but with games and stories. We didn’t really know in what form this would be achieved. The island is a server simulation connected and maintained by Second Life at a cost which is paid for by the Islands renters and sponsors. Originally it was planned that fun and games would come in the form of Roleplay groups, but over time this didn’t become a thing. We agonised for years over the implementation of extra tools for creating gaming experiences. By the time XPtools was released i think Escapades Island and Second Life itself was reaching a ‘what am i doing with my life’ phase?

Sometimes you need to visit a fresh environment for new ideas. Playing Fortnite made me realise the island we had created in Second Life had some of the elements that made Fortnite popular and this intrigued me. Ok we dont have the guns, but i’m not convinced the guns are central to what makes Fortnite ‘Fortnite’ anymore. To me Fortnite is most fun when running around trying NOT to be shot and completing the quests, uncovering the story behind the Island and it’s alien invasion. learning about the Zero Point that reformed the island, kevin the cube, the Foundation that looks over the Zero Point. Then there are the events, experiencing interactive music shows, end of season story driven events. Add to this that i can play Fortnite with friends and my Nephew and create worlds together which we can share with others. Fortnite is a game that is becoming if not already a Virtual World.

Meanwhile on Escapades Island in Second Life, to combat the feeling of reaching a plateau we decided to write up a schedule of monthly events and traditions for the Island that would help re-energise our little community. The events involved music from live musicians or celebrated the story behind Escapades Islands themes, it’s characters and history, of how it was created, of the knot of time that keeps getting re-tied reforming the island, The attack of the Cubes, The Dogstar who looks over the Knot of time. This was further helped by the XPtools allowing us to create story elements that anyone could come across while visiting the island. Add to this the decade old BASH Stick system that encouraged a gaming element of exploration by Bashing objects to reveal gifts, battle monsters or open secret doors and we finally have the island of adventure we set out to create. The basic elements are there.

I’m currently building a landing point for people who want to play Escapades Island Adventures, and plan to promote the island where ever possible within Second Life once i feel things are ready. But will people even want to spend time completing these little adventures when there is no levelling up rewards system? Can we keep up the momentum by creating new quests throughout the year to keep people interested and coming back. We are not a professional games company. Will promoting through Second Life channels bring enough interest to make it all worth while? We don’t have a marketing team with tonnes of cash.

I guess sometimes we do these things just to see if we can and the fun is sharing such projects with our friends.