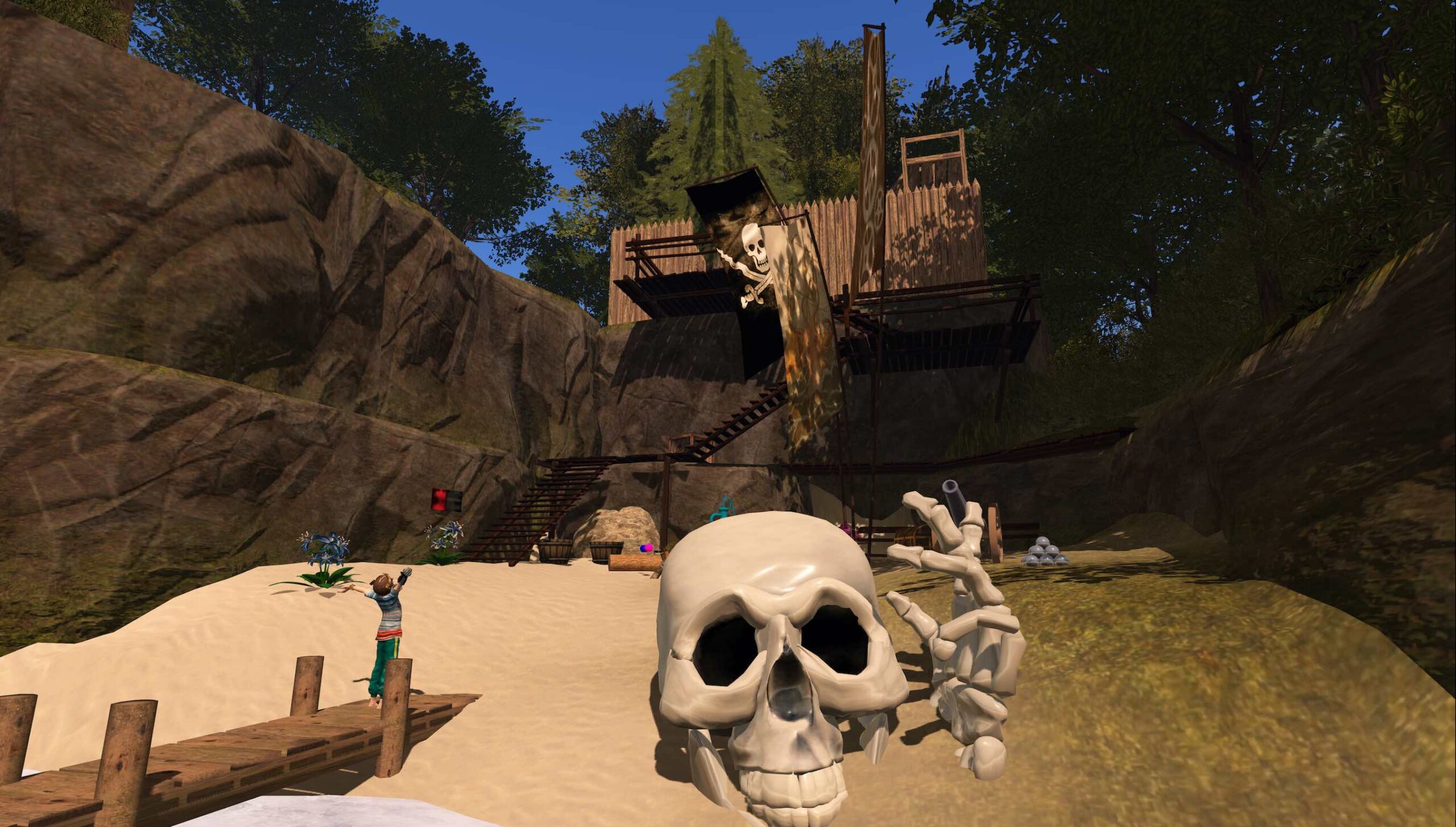 The Island of Escapades in Second Life has been around for ten years. People’s virtual personas call it home. They have countless memories of the island from it’s early days. These are real memories of a virtual place they have helped build and contributed to. At the end of 2020 the island lost one of its longest contributors and i’m at a loss of what to do about it.

Jesper was a quiet person, perhaps due to english not being his native language, but he understood SecondLife and understood what the Second Life Goonies was about. He would join us on countless adventures, take part in all the events. Then he was gone.

As seems to be often the case in Virtual Worlds, I received a message through a friend who had been contacted by a relative of Jespers physical world life. The Message was that Jesper had passed away in his sleep and they thought we should know.

My memory of him is completely of his digital persona, his virtual self, and all those memories are locked in the plot he rented.  His home on Escapades Island was shared with his friend Rick and together they built a pirate fort standing above a beach cove. He collected funny little things i had created years ago and never really changed his plot much.

When you spend so much time in a virtual world, moments like this will start to happen. My friend Sven was the first, then Koffeekid. But the news of Jesper hit me hard.

This is the first time i’ve had to deal with something like this. I have to decide what to do with all of Jespers stuff. If you are not familiar, in Second Life you can create, collect and then place things where ever you are allowed and it will remain there for ever unless returned. Escapades needs to keep moving forward so i have to make a decision about the Jespers land. If i return all the objects to Jespers account thats returning all the tangible things we have of him, and we’ll never be able to get that back. It breaks my heart to think anything left by Jesper will disappear for ever, it’s not like he just left to another platform, it deserves to remain there, his mark on our shared virtual world.

I could put together some form of memorial piece, but it’s not the same as having something he put on the island himself. Until i figure out what to do his plot will remain as it was the day he stopped logging in to Second Life.

1 thought on “Losing a friend in Virtual Reality.”