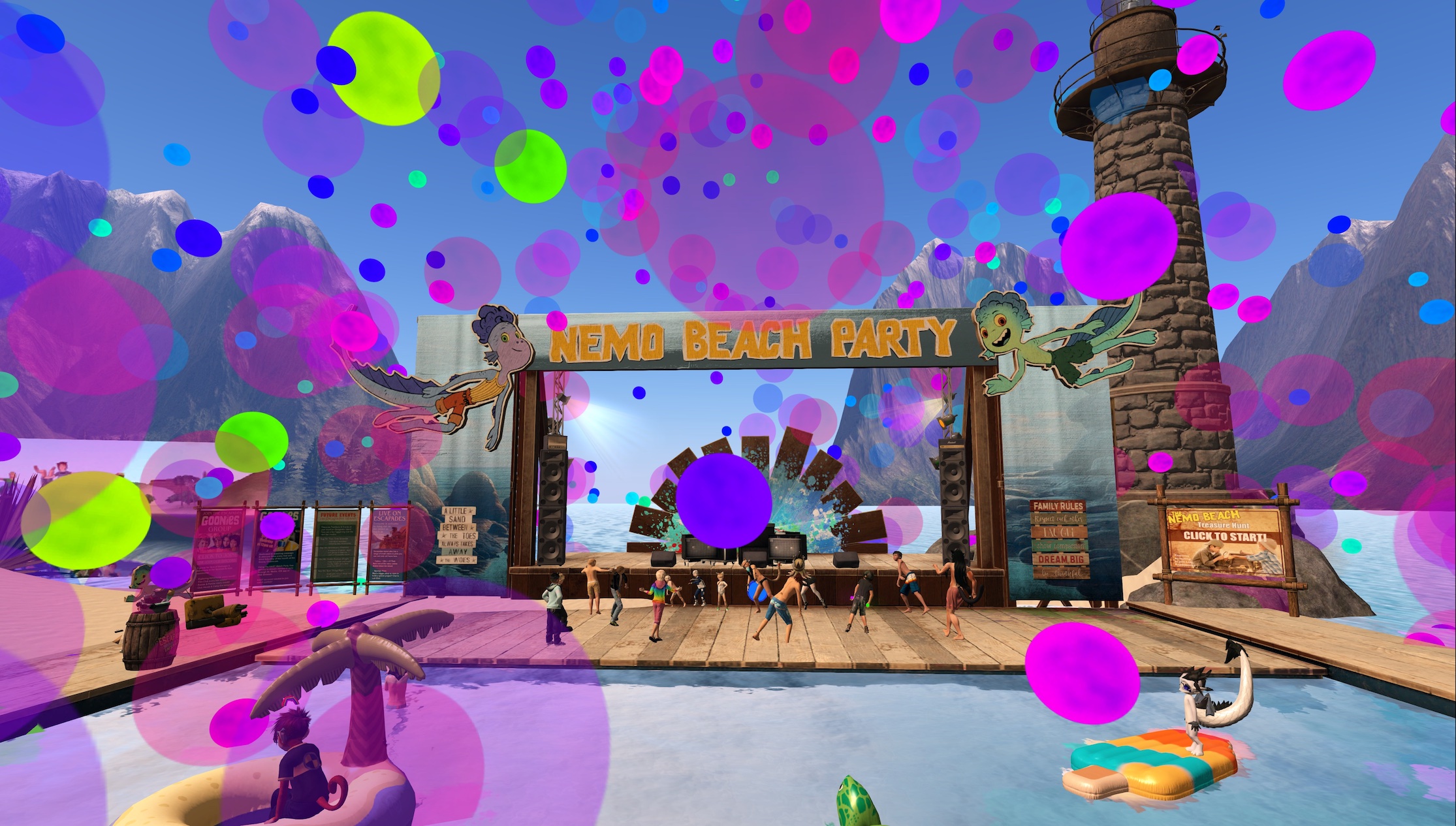 The Beginning of July is now Escapades Island date for holding the Nemo Beach Party. We held the first one last year that comprised of just me DJ’ing for two hours. This year however we upped the game to a five hour event with Live performances and DJ’s.

An event needs to be memorable, and a virtual event needs to leave a memory that feels like you had been there and shared with others. It may seem like we planned this event to be the way it was from the start, but originally when we created the schedule of events for the year this was just another party where i’d DJ for two hours. It wasn’t until Christov contacted me offering to perform his acoustic talents that things started to change.

Then Star Porter stepped up to do an hour performance of Violin and Spanish Guitar and all that was left was to find another DJ to top off the day, and who better than DJ Karma. It was then i realised we’d need a proper stage for this event so i set to work making a wooden stage befitting of beach side party. I also took the moment to update the Nemo Beach Lighthouse.

I wasn’t sure if on the day anyone would come. I had left all the promoting to my friends but as the party started a steady stream of people appeared to enjoy the sun and music. It wasn’t all about parking your avatar to listen to music either. We had plenty for people to do other than dance, from riding crazy water vehicles, zip wires and a Treasure Hunt quest game.

Christov proved again his talent at combining multiple layers to his solo performance, playing a superb mix of classic and modern songs that gave a real sense of being at a festival. While Star’s dream like guitar contrasted, lifting the event to that of an arts festival. I found myself looking away from the stage at the surrounding island, picture perfectly soundtracked by Stars melodies.

DJ Karma finished the event with a stomping collection of tunes, and when his set was finished, it felt that maybe the party could have gone on longer. Maybe next year if more people are interested in DJ’ing or Performing live we’ll do a longer event and call it Nemo Beach Festival instead of a party.

It was a fun and fresh event and im grateful to Christov, Star and Karma for giving us their time and talent, and thanks everyone who came along to enjoy the party. 🙂

For those who missed it or those who want to relive the Nemo Beach Party, i Twitch Streamed the event and created some highlights.