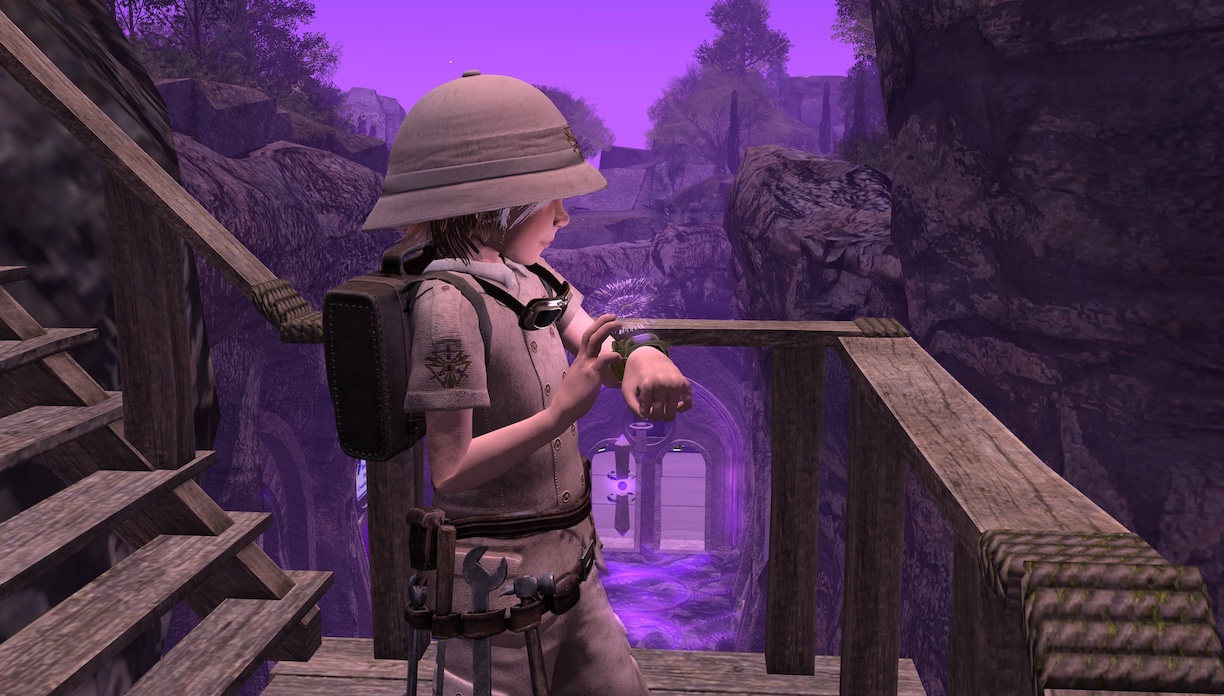 The Children of Stories young at heart role-play group returns for Fantasy Faire 2021, and ANYONE can join the gang to role-play the story as it unfolds over the coming week.

This year the group will be playing the class rejects from the Society of Extraordinary Explorers. Sent to aid a mad archaeologist Professor Krakpotter as he excavates the mysterious Amethyst Rift. Using their special magical Wrist Toolkits, students of the S.E.E will be able to discover the secrets buried in this ancient land.

“The ancient but mysteriously preserved home of powerful magic users who vanished long ago, the Amethyst Rift is a city, or perhaps a temple complex, carved into the walls of a deep fissure in the rock at the convergence of several major ley lines. The magic there is so strong that it still flows in pulsing violet waves visible even to those without second sight. “

All through the Fantasy Faire week there will be role-play encounters and events that will tell a story while also helping raise funds for ‘Relay For Life’. You can participate in the story or simply stand at the side watching others. Enjoy it how ever you feel most comfortable.

• There are two Role-play starter Kits that includes Uniform Top, Pants & Boots or Helmet, Satchel, Side Pouch and Wrist Toolkit Gadget. (all proceeds of which go to Relay for Life)

• There is an event board with a schedule of times that encounters, quests or music events will take place.

• Have fun and explore the rest of Fantasy Faire as a student of the Society of Extraordinary Explorers.

Learn more and catch up on the unfolding story by visiting the page on the Fantasy Faire Website.

2 thoughts on “CALLING ALL YOUNG AT HEART, THIS IS #FANTASYFAIRE 2021”