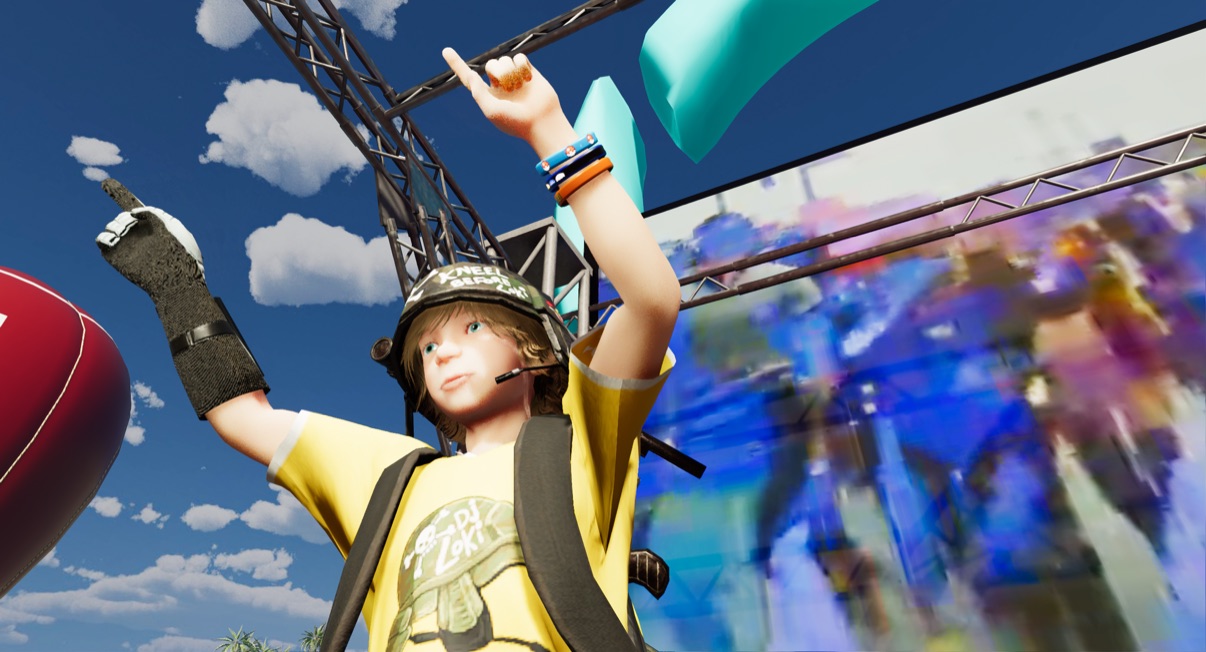 Sansar, the successor to Second Life, that shining light leading the new wave of Virtual Worlds in a new era of immersive VR technology with fifteen years of experience behind it.

Well it didn’t exactly work out like that. For what ever reasons, VR overhype, bad management or Trump, Sansar ended up not pulling in the users needed to satisfy the right people and ended up being sold across the street to Wookey.

But that was nearly a year ago and i’m still using it so what do i think it has become and should i dare postulate where it might be heading?

Sansar has a lot of interesting features left over from the Linden Labs days, such as built in customisable avatars, a quest system, built in store, and world creation, but these features don’t necessarily reflect what Sansar is now focussed on.

When Wookey took over, the remaining small Sansar team announced they would focus on events hosting.  While groaning at what seemed at the time yet another pivot, i did like this idea. In the past my favourite experiences in Sansar was when they hosted events at Comicon or Star Trek con where we would meet people trying out VR and also the occasional celebrity.

Then Sansar teamed up with Shangri-la of Glastonbury fame hosting Lost Horizon Fest, the closest we were going to get to Glastonbury Festival during the Covid pandemic and that blew my mind. The experience i had with friends i managed to drag over from Second Life will be ingrained on my memories for ever and was exactly what i wanted from Virtual Reality.

So now Sansar is a Virtual Events hosting service collaborating with Music and other entertainment brands. Having guest appearances from such stars as Wil Wheaton. It has an entire internal side to it devoted to streaming video of it’s collaborative events via streaming services and a dedicated Mobile App and i have no idea how many tune in for these events.

How successful is this events focus? it’s still a matter of debate in the Sansar Discord. Some still imagine Sansar developing into Second Life 2.0, some don’t think Sansar can even be classed as a virtual World anymore, rather a place you log into for specific events then leave once the event is over.

When promoted well the collaborative events can pull in a good number of people. In between these events though Sansar struggles to maintain enough concurrent users to be a virtual world. Perhaps this does not matter, an unnecessary metric for success? after all football stadiums are never full of people all the time.

For a service that allows you to go hang out at a virtual festival to watch and listen to relatively big name artists, the features for customising your avatars and the option to build your own worlds there seems overkill. Are these features now just left over from it’s days with Linden Lab?

While i love the events, they do seem separate from ‘user’ generated worlds and events, almost like there are two platforms in one. The user generated worlds created by users and the Big Promoted Events of the collaborations. Event attendees for the big promoted collaborations can come and go perhaps without even knowing there are all these other worlds and experiences in Sansar.

In a way i’m happy with what Sansar has become. I remember being worried that i wouldn’t be able to cope with being in Sansar as well as Second Life, but the Sansar Events allow me and my friends to go on ‘trips’ to Sansar for a festival or party. It’s not the virtual world Second Life users hyped it would be, but it is good and it is different. Hopefully it’ll continue to evolve and hopefully people will discover it.

2 thoughts on “Sansar – what it has become.”