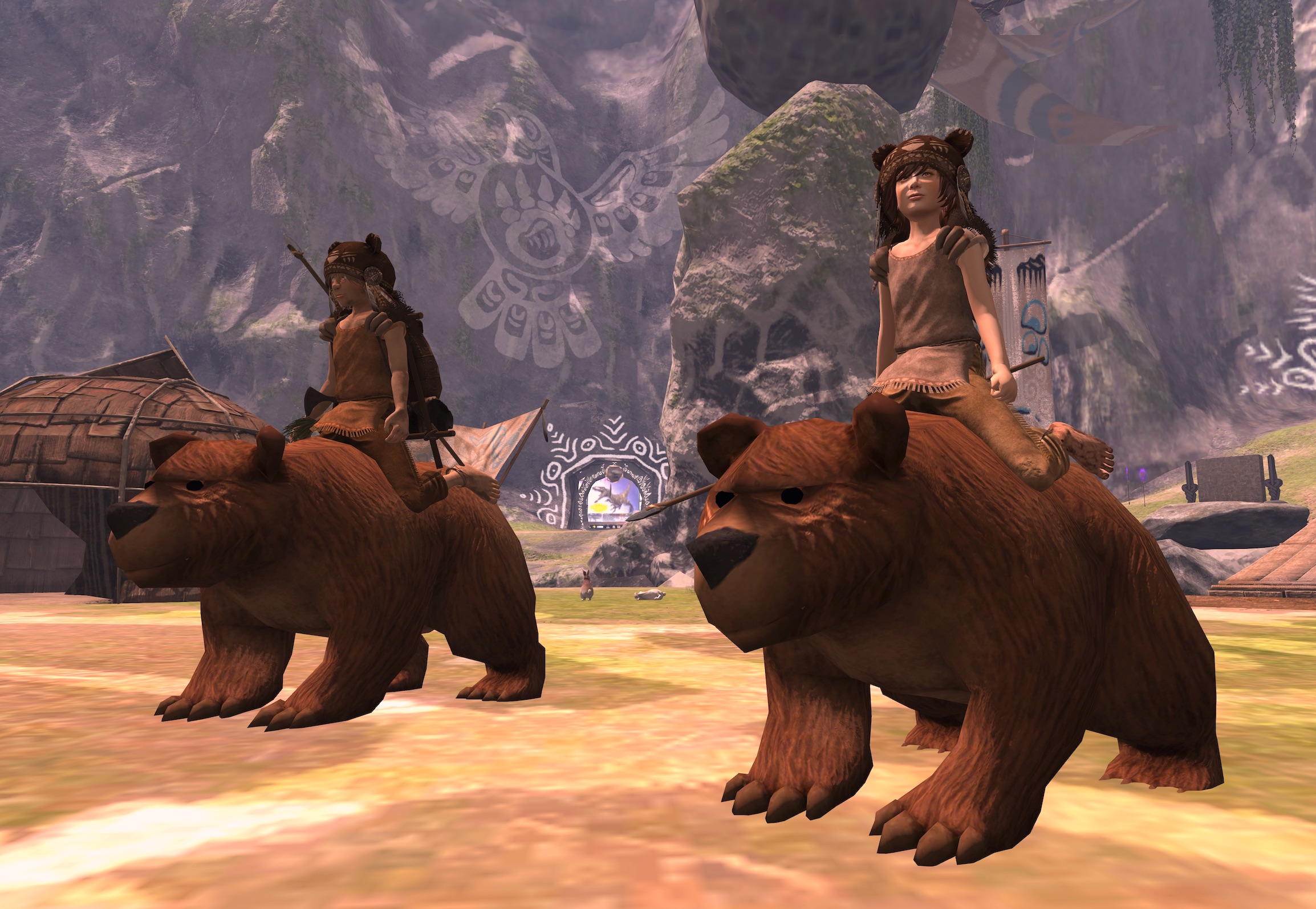 At fantasy Faire there is a role-play group for Kid Avatars and young at heart, and ANYONE can join the gang to role-play the story as it unfolds over the coming week.

This year the group will be playing the GRIZZLY CUBS, a bunch or orphaned kids brought up by the peaceful bears of Kuruk. The Spirit Valley of Kuruk was once a place of fierce battles between the Bear Tribes and the Giant Yeti. Once the Yeti was defeated the Warrior Bears turned to a life of peace, but the heroes of that turbulent time are still remembered and idolised by the Grizzly Cubs who have taken it upon themselves to protect the valley.

The Spirit Valley is full of picturesque spots to relax and reflect on life as you explore and uncover the many story stones that tell the Valleys rich history.

All through the Fantasy Faire week there will be role-play encounters and events that will tell a story while also helping raise funds for ‘Relay For Life’. You can participate in the story or simply stand at the side watching others. Enjoy it how ever you feel most comfortable.

• There is a Role-play starter Kit that includes Bearhat, Cape, Top & Pants, Spear, Claws and a ridable Bearcub. (all proceeds of which goes to Relay for Life)

• There is an event board with a schedule of times that encounters, quests or music events will take place.

• Have fun and explore the rest of Fantasy Faire as one of the Grizzly Cubs!

Learn more about the Grizzly Cubs on the Fantasy Faire Website