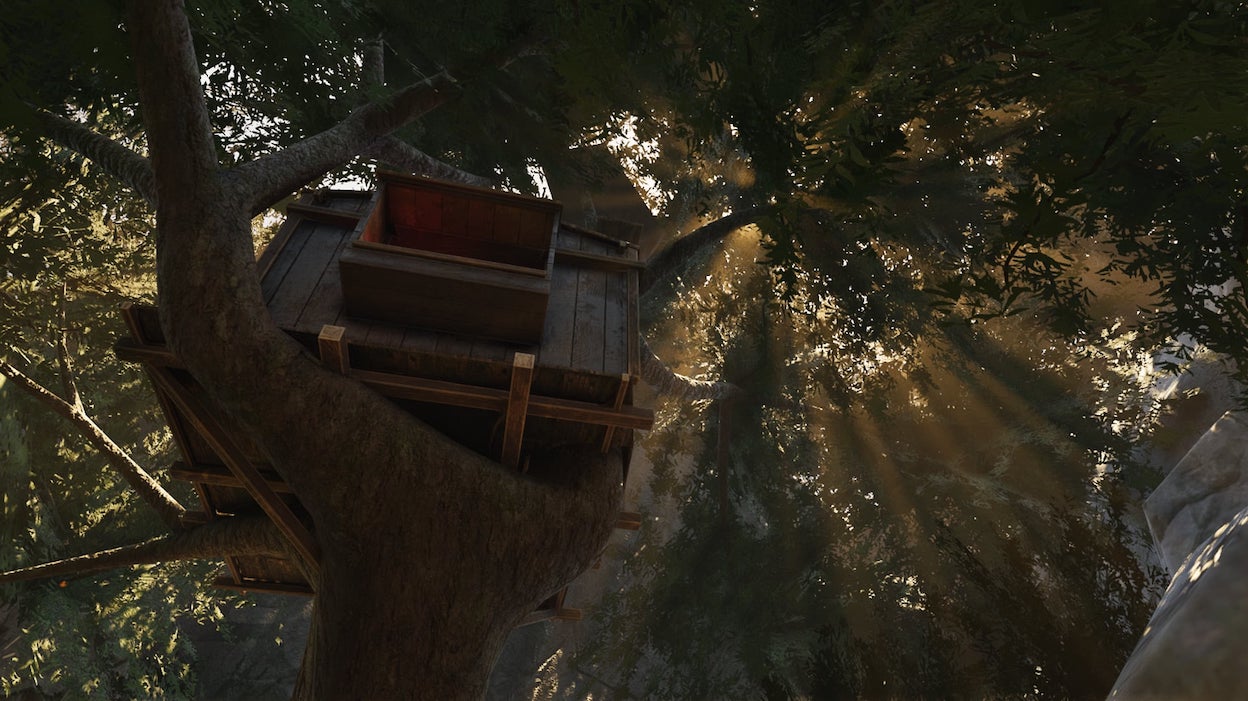 Regardless of Brexit still on going, Sansar hitting a ‘reset’ button, Second Life upping virtual TAX, VR in general still being Niche and Apple making their products worst, i still managed to remain optimistic about 2020, i guess im just that kinda of person.

Along side writing this blog every new year i create also a visual plan of the coming year with projects to be achieved. In 2019 i managed to do all but one column, basically anything to do with my second Life Avatar products.

We managed to pull off a great Fantasy Faire role-play story, I helped create an indie horror movie using elements of Virtual Reality to film Cgi sections, Created a tree house in Sansar and VRchat. We also continued to expand the rebuilt Escapades Island in Second Life to a point where it actually feels complete having a great Anniversary weekend. While things like Sansar and other virtual worlds are still a struggle, Second Life at least was a blast.

Anyways, here is my list of things i hope to achieve in 2020.

Sansar had a very odd year. Things were looking promising at the start of 2019 but took a strange turn half way through when the wheels fell off and all the employees dropped out the bottom. In trying to boost retention of new users Sansar has finished the year in a bit of a mess in terms of direction and broken features. But at least Sansar is still around.

High Fidelity collapsed while VRchat seems to be doing well regardless of the ridicule it gets for being childish and cartoonish, OK VROOMER. Maybe being childish or immature is a natural element to creating a virtual persona in SocialVR before maturing over time. When i first arrived in Second Life i created Loki and pretended to be him, and over time i slowly became Loki. Are we wrong to assume people who just start out in social VR will just be themselves or take on a virtual role? Maybe some social VR platforms are simply not going to work if this Virtual Self Actualisation journey is not allowed to happen?

In 2020 i will continue to build My Treehouse and explore whats possible with Sansar. I’m still waiting for the day i can sit down on my VR couch using full body tracking because the graphical fidelity is still superior to every other socialVR platform even if everything else is behind everything else.

With Escapades Island complete i hope to focus on adding stories and quests for visitors to explore the island. Second Life has a rather fixed userbase who know how things work and need entertaining and thats my job there. I’ve been working on a system that would allow the easy creation of quests on Escapades set around the mysteries of the island. The Hope being that new adventures and stories can be created during the year with little effort.

During 2019 we started having more social events at the island to bring the island community together. Movie night was good fun and we’ll continue that, but i hope we can hold special events through the year based around made up island traditions. Traditions give users something to feel connected to the place, and to the others they share the experience with.

I experimented with Animesh throughout 2019 to create various characters and bad guys. I’d like to make some really dynamic characters that can interact with visitors and give clues and suggestions on what to do there.

I think in general the theme for 2020 in Second Life will be to ‘flesh out and build upon 2019’. There is still lots to explore and we STILL have the Environmental Enhancement Project to look forward to after over a year of waiting.

This was actually a 2019 project but after talking to Gemini it was decided to delay the rebuilding of the Second Life Music Club until 2020. This was a good call because during the fall i ended up in hospital which completely destroyed all my plans at the end of 2019.

I’ve already got the basic design and plan to start work on it pretty soon for a march release. It’ll be quite different from the current Vortex using the latest fun building techniques, but i hope will still retain the Vortex feel people have come to expect from the decade old virtual dance club.

Im on the list to create a Faire Realm for Fantasy Faire 2020 in second life as part of Relay For Life. I only had a minor role in 2019 helping with the community role-play groups but am looking forward to creating my third full scale fantasy Environment and first Fantasy Faire with animesh.

I did not do anything new with Loki Avatars during 2019. I was burnt out by Avastar and Clothes making. I did look into Marvelous Designer as a possible new avenue to making clothes for both Sansar and Second Life, but in all honestly i was sick of making clothes and avatars.

So in 2020 i may have one last go at making avatars for Second Life. It was always planned that i would create a second wave of characters for my Loki Avatar range so i may decide to go ahead and do just that in 2020. One reason for doing so would be to incorporate the ‘bakes on a mesh’ feature for easier custom skins. Another consideration would be to make it more compatible with clothes created for tweenster.

But with the Avastar plugin still not available on Blender 2.8, the prospect of this one could be slim.

Have a Great Year!
Being a VR enthusiast feels like a race against time… or facebook… to make relevant social spaces. It’s comforting to know that Second Life is my rock to come back to while everything else is tossing and turning. Come on 2020, please be a good one!

5 thoughts on “My personal hopes for Virtual Worlds in 2020”