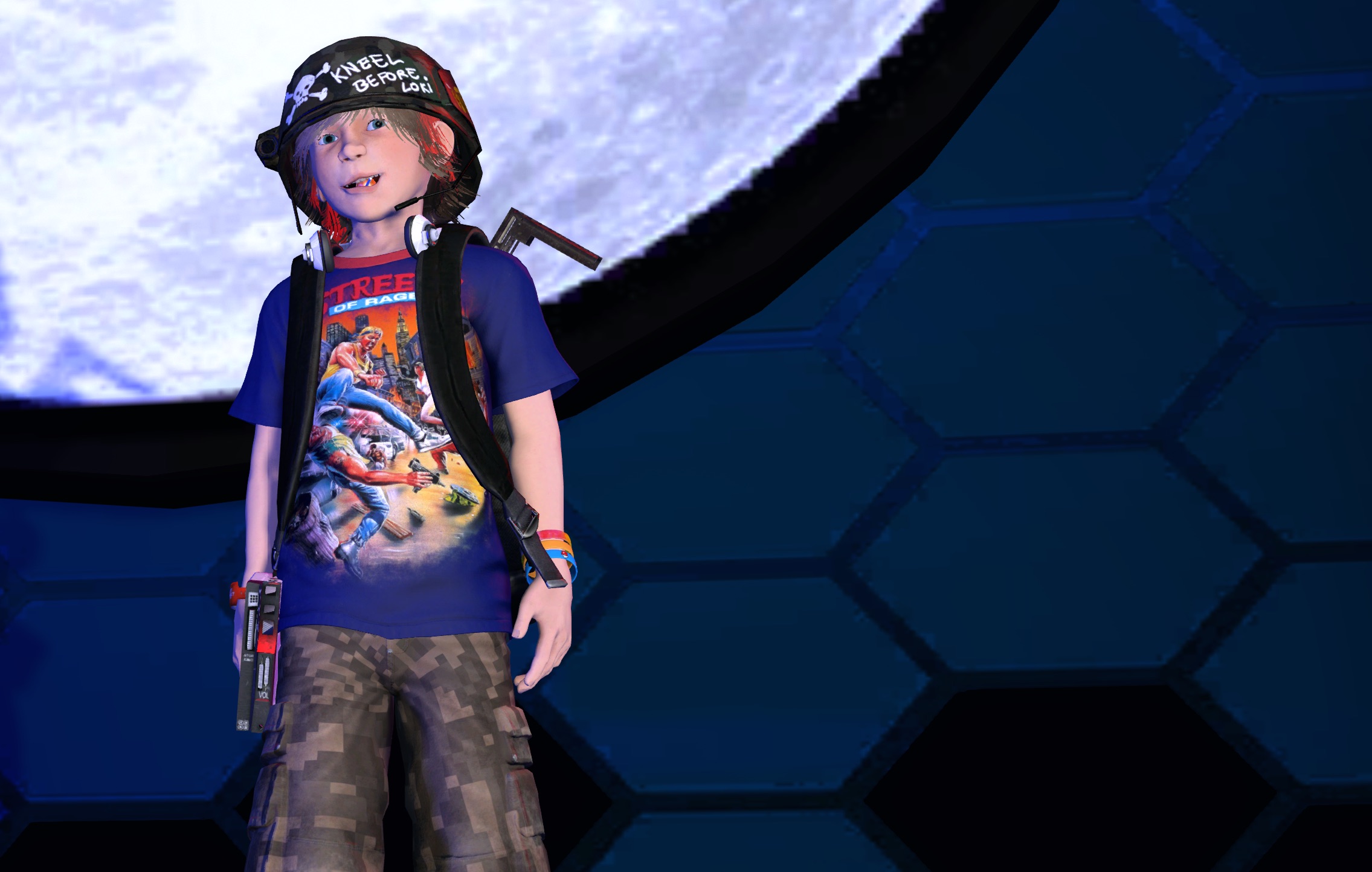 On Monday my Second Life Avatar reached fourteen. It’s funny having to go through the terrible teens all over again and wonder if the mood swings about virtual reality has anything to do with it.

My avatar hasn’t changed much in Second Life since the previous year. I’ve taken to wearing my Colonial Marine Helmet pretty much all the time, it’s become part of my character now. I did however create a new hairstyle that follows closer the hair i made for my Sansar doppelgänger (Who died in the great purge).

Second Life currently feels ‘stable’ with the rebuild of Escapades Island complete and the rentals taken care of thanks to very kind sponsorships, it’s now a project of making games and fun things to do there rather than constantly worrying about the monthly Tier.

Last year i wasn’t very optimistic about Second Life, or Escapades Island but i can safely say that i’m very happy right now. We have a great community and we are still doing fun things such as weekly music shows, Adventures, Film Nights, so unless Linden Lab are bought out by Facebook, the future looks great on the worlds most popular feature rich user generated desktop virtual world. Any other desktop virtual world is pointless endeavour 😛

Thank you everyone who sent me happy rez day messages 🙂