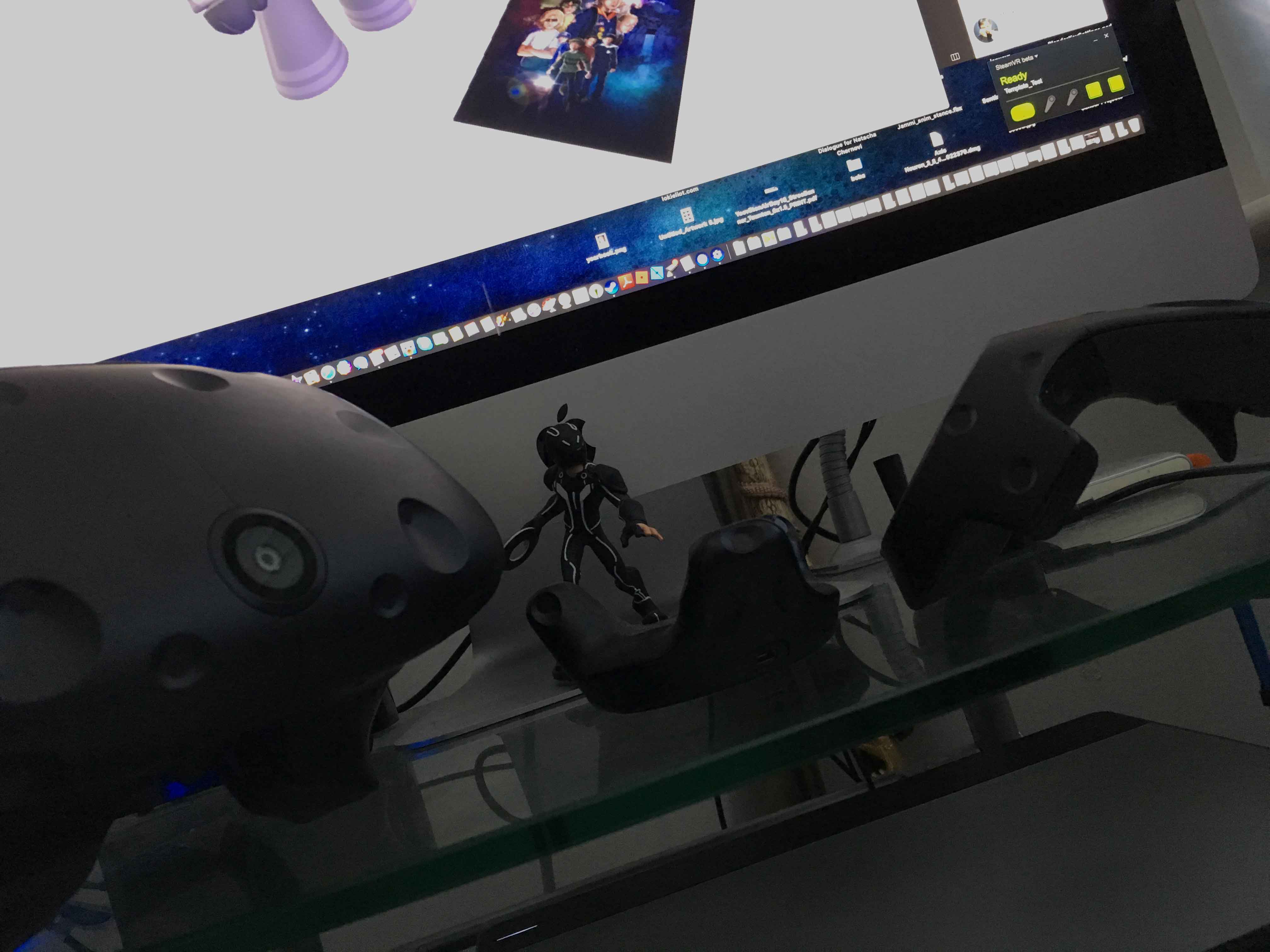 This time last year i was waiting for apple to release a new Mac any Mac as a sign of there being continued progress from apple in the desktop market. I’m fed up with Apples obsession with shiny health trinkets and Music. Apple did finally release a new iMac but to my surprise they also demoed support for VR, specifically the Vive Headset. Big shiny tech media articles shouted with enthusiasm that VR had finally come to MacOS. 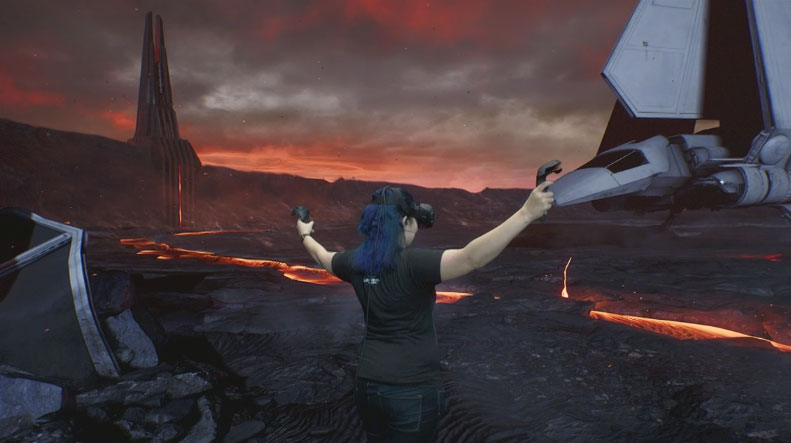 A year later and you’d be forgiving for thinking it was all just a dream. The XLab demo showcased at the Apple event is no where to be seen and the supposed HTC Valve support for MacOS is not mentioned at all on their website. But Mac DOES support it, i know because i made my own experiences for it.

SteamVR does have a MacOS Version of its client. It’s over a year old now and still does not include many of the features the Windows version has enjoyed for years now. There is no SteamVR Home feature and the built in menu (when it works) has no point because there is only one mac native VR game (as i know) called Blobby Tennis.

Unity3D supports the creation of VR applications native to MacOS. Once you figure out which version of unity to use (2017.2) and make sure its using Metal2 api, it’s actually quite simple to set up a template using the easy to configure SteamVR plugins and templates pack. I made a few kool tests creating spaces with a temple, animated objects, tracking a vive tracker. I let my Nephew explore a massive minecraft cathedral i downloaded from Sketchfab.

Oh well, back to the 3D Printing drawing board, in the mean time i made a small brief VR experience for my Nephew using a model downloaded from Sketchfab by Patrix, imported to Unity and run natively on my Mac pic.twitter.com/1QZw01ljxi

But no ones developing VR for MacOS

All the major Virtual World VR experiences such as VRchat, HighFidelity, Sansar are windows only, which i guess is understandable if i am the only Mac VR user in the village. (Technically HiFi allows mac support in desktop mode)

It’s frustrating, especially when im using a Mac to make content that can be used in these spaces. I created a VRchat Avatar easy and uploaded it to VRchat then had to reboot into windows in order to try it out.

Bootcamping Windows on my mac is what alot of people have told me to do, and thats fine for a while but ive learned that bootcamped VR on a mac takes a resolution hit and is no way as clear an image as when run natively in MacOS.

In October last year many tech news sites reported that the latest version of Parallels Desktop which runs windows in a window on Mac OS had gained VR support. This turned out to be fake news, as not only does it not work, the Parallels website has no documentation mentioning VR support.

The one place where a Mac user might find VR Support is WebVR that allows VR Users to access VR experiences via a web browser cross platform. At the moment the only MacOS supporting WebVR Web Browser is Firestorm Nightly. A the time of writing this MacOS WebVR support has been broke in the latest version 62, in order to run WebVR with SteamVR you have to download version 59.0a1. One step forward 3 steps back.

I would like to put aside more time to explore VR on MacOS. I want to make my own Aech’s Garage, a specific demoing and building space where i can work on new ideas. Maybe I could build little MacOS VR Experiences and make a killing on Steam, but maybe there is no point if i’m the only Mac VR enthusiast. Eventually one of these VR worlds will open up to Mac users and allow me to then export across my experiments. Until then i’ll be tinkering in my VR Garage and perhaps posting WebVR.

Playing with the Vive Tracker in unity on a Mac pic.twitter.com/f5lsa19nWB