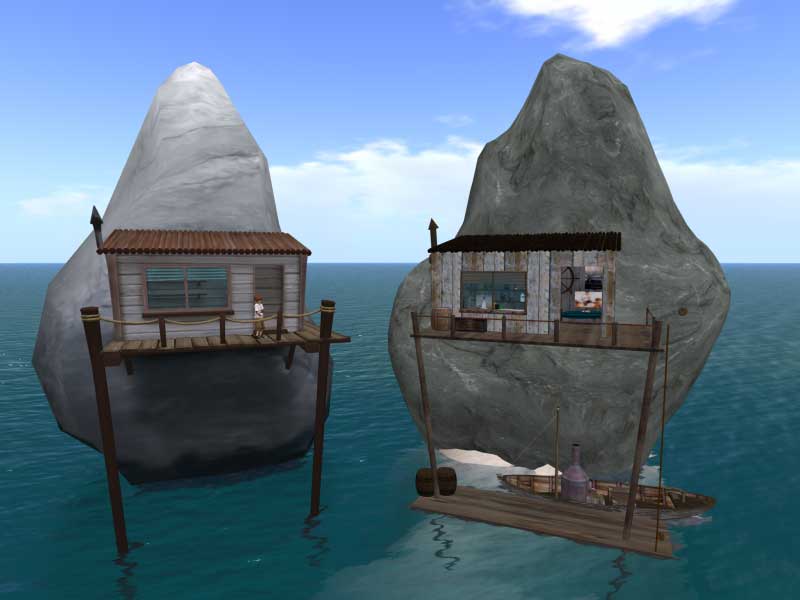 Those following me on Twitter will have seen tweets as i set out to recreate my little Cabin on Escapades Island.
So far with Mesh i have grappled with creating clothing, zombie worms and an AirShip, but i had yet to try making a building out of Mesh. Compared to rigging clothes making a mesh building should be a lot easier :-p 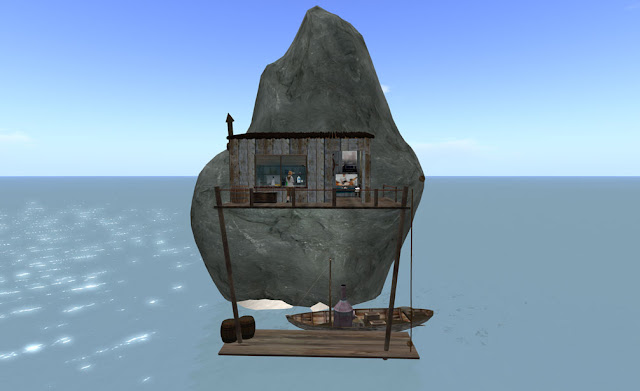 Start with cube
Using the free Blender 2.6 i started creating the initial walls and built up the shape. I created several parts to the new cabin keeping things such as, the cooker, roof, windows and floor planks as separate ‘Objects’ within the blender file. Each part had it’s own UV Texture map. 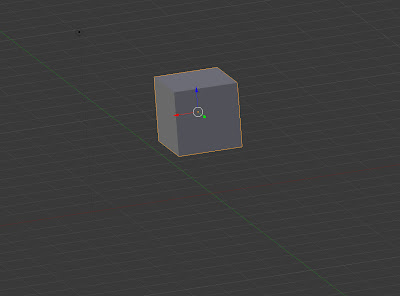 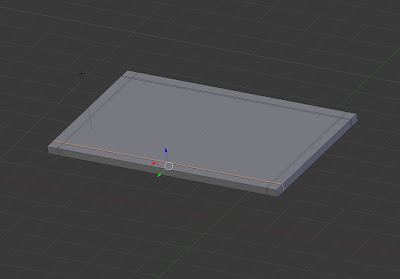 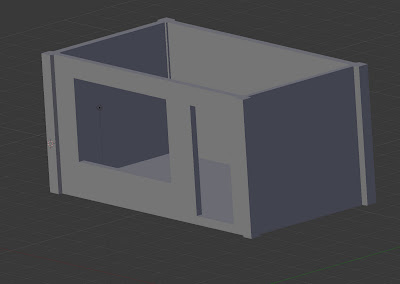 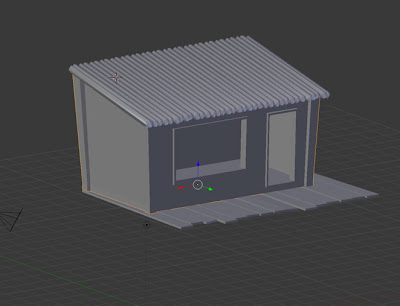 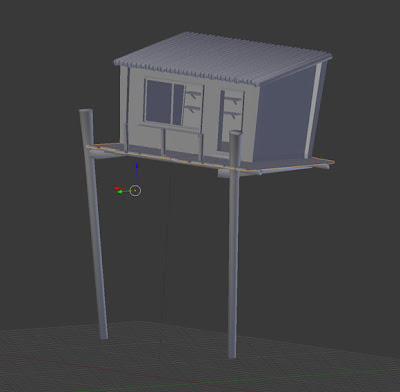 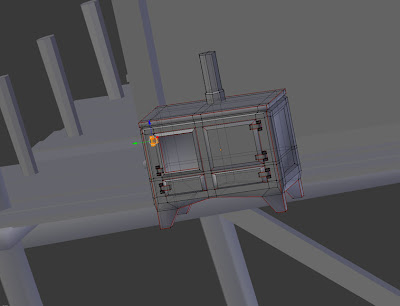 UV Mapping
UV mapping is a very important part between modelling and texturing. It’s an art form in itself and can take up a lot of time to perfect. When you create UV maps for buildings, you want to try and keep UV shapes close to the shape of the walls. It’s very easy to ‘Un-wrap’ a UV and end up with stretched or squished shapes. If this happens you can edit the UV map and reshape UV’s to the shape of the surfaces to be textured.
When it came to texturing the Walls i discovered i had made them badly making it rather impossible to UV-unwrap nicely so i had to pretty much delete the walls i first made and start again.
Texturing
I have recently been playing Star Wars: The Old Republic and had be interested in the texturing used in the game. They used quite low detailed soft illustrated textures and so i decided to try a similar style texturing for my cabin. I used reference textures of wood from google search and added bur while modifying with paint strokes to give a more illustrated feel to the textures.
Another benefit of texturing mesh is you have more control over stuff like shadows and lighting. I was able to add a glow from the cooker onto the canon floor and shadows under the table and shelves. 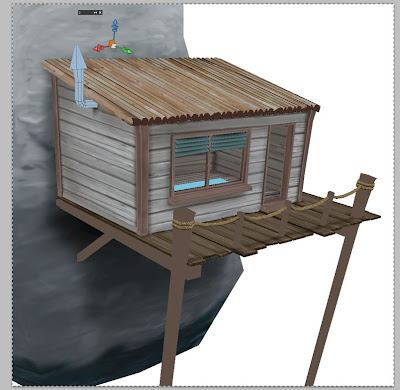 Comparing Old to New
Part of this project was also to see the differences between my old cabin and a new mesh cabin, not just by its visual and prim counts, but also by how much it weighs on the server and your computer.
You have to realise that Mesh is not simply about creating awesome looking detailed objects. It is about creating stuff that is more efficient for you computer to download and display in the Viewer.
It’s the Count that Counts!
Linden Lab have added a new tool you may not be aware of. When you open the build/edit window, next to the Objects Land Impact is ‘more info’. This opens up another window that calculates numbers to represent aspects of an object you never really think about.
Objects = how many grouped/linked items are selected.
Prims = how many Prims make up the selected item, that includes  mesh, sculpts and basic old prims.
Download = represents an estimation oh how much it costs to download i.e. how quick it is to load
Physics = represents how much physical energy it costs. i.e. how much energy used to roll a ball over.
Server = represents how much server attention costs. i.e. how much attention the sever has to spend watching your object.
Display = represents the cost to display your item in the Viewer. i.e. how much processing power your computer uses to display your item.
Land impacts = the new form of counting object costs, replacing Prim counts with Land Impacts. 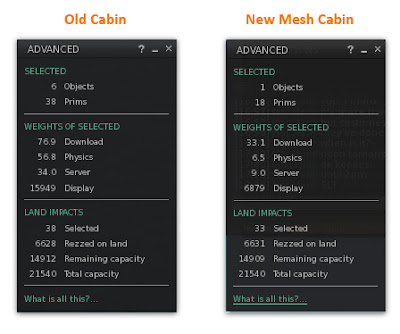 So comparing the two cabins is quite eye opening. In every category the Mesh Cabin is less than half of the costs of the old cabin. If these numbers are anything to go by, once i convert most of my builds to Mesh, the SL viewer should display them with complete ease while the server runs as smooth as…  oh but to dream :-P.