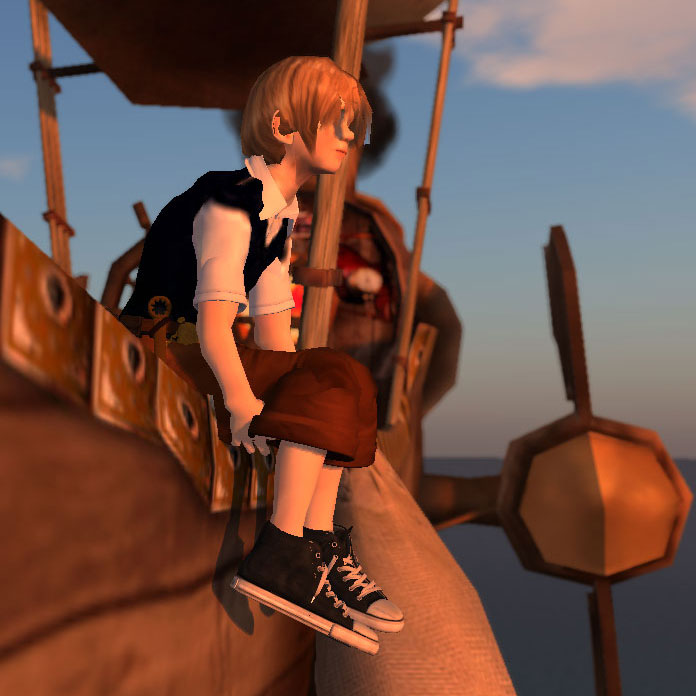 Predictions for SL have started popping up and for the most part they paint a rather pessimistic view.

I think last year most of my friends and i were tired of the stagnation, but blimey what a year 2011 has been!
So i’ve decided to list my predictions for SL which will express my optimism that has grown through out 2011.
What ever happens next is built on progress gained from 2011….
1. Content creators will create the biggest and strongest change.
Is it me or are people forgetting that SL is made by US!. When Rodvik first arrived he expressed that Second Life is OUR world and the most interesting part of it is OUR creative energy. If SL is going to grow it’ll be in some way down to us creators and what we build. It’s up to us to embrace the tools LL have been working on through 2011 and to use them as best we can to create fantastic places, games, experiences, role-play havens or social environments.
2. Market place will become even easier and more efficient.
The new magic-boxless Marketplace is almost here allowing anyone to sell their creations on marketplace directly from their inventory. This will hopefully remove dramas such as crashing before deliveries etc. In world stores will find it difficult, and i saw some very old stores pack it in this year. It’s a changing world, the game is changing just like in the real world.
3. More land will be used to host games and experiences to subsidise tier costs.
It was easy to rent out land for people to set up shops. It’s not quite that easy to rent out land to set up micro-payment games and experiences. I still do not know exactly how the new gaming tools will be implemented. Will they be new scripting rules, or will they be options available in build edit or land tools? In any case from what Rodvik has blogged the Lab seem to be working on making it easier for you and i to create interactivity in what we make. It’ll be up to us weather we use the tools to  charge people for entertainment.
4. SL feed integrated into other SL features.
Currently you can follow people, tag your current location and upload snapshots. It would seem silly to have the SLfeed and not have it tied into the destination guide, or on marketplace. I assumed that LL would simply ad a ‘love button’ by now. It would also be nice to have a simpler way to ‘LOVE’ your current location with one click.
5. LL will create a mobile project that allows us to share creative aspects with the mobile world.
Cant really predict what this will be. It’s interesting what ever it is. The last new product from the Lab was a gated business orientated conference flop and did not involve the current SL user base. What i hope is that what ever Rodvik and his team unveil in 2012 it will thrive on the freedom of creativity the current SL users spill out.
6. Linden lab will fix notifications.
Ok so this is a HOPE more than a prediction. I hate the viewers notification system, i think its dreadful and has been for the past 2 years. I basically use my email client to store and organise offline notifications because SL Viewer lumps it all together in a tiny corner box and sometimes not at all. It just feels like a broken mess, so I’m hoping LL are working on new ways to present, store and organise notifications from groups, receiving items, offline messages, SLfeeds etc.
7. Destination guide will have to evolve into something more universal and dynamic.
Currently Linden Lab see the destination guide as a way to present places of interest to new users. But anyone can see that it is one of the best ways to find a place to visit no matter how many years you have been in SL.
If Linden Lab want people to build and submit more games and experiences, then they will need to create ways to better manage visitors. I can’t have over 2000 people arriving at my private region without it causing major lag and a terrible experience. The destination guide will have to change somehow or new users from the login screen will be continuously forwarded to places so full of people they will have the worst first experience.
8. Old users will loose out to those who take hold of new features and brave the lag of progress.
Not much i can really ad to that.

Im very excited about 2012. I do not see SL disappearing, i have to many projects on the go, to many friends enjoying their time in SL. If you think SL is not going to survive 2012, maybe you are just not interested anymore and are just predicting the demise of that interest. And from what i have witnessed through my attempts at making games in SL, there are plenty of people who are still exploring what SL has to offer.