Just a  quick post about some things that happened recently on Escapades Island in Second Life…. 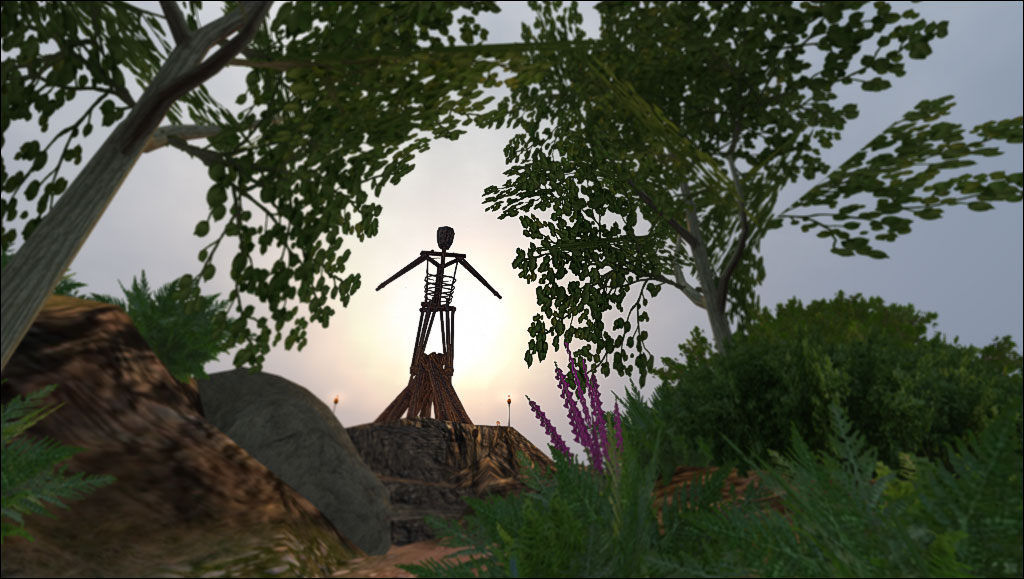 Following right on the heels of the successful Fantasy Faire was the annual Burning of the Wickerman on Escapades Island. After the frustration of being sick during Fantasy Faire it was a relaxing joyful experience to be joined by my friends for the parade up the mountain side to perform the ritual to burn the wickerman for the 12th year in a row. 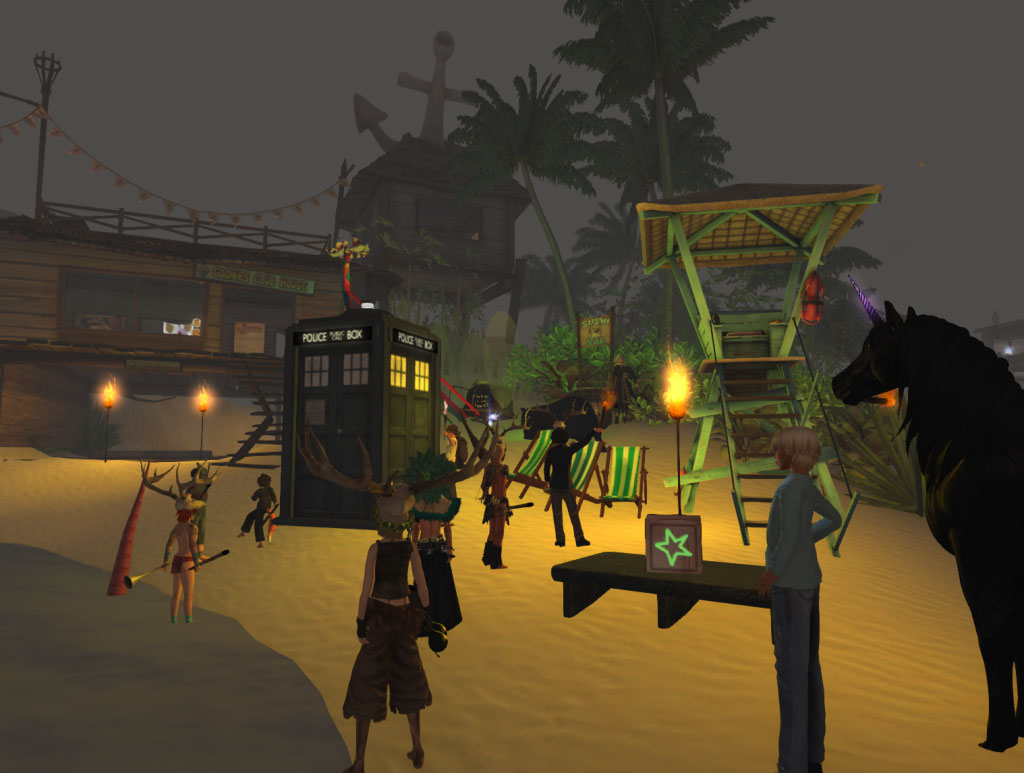 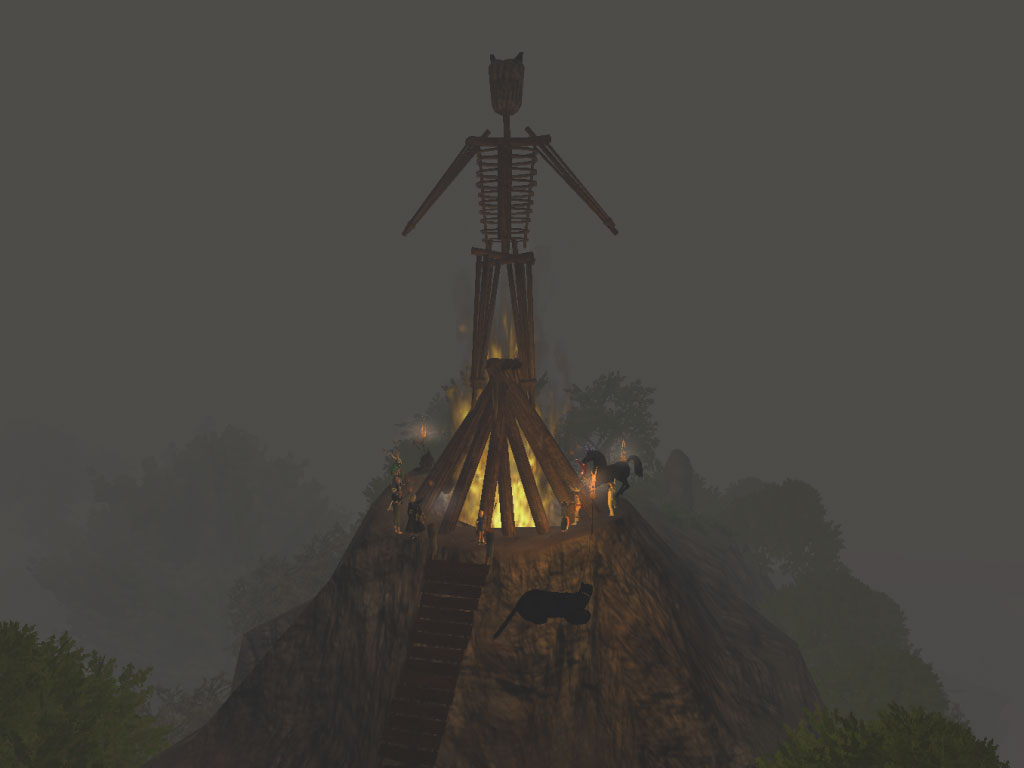 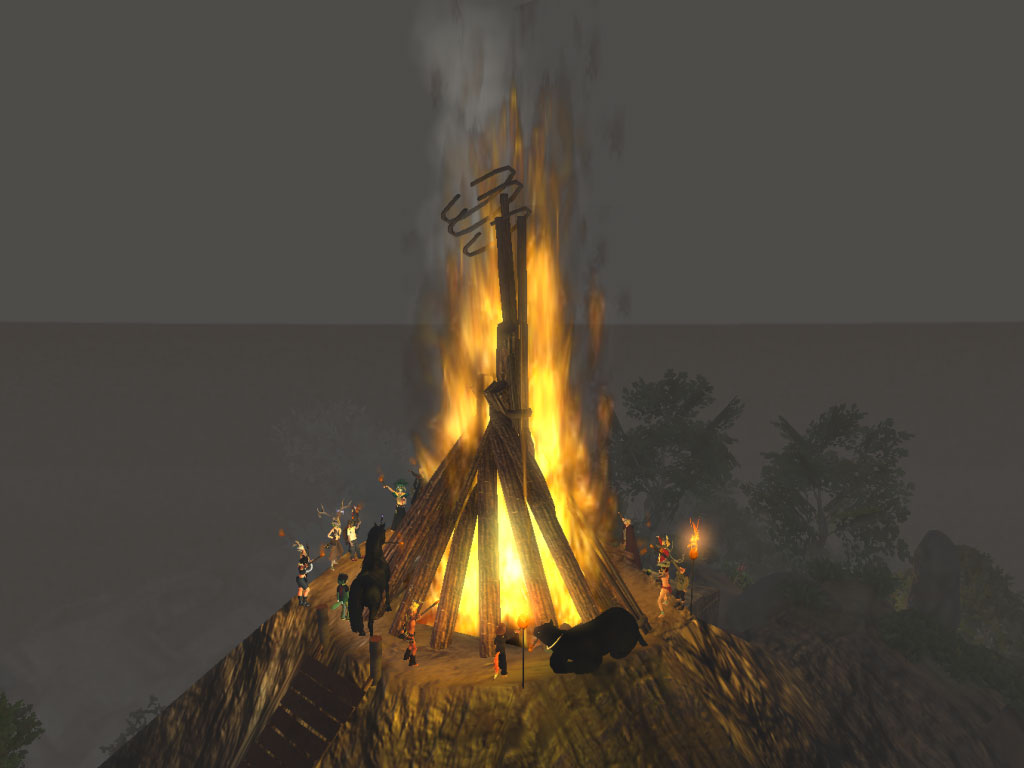 It’s basically the same thing every year with the same musical soundtrack but for some reason everyone loves it, everyone gets a feeling of belonging in this vast sprawling virtual world.

I never film the Wickerman and rarely take pics so i leave that up to the others to record. Check out Strifeclaws Flikr album of the event.

A week after the Wickerman was the Eurovision song contest which has also become a sort of tradition on Escapades Island. The idea of friends from many of the contributing European countries all sitting together in Virtual Reality watching and laughing together is one that for me captures the whole point of the shared virtual spaces. 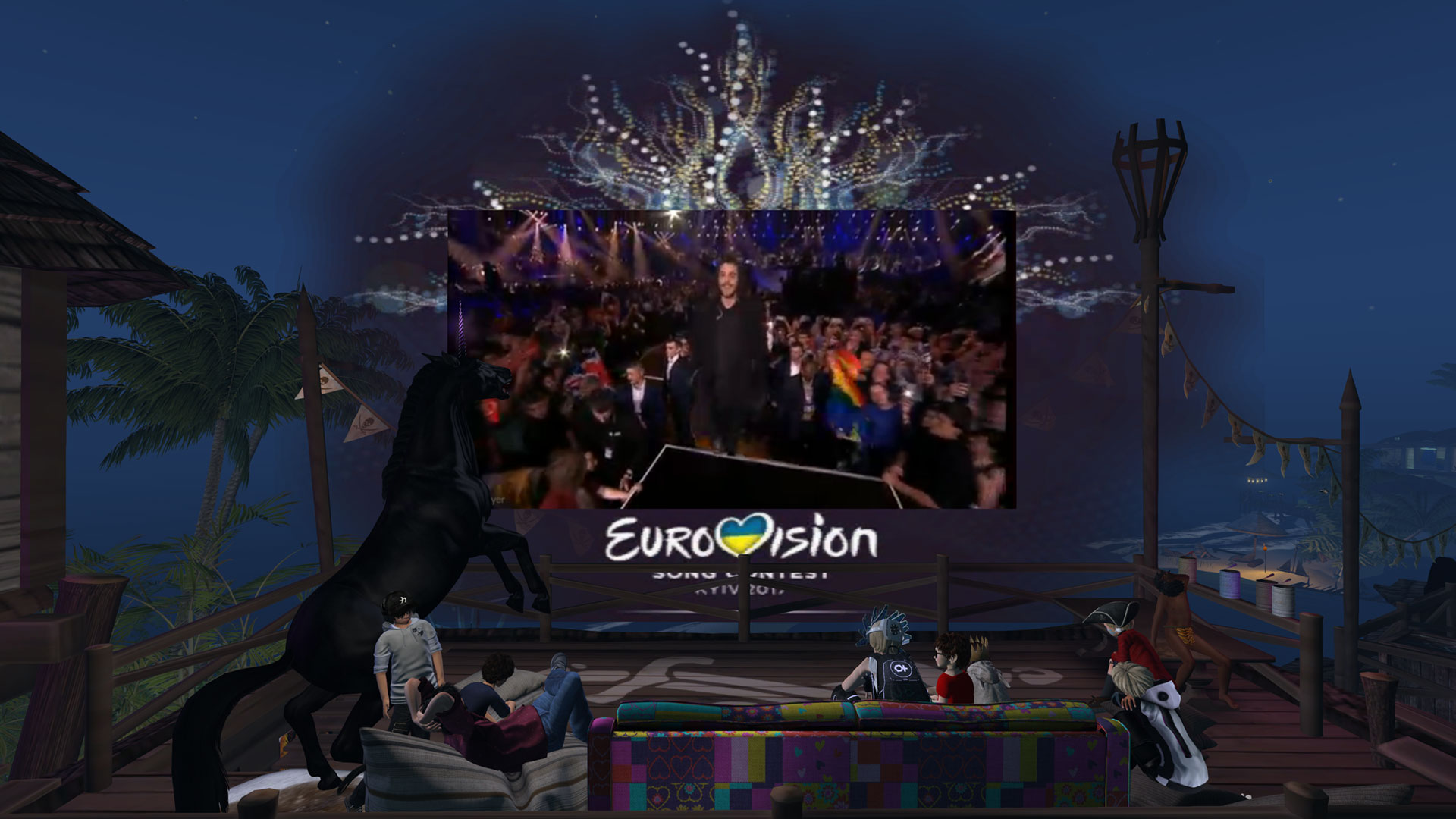 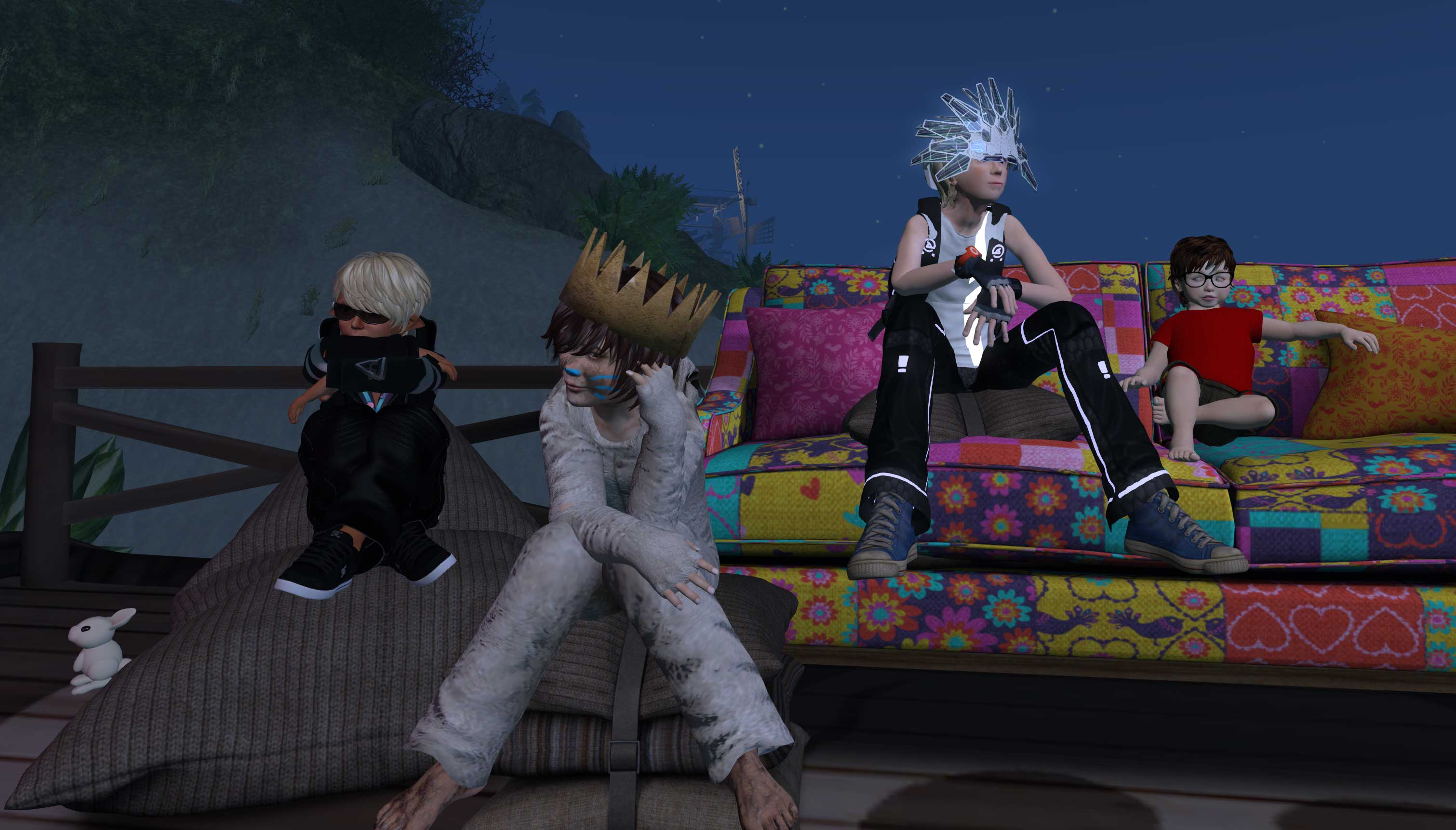