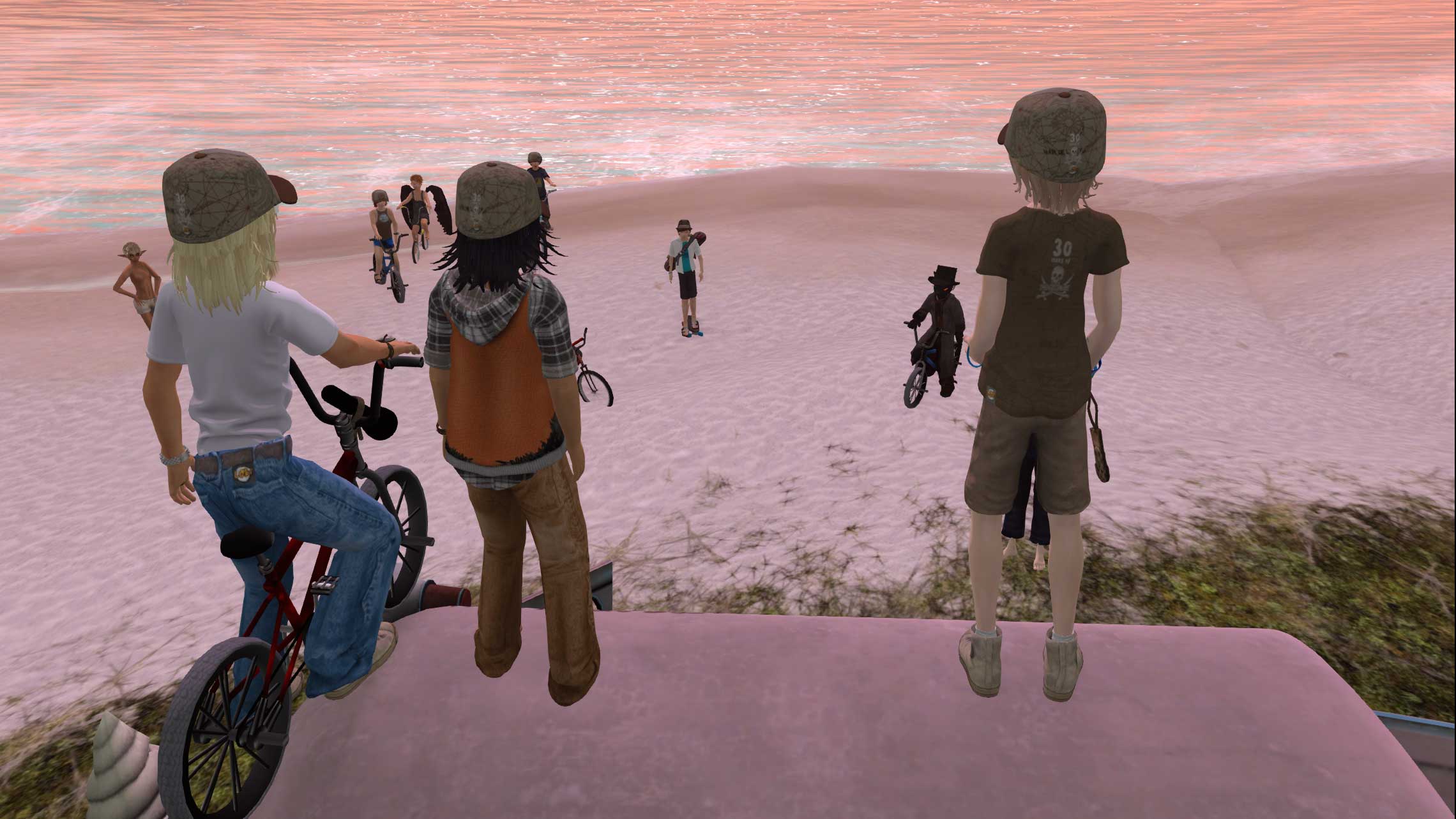 After the Oculus phenomenon there was a period where Second Life users such as my self were cheering with excitement. For us it seemed the long awaited next step in Virtual World immersion was fast approaching at last.

There was almost a sense that through this new technological advancement our niche of a social virtual world would finally get the recognition we feel it deserved, and even go ‘main stream’.

From my own perspective it felt like a logical next step in what i was already doing, but to my surprise for a lot of tech media this was the start. This lead to some Second Life users kicking up a fuss and pointing out that a lot of things being claimed as ‘first time’ was already done before in Second Life years before. It also created a distinction war between Virtual Reality and Virtual Worlds.

As a Second Life user for over a decade it can be quite annoying, in part because i want Second Life to have more recognition for its incredible achievements, and also because it feels like i’m being branded as irrelevant in this new VR trend.

But the main reason i get annoyed is because for me Immersive VR was supposed to be the next step, the evolutionally step up from what we do in Second Life, but instead everyone seems to be retracing the early years of Second Life’s social evolution. This is why my eyes roll when i read postulations on the future of SocialVR, about ‘Facebook Emojis’, ‘watching movies in VR with friends’, ‘Share snapshots in VR with social media platforms’.

I mean, if i think back to how socially Second Life has changed since the start. How Linden Lab had to evolve how they managed user interaction, how they chose to deal with abuse reports. I remember how back in 2005 Second Life had a reputation system where you could rate people you met. This soon got gamed and abused so eventually it was deprecated, a lesson that was learnt years before it became a plot for an episode of Black Mirror this year.

So much came about due to Linden Lab allowing the free flow of User created social engagement. Even the idea of a marketplace was created by the Second Life users before it became hugely popular and was bought up by Linden Lab to be a major part of the Platform. The community shapes the Second Life Platform and the possibilities of virtual reality platform has in turn shaped the community.

Then you have the many different aspects of a virtual persona. People using a virtual space do so in a variety of ways, some using one avatar to represent themselves, others use many alts to switch and and swap and try out different personas. There have been Stanford studies about this, books written, embedded anthropologists examine how humans are using virtual worlds to explore aspects of humanity that can’t be done in physical reality.

You would think all this wealth of data on how people share virtual spaces would be a treasure trove for any new Social VR Startup. I occasionally hear “2D worlds like Second Life are irrelevant because they are not immersive VR.” It is true Second Life users have to use a lot more imagination to be immersed through the screen, but they do it, they have been doing it for years. it would be foolish to presume Second Life is just a 3D Facebook of shared shitposts, memes and fake news.

I don’t want to be that grouchy Second Life user that claims to have been there and done that with everything SocialVR related. I’m pleading with everyone who’s dabbling in SocialVR, there is a decade of Social VR lessons, achievements and mistakes to be learnt from already, don’t just ignore it because Second Life users could not say “wow i feel like I’m actually here”, because down the road that ‘i’m there’ presence will in the end likely be the thing that is irrelevant to SocialVR.

What i am most excited about with Social VR is what aspects of reality will we bring into our virtual ones and what purely virtual paradigms will we adopt. I’ve been teleporting for years already.

2 thoughts on “Lessons of social #VR”