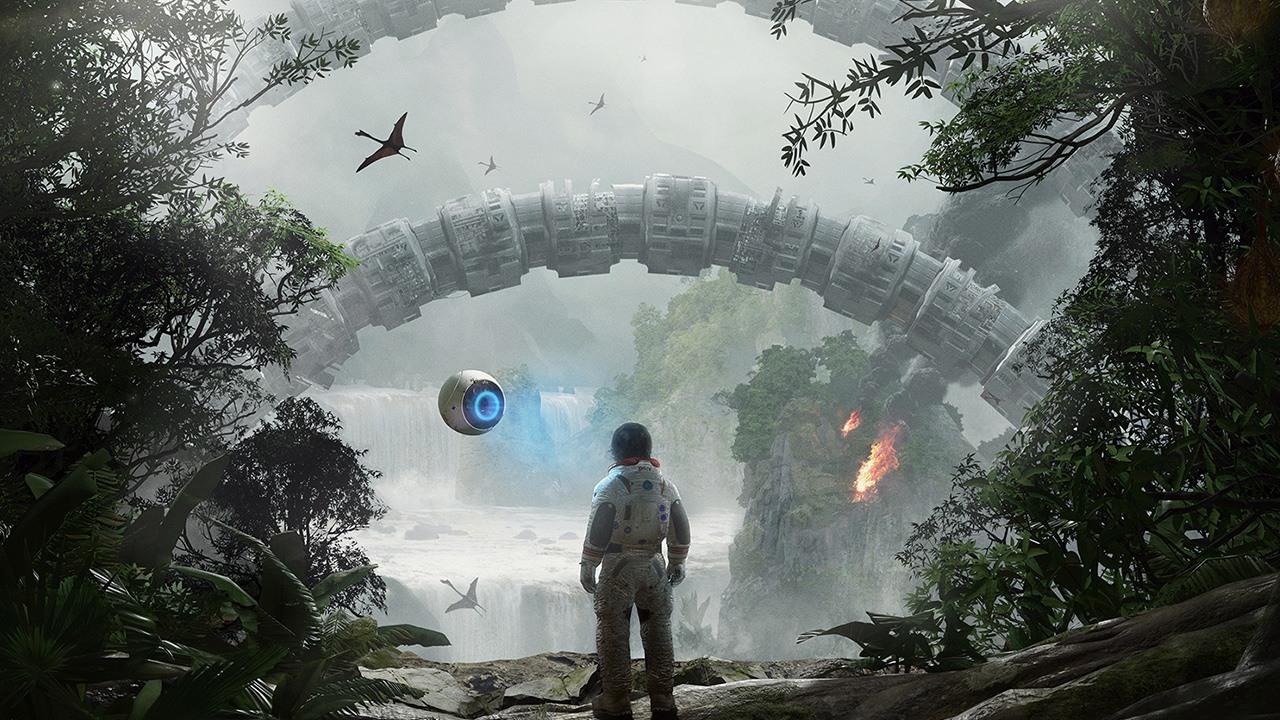 That’s right, i do reviews now, reviews are cool.

Ever since the beginning the SL community has debated the question ‘Is Second Life a Game?’ to me the answer is no, but regardless of this i have always found inspiration in games for how to bring experiences to Second Life. With this in mind i’ll go ahead and review one of the latest PSVR games released called Robinson:The Journey by Crytek and discuss how it approaches navigation in Virtual Environments. 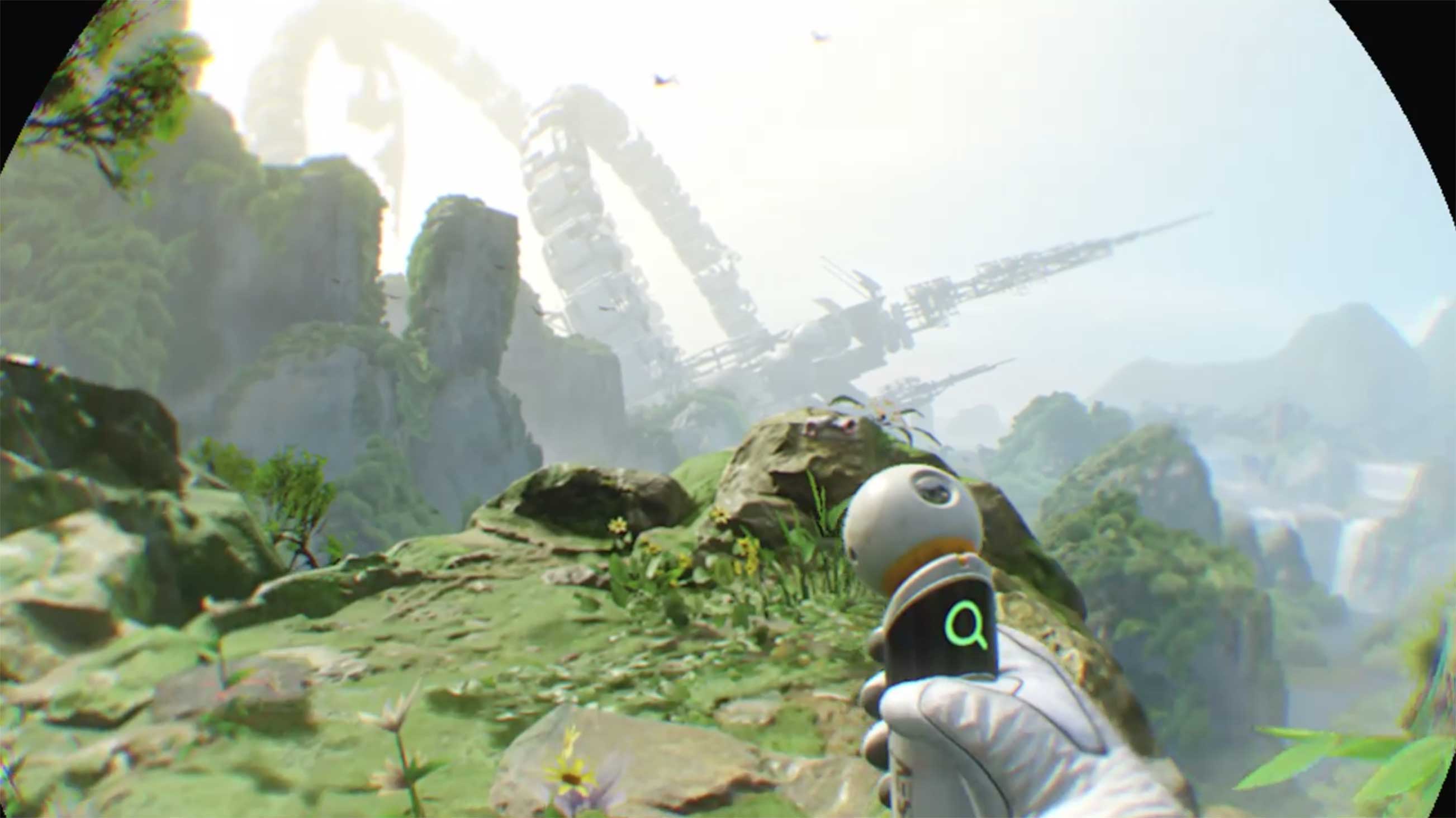 In the game you play the roll of a boy called Robinson who is the soul survivor of a catastrophic Space station crash on a distant planet full of dinosaurs. One day you discover a broken Robot and suddenly the race is on to find more in order to finally learn why the space station crashed and wether there are other survivors. You are aided by a helpful floating AI robot and a loyal pet baby Trex.

Watch live video from on www.twitch.tv

It’s not a game on rails, nor is it ‘sit in a cockpit’ game. It’s full blown free movement to walk around and explore the environment full of numerous creatures and insects. It really does buzz with wildlife.

As you explore you solve a few puzzles and unlock parts of the story with side quests to scan and record new species in a data core. The environments are beautifully crafted allowing for great mouth open gasps of ‘WOW’ and death defying instances that you would never want to find yourself doing in the real world.

Navigation in VR, different for everyone?

I was actually a bit worried the navigation controls would make me sick after reading some reviews, but i found myself wondering what these pro game reviewers were moaning about. I’ve read a few opinions stating that navigating with a thumb stick (Move to point) makes you VRsick, and that it is better to use a ‘Jump To Point’ method. In Robinson i found it perfectly fine to move slowly through the environment with ‘Move to point’ and didn’t feel sick at all.

Turn left or right on the controller and the view jumps suddenly and for a moment i thought ‘oh thats terribly jarring!’ a few moments later and i had forgotten about it. For a friend who was watching the twitch live stream it was driving him mad, but in VR the sudden movement was surprisingly subconscious, almost as if i my brain was processing it as a blink or sudden head twist and compensating for it naturally.

Another set of reviews complained about one of the things i found the most exciting about Robinson which is climbing. When you approach certain walls with orange coloured fungus or orange painted pipes your hands appear ready to grab. Using the controller buttons you can then reach up and climb walls adding an extra sense of freedom to explore the environment. I found myself running out of breath and having to jump on the spot to try and grab ledges just out of reach. It did not make me VR sick, i was having the best experience in VR i’ve ever had yet!. 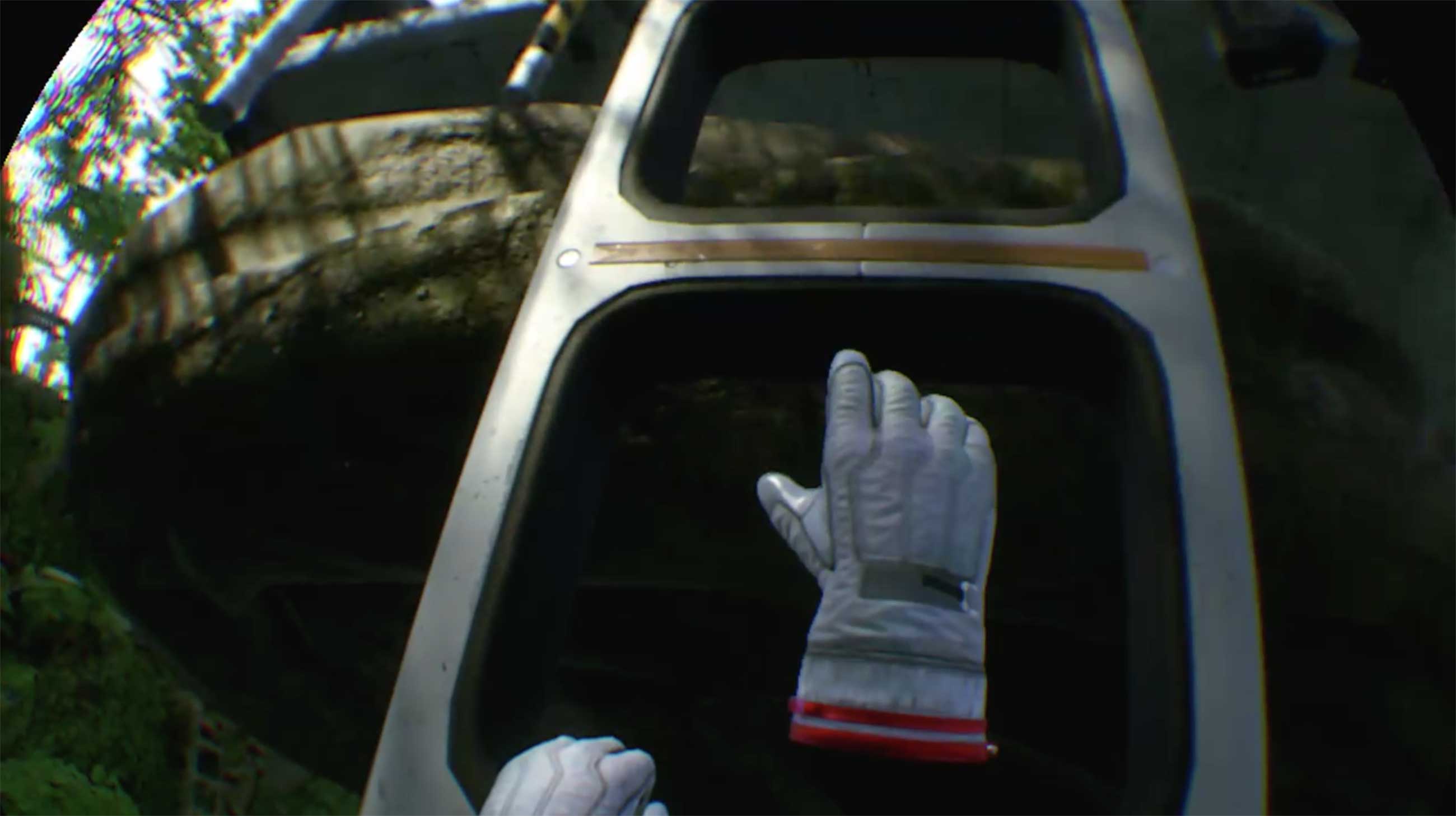 This has led me to wonder, what if there is no ONE way to experience VR. Maybe there needs to be a set of different ways to experience VR like how flight sims have options for inverted axis, because some will feel sick using ‘Move to point’ while others will dislike ‘Jump to point’. Those VR experiences that figure out how to cater for all, will rule them all :-p

This is the first truly immersive game i’ve played on the PSVR yet and it is the sort of experience i want from VR. Unlike the other short experiences in PSVR, this is the first one where i felt i was fully placed somewhere free to roam and explore. I got chills as i looked over the edge of a cliff and looking high into the treetops, which i then climbed up into. Looking back down at where i started and getting that sense of achievement in relation to what i had felt i had done rather than ticking off a box (although the game does give you boxes to tick off to).

And there are many moments where i felt fear. Fear of falling, fear of being stomped on, and the worst, fear of being eaten by a raptor. There was one moment where i was almost frozen with fear because just around a corner was a hungry raptor.

There are also moments where i jump out of my skin at which point i almost every time would turn to my pet Trex and talk to it for reassurance and this is where Empathy kicked in as i  found myself constantly looking behind to make sure the little thing was keeping up and was safe.

Watch live video from on www.twitch.tv
A first glimpse of what i want to build in Sansar

Most reviews of Robinson seemed to praise it’s graphics and then call it a flawed game, and yes there are some very annoying missteps in the puzzle solving department. At one point i had completed a task but the Game progress refused to mark it as completed and in another instance my Ai buddy Higgs was constantly telling me to fix something i had already fixed resulting in me bashing it on the head with a piece of metal shouting “SHUT UP!!!!”. But a broken experience in VR is still and experience and it has not detracted from the experience so much, rather it’s simply made it a longer experience.

I wonder though if Gamer reviewers just blitz through it as quick as they can to be the first to publish, because i’m truly amazed by Robinson: The Journey and will be disappointed when i get to the end and find there are no more tree’s to climb and explore at leisure.

In any case, Robinson has inspired me. It has shown me what free movement to explore in VR can be and if platforms such as Sansar could let me build environments like that to explore then holy shit, i could not be more excited. I’m probably over excited though. :-p

Watch live video from on www.twitch.tv