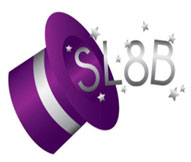 The 8th Birthday festival of the Virtual World of  Second Life is entering its second week, but for most the party is over with events coming to a close.


This second week allows people to walk around minus the parties and lag inducing crazy events, but to be honest i found the lag quite minimal, this might be due to my BEAST of an iMac and the new viewer2 devs knocked out each day that i use and test.
I am always amazed at the feeling one can get when immersed in the virtual festival atmosphere. Real Lifers mock me about that, questioning the validity of calling it a festival atmosphere when there is no smell, no real world sense. I guess you have to question what a festival is. Is it the smell? is it the sunshine, is it the live sounds, or is it the sharing, the communicating with others who are experiencing the same spontaneous event.
A lot of real lifers still don’t comprehend that there is a reality to the virtual reality. There is a person behind the avatars, their is a talent behind the live musicians and singers, and there is an artist behind the creations.
I’d like to thank all those wonderful people who put so much thought and effort into a wonderful festival of colour, sound and interactivity. Some exhibits were playful ideas of fun while others encouraged thoughtful debate. I saw things id never seen before and left me wondering how it was done. 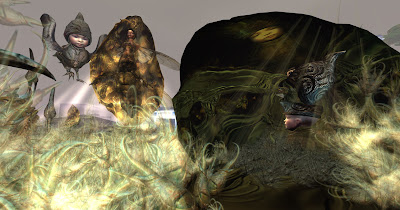 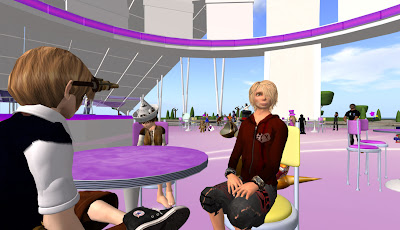 Every time i arrived at the Main stage their was some amazing Singer performing and i was greeted with happy bouncy people from around the world. It was amazing fun. I was also amazed at how often i bumped into people i knew simply while walking around the place. Makes me wonder if the nubbier of active users is actually more than a couple hundred lol.
I really need to thank everyone of the Escapades Team who helped with our own exhibit. What started off as a “oh jeez i don’t have time for this” ended up a wonderful fun group effort using our collective knowledge of what works in SL what doesn’t work in SL and what might work if we deed this and that to the floor. 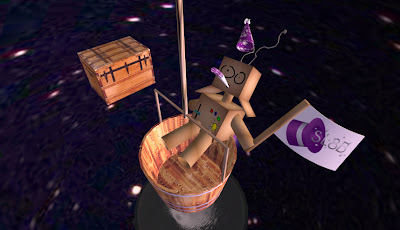 The comments i’ve had have expressed the fun people have had exploring the exhibit. It was also fun watching people enter through the magic book, seeing them go around all the interactive elements. How they decide which way to go first, how they first try to interact with things. I find that all very fascinating.
I spent two days walking around and filmed 2 hours of video which i condensed down to 4 minutes. Sorry if your exhibit did not make the video.
On sunday the Escapades team had a party inside the Magical Land of Make Believe and i, Gemini & Gadget DJ’d music to who ever wanted to party with us. 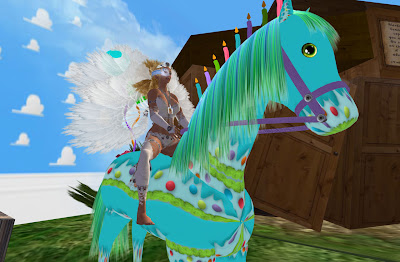 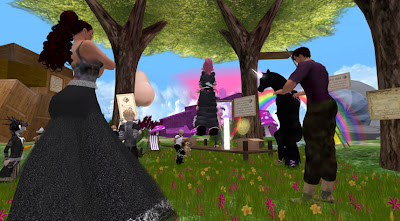 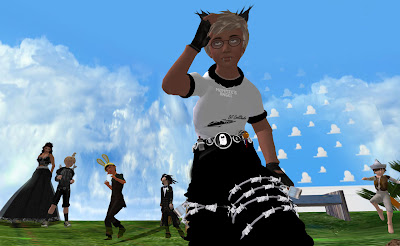 I included a counter to count each person who visited the exhibit and even though they seem quite low, it matters not. There was SO much stuff out there to see im not surprised at the stats. 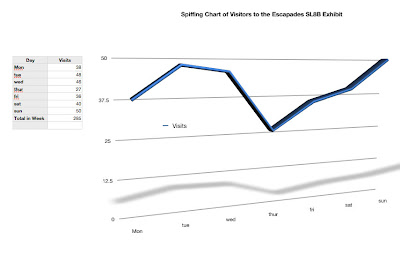 I’m more positive about Second Life than ever before. I like the New CEO Rodders, he has a nerdy charm to rival the late Phillip’s ability to sweet talk the community, but he also seems active in the world and thats important. I saw him at the main stage as a floating space ship which made me smile.

SL8B reminded me that there are still many people fully engaged in SL, that perhaps some of us spend to much time looking out of SL instead of seeing whats already here and should be given attention. With Mesh plus other interesting stuff heading our way this year, SL9B should be something more special than any SL event seen yet.

If you have not yet been to the Magical Land of make Believe then you still have time this week.

SL8B: The Dad who Forgot!

At this magical build, read the giant “magic book” and follow the journey of a boy and his father as they explore the magical land of make believe.