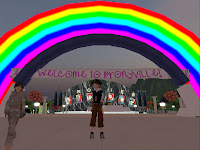 So for June the Goonies Gathered at the Clubhouse before teleporting to a place thats got a bit of buzz recently for its crazyness. Some of the greatest moments in SL are born from the memes of the net and Bronyville is one of them.

I’ve seen a few of my friends pick up a My little Pony cell shaded cartoon avatar, and i have seen the fanmade trailers based around the new My Little Pony Cartoons. What you get when you take that meme into SL is absolute crazyness and i love that. 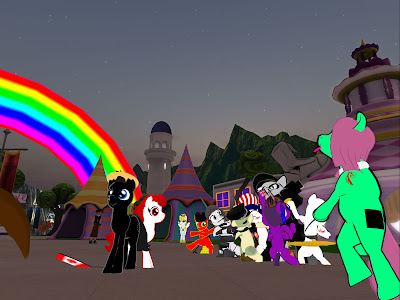 We arrived to a rainbow filled sim with nice lil houses, but what was great was the amount of people there with their personalised Ponies of different kinds.

The Goonies arrived to find a whole mass of Ponies happy slapping each other, or maybe they were worshiping the giant shoe , i was’nt quite sure. 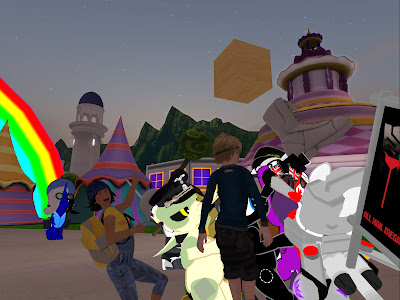 Anyway Bronyville was quite fun but soon it was time to go to our second destination of the evening….

[UPDATE] Nat corrected me i thought it was Pronyville, but its Bronyville 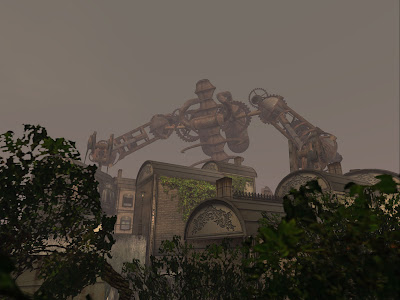 Sextan Shepherd has become a recognised name throughout Second Life, for his work on the now gone Nemo regions. I admire his attention to detail with texturing, if he published a book about texturing i would buy it! HINT.

The Goonies arrived at his latest work, the homestead region known as ‘Liberty Cove‘. (Perhaps a much cheaper a fair than the huge Nemo regions.) 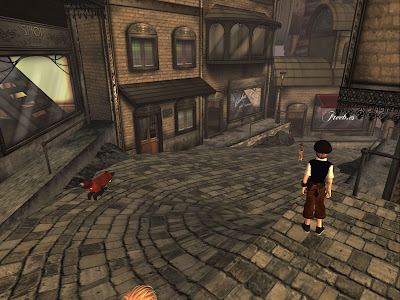 It starts off as a wonderful winding street with shops showcasing Sextans work for sale. 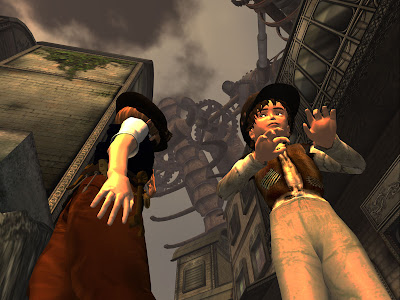 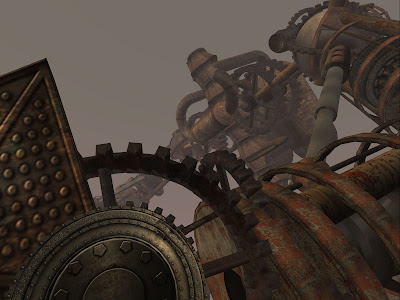 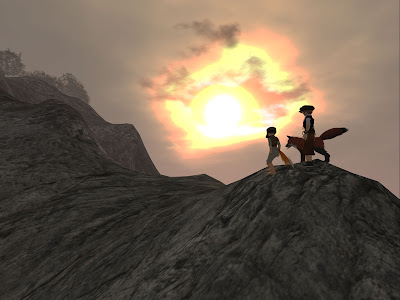 Then walking across the rocky island the Goonies came across a strange machine machine in an old temple like building. All beautifully textured as expected from Sextan. 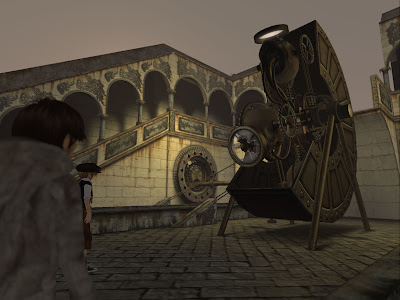 Crossing a bridge we also discovered other delights. My new Computer helped me take full advantage of how great the Sim looked enhancing what was already a wonderful steampunk atmosphere. 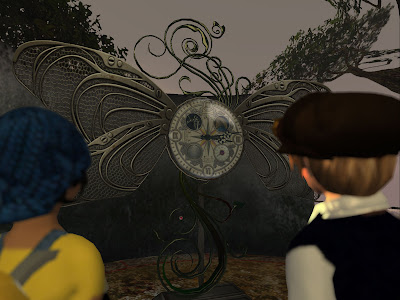 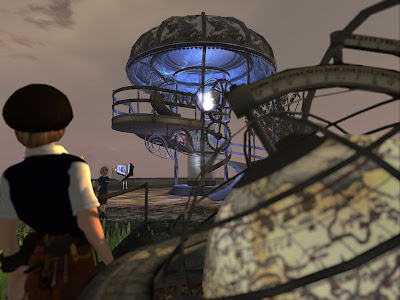 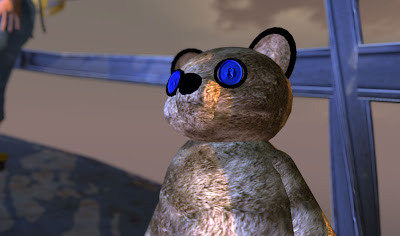 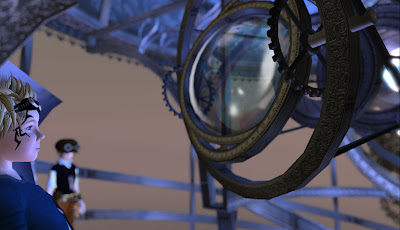 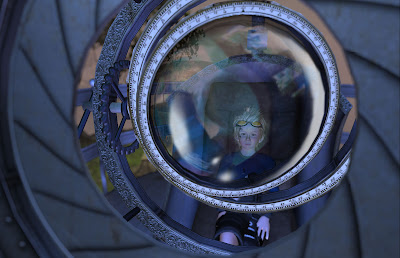 Some of this place is still under construction so i will probably return in future to see whats been added. Definitely check it out!

Anyway Much fun was had by all who ventured with us.