A mysterious chest appeared at the Rickety Town Centre amid all the newbs hunting for Eggmen.

“Dear Goonies,
a gift for you, be kind and just DIE!
Sincerely yours,
The Grand Master” 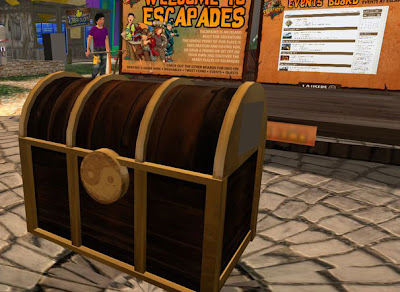 At this point Mr Doomdale the local debt collector and grumpy old man arrived and started telling the kids to disperse because they were making to much noise and scaring the Newby adult avatars.

Opening the chest the gang found a scroll. With the amount of scrolls the Goonies find on the island, they will soon be able to start up a library. On the Scroll were some words in an ancient language which Tepic being the inquisitive boy he is read out loud to the rest of the group.

Suddenly Mr Doomdale started to choke and shake and a large cloud of smoke started to surround the old man. The Goonies watched in terror as Mr Doomdales body changed into a giant serpent dragon thing with wings and immediately started setting fire to the town and newbs. 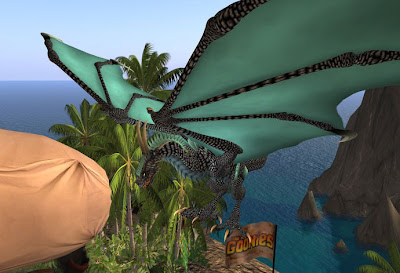 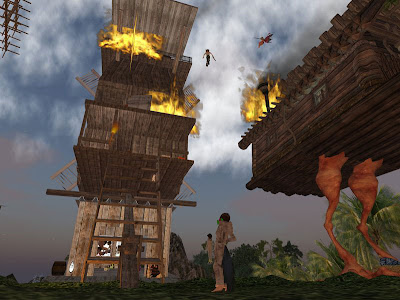 After the initial panic and several minutes running around the Goonies set forth on a mission to uncover exactly what just happened. First some keene eyed Goonies noticed a symbol on the chest that closely resembled a similar symbol by the old gate in the Fae Forrest. 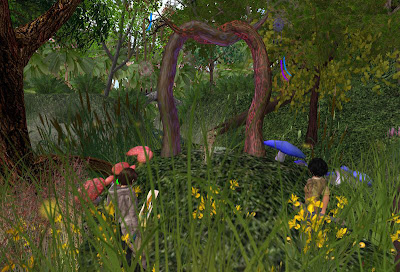 Soon the whole gang had found their way through the Fae gate into the Seelie Court where they found Dogstar, a strange looking Lesser Fae cooking stew.

After telling the fae creature what had happened to mr Doomdale they were told that they had found an old spell. Mr Doomsdale it would appear was in fact a dragon called Medrid placed under a Glamour Spell and what Tepic had done when he read the scroll out loud was break the glamour spell causing Doomdale to change into his true form, a Dragon Serpent. 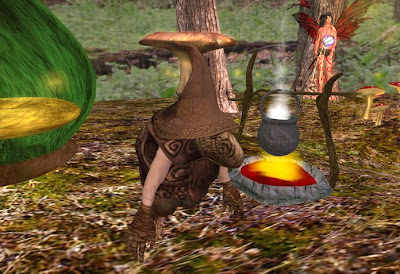 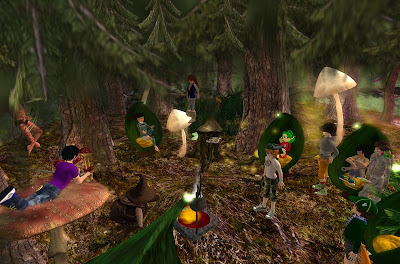 The Goonies all face palmed before asking if they could somehow reverse whats happened before the whole of Escapades Island burns. Dogstar stirred his pot of stew before disappearing behind some trees. A few minutes later he emerged with a map.

“The only way you can reverse what you have done is by finding the five wyrd stones. This map will show you where they lay on the island. Once you have found them, you need to place them in a circle somewhere high and lure the serpent to the centre. Then shout the words of this spell “……………….”

The spell has not been written down as Dogstar was particular about such powerful words, saying that this mess is because of people writing down words.

Anyway Goonies split up to search for the stones while others tried to lure the dragon to the mountain top. 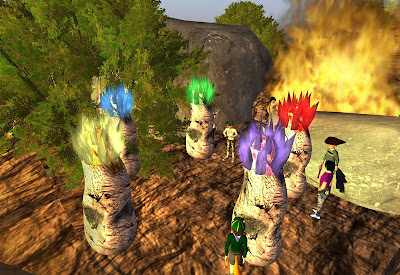 Eventually all 5 Wyrd Stones were found and dragged to the mountain top and placed in a circle. The Dragon Serpent appeared setting fire to the surrounding trees but the Goonies stood fast and waited for the dragon to land in the centre of the circle.

Finally with a loud roar the dragon was in place and the Goonies started chanting the magik words….. nothing,… so they chanted again… still nothing. Then as if suffering from chat lag the Wyrd stones lit up and sparkles emanated from them surround the dragon. 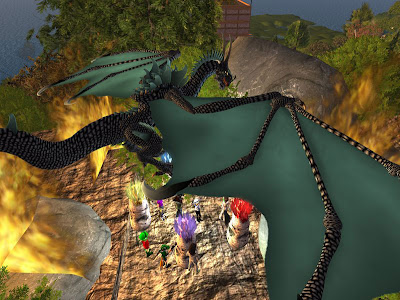 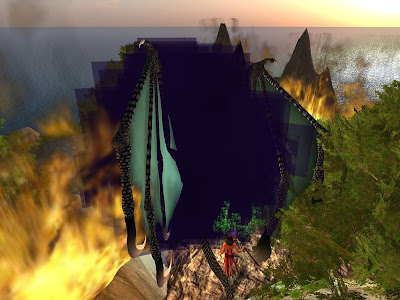 The body of the dragon became engulfed in dark smoke and when it cleared Mr Doomdale was a grumpy old man again who promptly scuffled off blaming the kids for a right old mess, much to the relief of the Goonies. 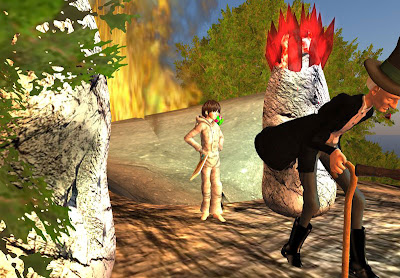 So once again the Goonies dealt with another of the Grand Masters Dastardly Plans, what will he do next?……

All images taken by Nat Merit, check out his Plurk of the event as it unfolded.

If you are interested in Joining the Goonies Adventures, join the Goony Social website and be informed of when the next ‘Escapades Event’ is.