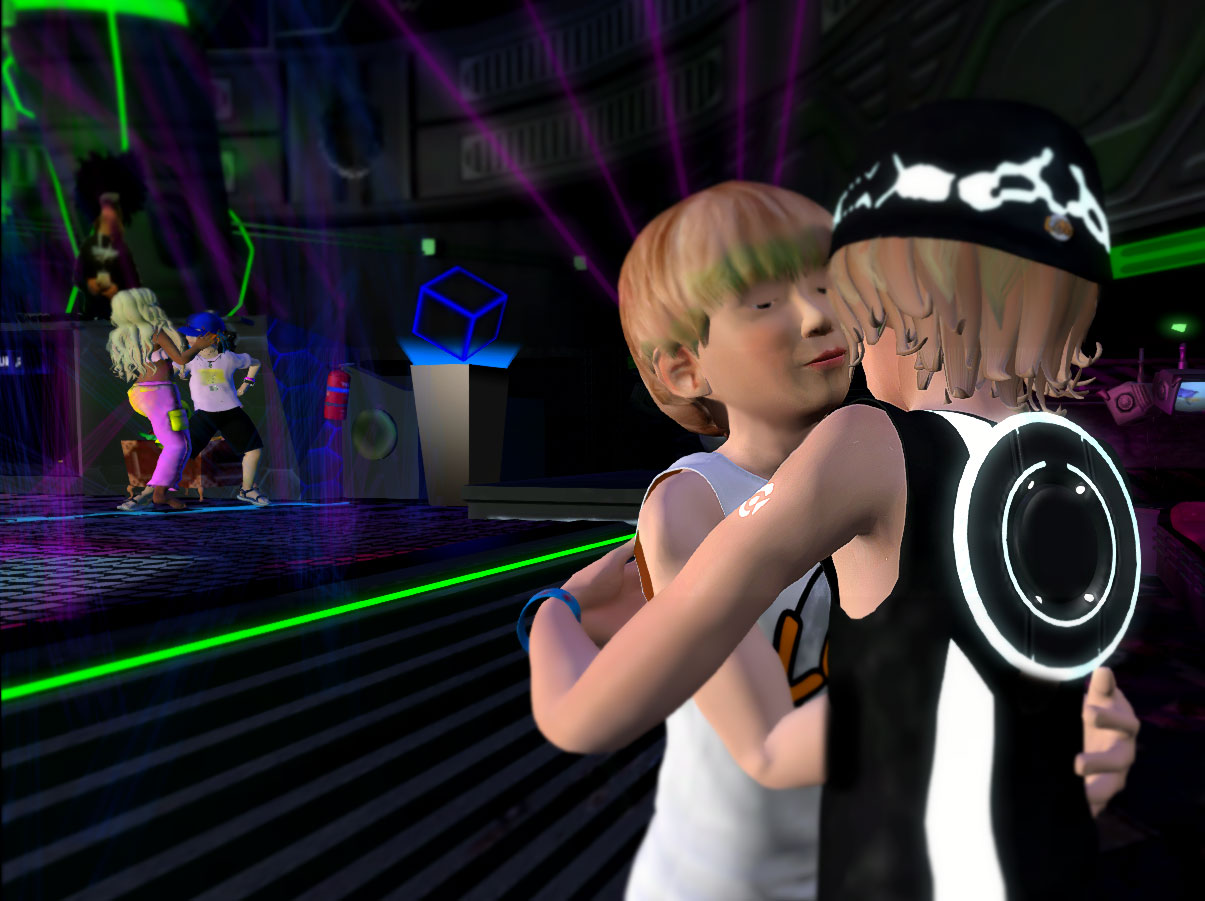 I’ve been a VR enthusiast for the past 10 years now. I’m one of these crazy people who stuck around in Second Life, so I’m probably biased and hold myself with self important relevance to Virtual Reality.

I have an existence that has such notions as ‘teleportation’ and being ‘Inworld’. I sit down on Sunday evenings and go to ‘meetings’ while not actually moving anywhere and after an hour step away from the computer with memories of the people i had just met and talked to discussing projects and health.

I have used services such as Facebook, Myspace, Google and Twitter, more commonly known as ‘The Social Web’, but i’ve always been confused at why it’s called this as it’s mostly not really all that social. most cases it’s just a notice board. How we started to believe this was socialising is perhaps the biggest marketing scandal of the information age. And we are teaching our kids this lie.

Four years ago i chose not to use Google or Facebook anymore, but i do use twitter, not to socialise, but rather to extend contact with my friends in virtual worlds. The people i interact with in Second Life hold a deeper connection on twitter than others i simply follow. I believe this to be down to the type of extended language we get with virtual worlds and the freedom.

In the past i’ve heard suggestions that watching a live video stream of a friend is equivalent or even greater for face to face socialising than an avatar in a virtual space. But i’d argue that while you gain the sense of body language, you miss out on what i regard as one of the most important aspects of Virtual Worlds. Shared interactive realtime responsive freedom. (Sirrf) 😛

I grew up in the countryside without computers, or the internet or mobile phones. I’m most likely pretentious in thinking that due to my upbringing I’m apparently more suited to empathising with fellow users of virtual worlds, compared to these social web natives of today.

The world had the chance to explore virtual realities and expand their feedback loops, but instead chose to hand over privacy in exchange for shared free notice boards, which slowly chipped away at the ability for kids to empathise with each other.

Don’t go thinking virtual worlds are the same as these glorified notice boards though. If you come to virtual reality with no ability to emphasise with people then thats how you will be in virtual reality. Virtual Worlds even have a word for people who’s actions are probably due to a lack of empathy, ‘griefers’.

I’d even go so far as to postulate that virtual worlds rather than causing a lack of empathy, will help a person build empathy and that over time as VR, AR and ,VW’s improve will expand our ability to communicate in digital spaces. These tools could assist many reach positive levels of mental healthiness that could help in all aspects of life.

My point is though, that the world is awash with so called ’Social Web’ but to my mind Second Life is the only place where i’ve truly felt i’ve socialised with real people in digital space.

3 thoughts on “‘Social Web’ isn’t all that social, #VR should change that”