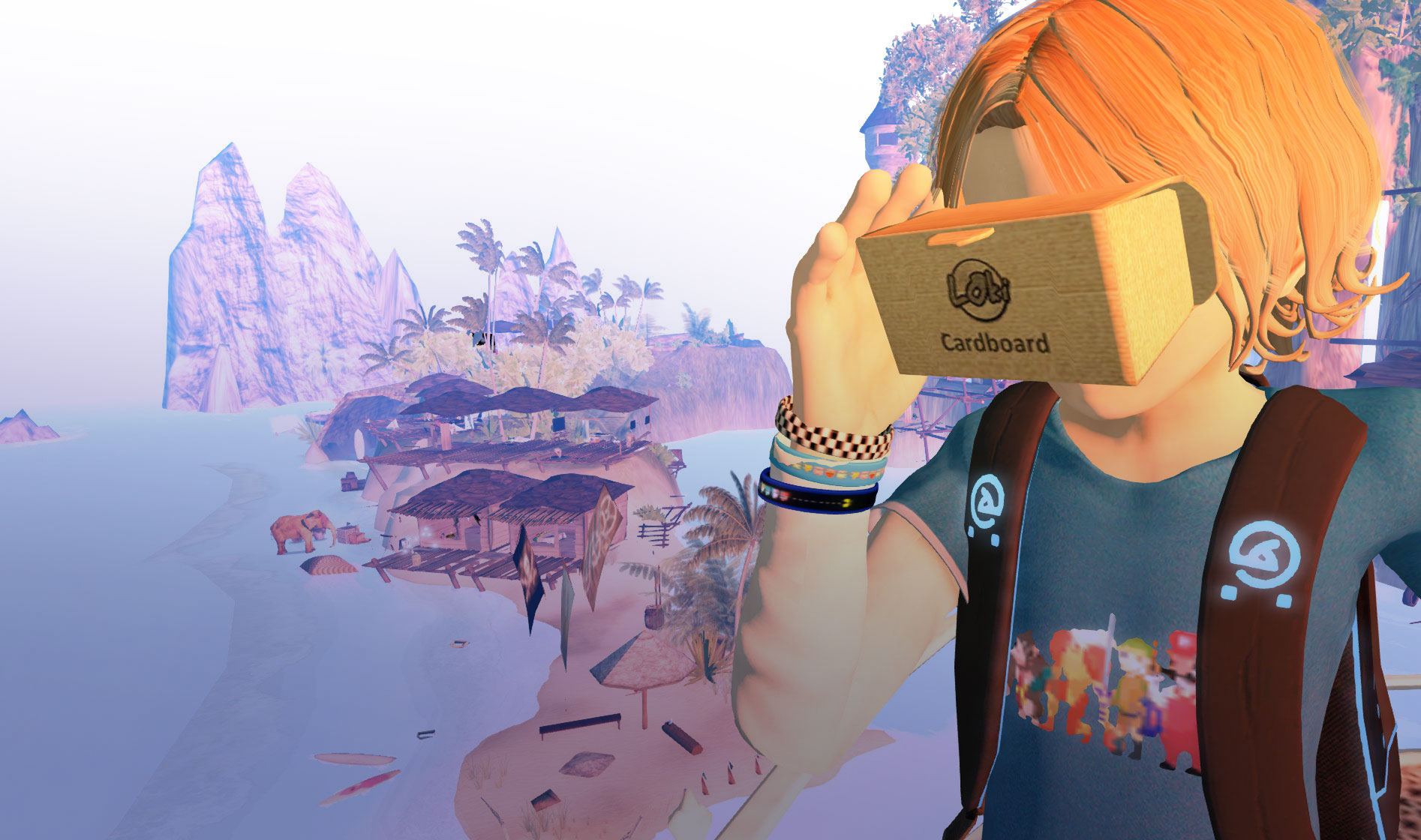 ‘What you up to today’, my friend asked on WhatsApp, ‘Oh i just ordered a cardboard box’, i replied. ‘Is that something to do with your virtual stuff?’. I first heard about Google Cardboard sometime last year and kinda scoffed at it. How can a Mobile device placed in a cardboard box give any kind of decent VR experience?

During SVVR i watched a panel called ‘Rise of Consumer VR’ and on that panel along with Amir Rubin of Sixsense, Nicholas of Samsung and of course Palmer Lucky was Clay Bavor from Google. Through out the talk Bavor slowly won me over on what Google cardboard was. It’s not the total immersive experience Oculus is aiming for, it’s a more casual instance that can quickly transport you into a VR for brief experience.

So i recently invested £12 into getting a Google Cardboard 2.0 from ‘I AM CARDBOARD’ and i was quite surprised how cool it is. I’d compare it to the Oculus DK1 in terms of that ‘this is awesome’ feeling you get from experiencing immersive VR for the first time, but the iPhones retina display gives a much clearer image all be it a smaller field of view. I assume you could probably also use an iPod Touch? 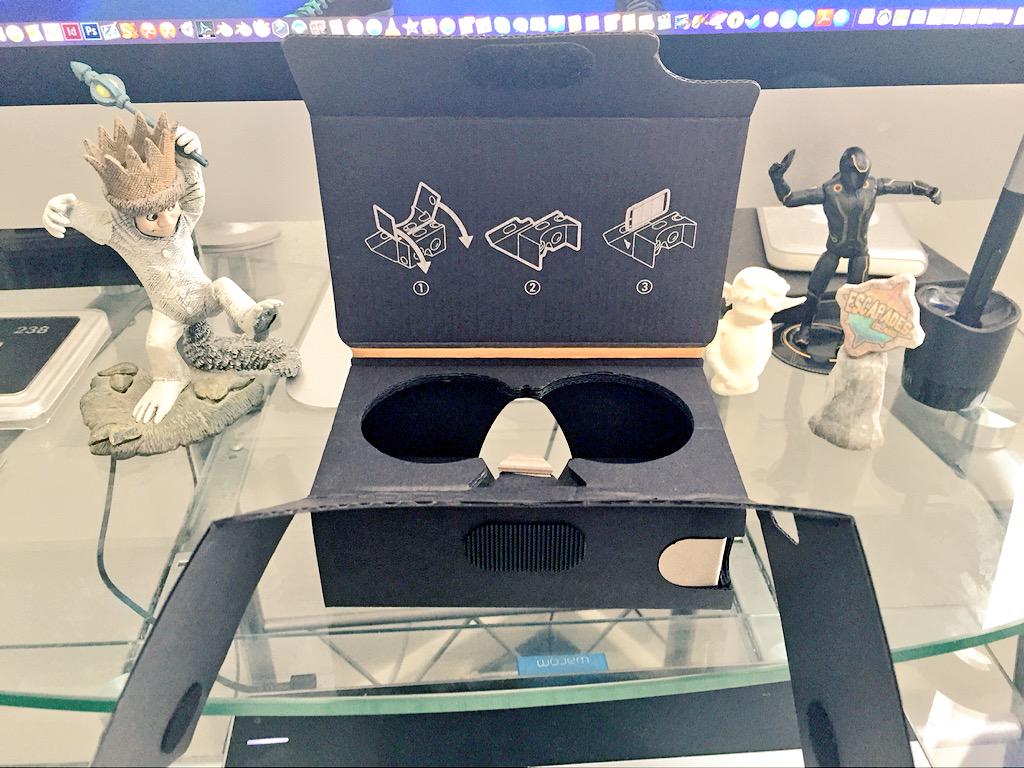 The Cardboard while made of cardboard came incredibly well packaged and was very easy to set up. Turn phone on, launch VR app, place in cardboard and hold up to face. If only Oculus DK had been that simple to set up. 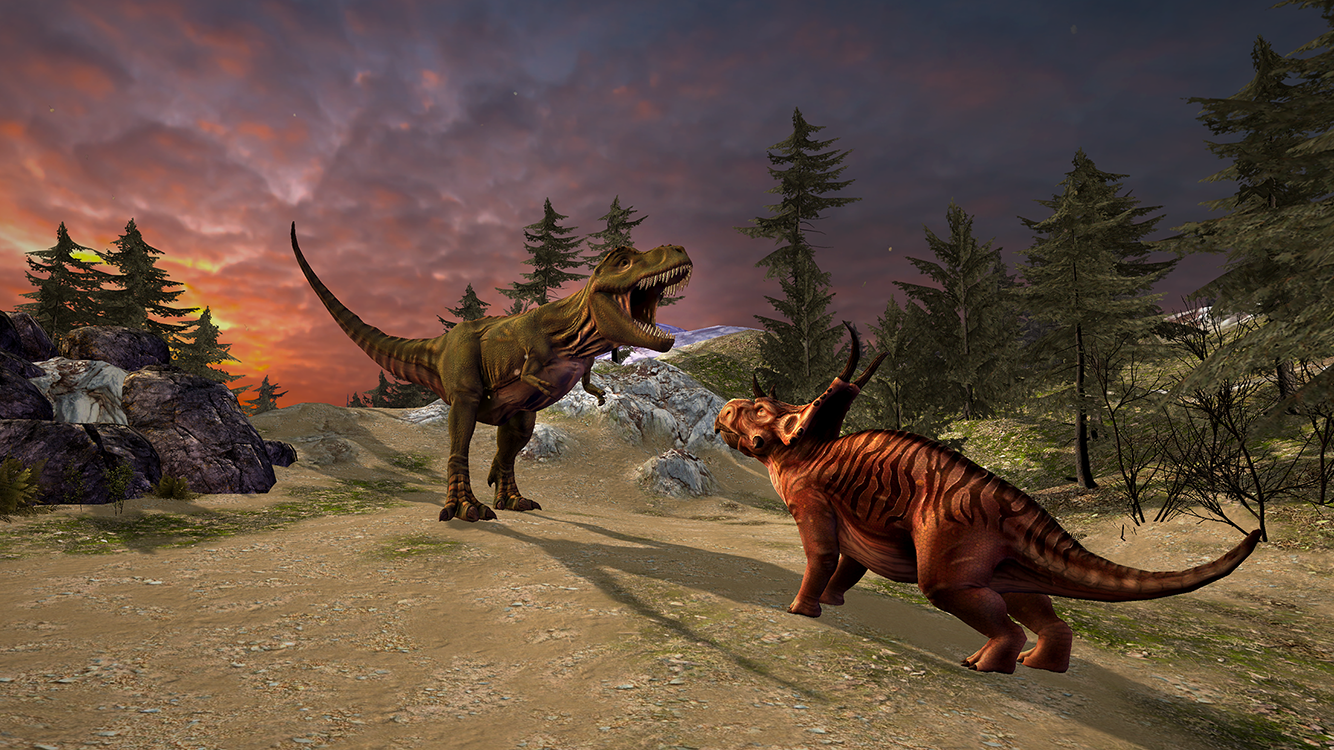 First app i tried was ‘Dinotrek VR’. Its a simple experience on rails where you float along beside dinosaurs moving your head around to see the adventure unfold.

The Next App i tried was ‘Vrse’ This is a VR video platform where you can choose 360 videos to download and watch. My favourite video was ‘Evolution of Vrse’  which started with floating you over a lake as the sun rises. Then it presents a flurry of ribbons before a steam train hurtles towards you, perhaps a nod to the 1985 Lumiere Train film. Finally you find yourself  beside an unborn baby who smiles and waves at you. That final moment i found incredibly profound and caused a tear to well in my eye. 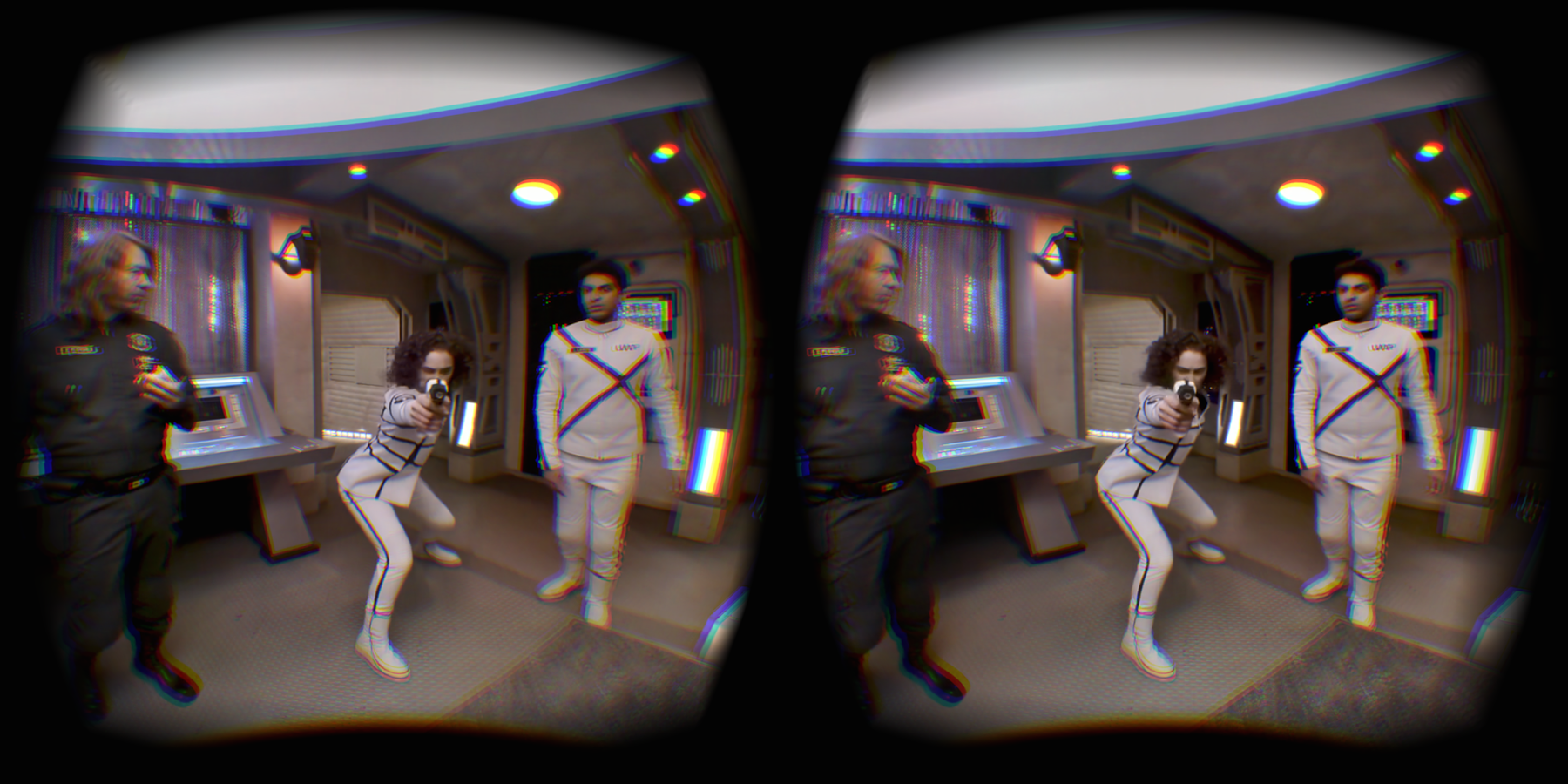 The third app i tried was also a VR video platform called JauntVR. With this app you ‘stream’ 360 video. I watched an extreme sport video of a guy on rocks, Paul McCartney playing a ditty tune, but it was the short video ‘Other Space VR’ that really peaked my VR interest. While i like VRs ability to place me at live events or on top of a rock it’s the ability to affect a persons sense of self that interests me. In OtherSpace you are placed on a space ship and the crew walk into the room and start talking about you as if you are an alien. They all stare at you, point at you and in some fun moments get all up in your personal space causing you to react by stepping back. It’s a great playful example of how VR crosses the boundaries to effect you psychologically.

I liked the Other Space VR video so much i made my parents watch it and their reaction was one of fun and amazement. Thats how Cardboard works and i can understand how this mobile VR little brother of Oculus and Vive could actually take off bigger. At the moment the mobileVR space seems to be filled with 360 streaming video but as the devices gain more power CGI experiences could take advantage of the ease of Cardboard. For instance Sketchfab who use WebGL to showcase model makers content in a browser have already developed an extension allowing you to view all their models in CardboardVR mode. 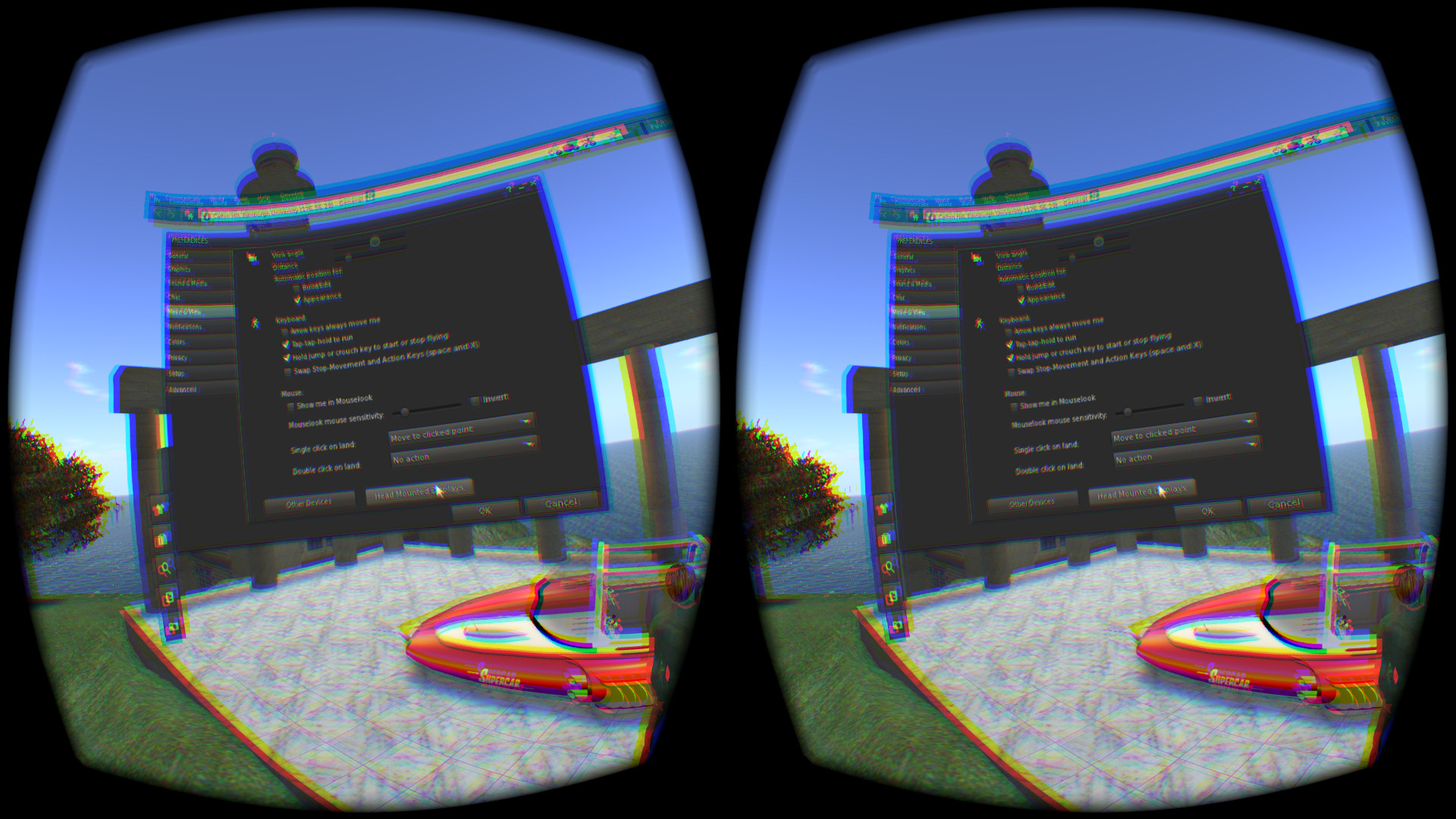 Being a Second Life content creator i started to of course wonder wether Google Cardboard could be used with Second Life. We already have Oculus support and i think i said it was great to finally stand in your favourite places and look around as if actually stood there. Due to Second Lifes complex nature, being in Second Life with immersive VR and interacting with the many features plus options becomes a real head ache. Perhaps Google Cardboards casual brief experience is better suited to Second Life than the Oculus extended use.

I started to imagine building stuff in Second Life with my Desktop computer then picking up my cardboard and quickly getting my avatars view of the world before putting down the carboard continuing with building. Or imagine arriving at a Music venue typing hello to all my friends then picking up the Cardboard to experience the live act from my Avatars point of view. Such a thing i can imagine would be better suited to how people use Second Life. Rather than having users decide on wether to be either in immersive VR mode or Desktop mode, allow them to quickly  and simply switch between the two. There are moment in Second Life where VR would add to the experience, but their are many moments where you really don’t need to be that immersed.

VR hardware is a bit icky at the moment. While Cardboard is cross platform with Android and iOS, its not  compatible with Windows or OSX desktops. Oculus stopped development on Mac and Linux systems and i’ve still to learn what HTC Vive will support.

Second Life’s immersive VR problems are probably unique to Second Life with solutions that can’t be borrowed from other more recent platforms. Project Sansar may be built with extended immersive VR use in mind, but i’d hope that for veteran platform Second Life , perhaps a more casual immersive VR feature could be implemented once the VR Hardware giants settle their tech.

1 thought on “Would Casual Cardboard VR be better suited for Second Life Users than Oculus?”