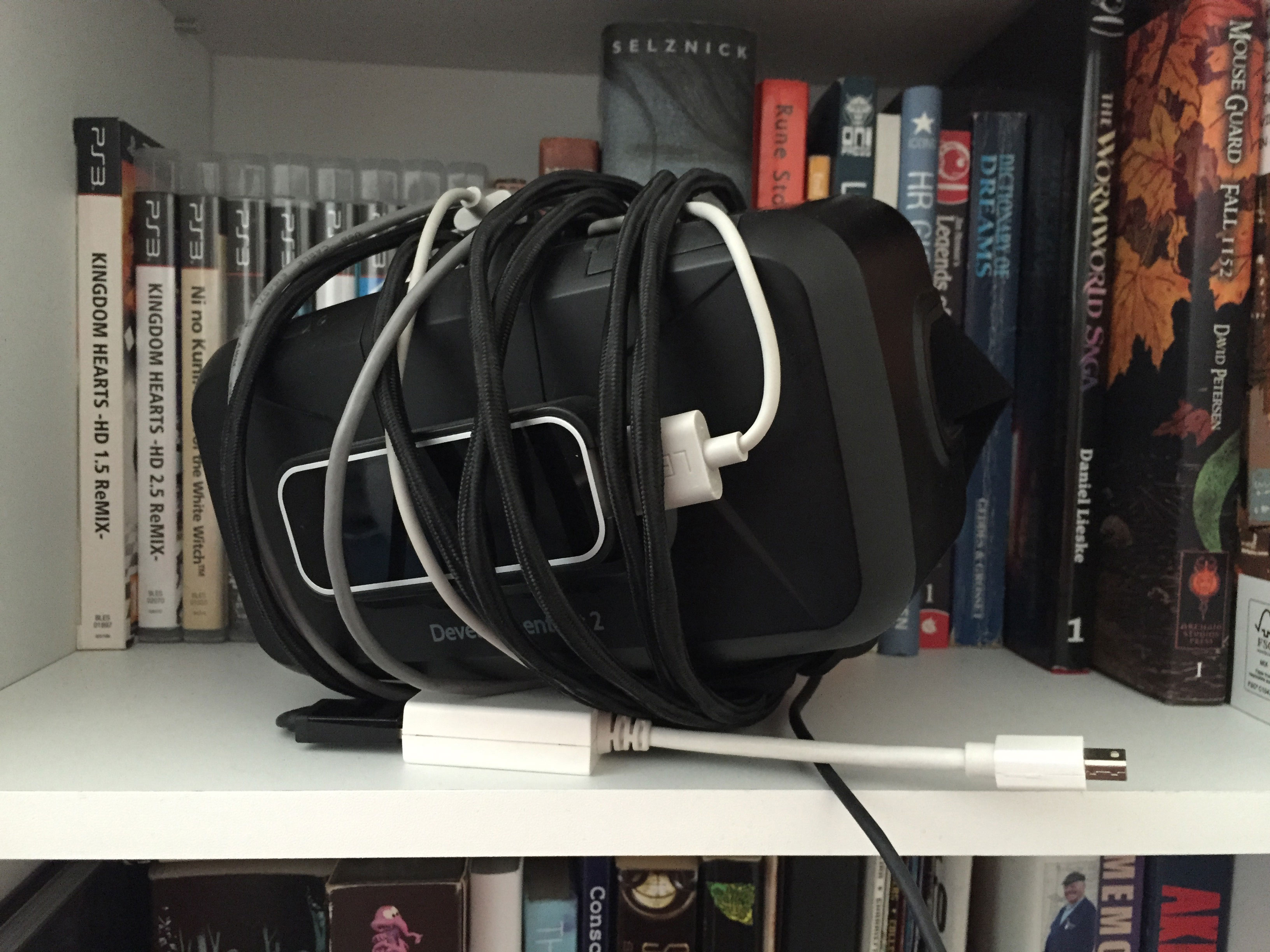 A lot of people appear to have followed me on twitter based on my #VR interests which started with oculus and has encompassed anything remotely #VR related. I get messages that such and such has added me to their ‘PEOPLE OF VR’ list or ‘VRgeeks’ list. But what am i in the larger scheme of the new VR Hype?

I keep asking myself ‘am i over rating myself as a VR User?’. Some VR Enthusiasts do not even recognise Second Life as a VR platform. They are of course wrong. The gaming community can not just waltz in with their Immersive presence technology and claim VR to just mean their new sense of presence in a game.

I decided to make a list of the things that support my interest in VR and things that seem to prevent me from being a full VR Hype Geek.

Things that support my VR interest.

• I have backed kickstarters for both ProVR and Sixsense STEM body tracking.

• I have a leap motion VR hand tracker.

• I’ve been a user of the virtual world platform of Second Life for almost 10 years.

I’ve been part of a VR community since before the Oculus came along and reminded everyone.  I can see how the extra immersion of a head mounted display (HMD) would expand the types of interactions and experiences I’m already sharing with friends around the globe in Second Life. Who wouldn’t want stand in a place they had built themselves and invite their friends to hang out with in the extra sense of presence HMD’s and motion trackers give?

Things that detract from my VR interest.

• Im not a game developer.

Sadly I’ve found myself with a completely incompatible set up to really be into the new VR Hype. Second Life as pointed out is over 10 years old and struggles to keep up to speed on the Mac platform. But even Oculus seems to be sluggish on Mac as they seem to put more effort into making Oculus mainstream with Samsung Gear VR which i can’t use because i have iPhone. On top of this I’m not really a gamer. The demos are nice little distractions trying to showcase to mainstream how VR can be useful, but there is a million virtual world users out there who already understand the importance of virtual realities and use it every day for a multitude of reasons that benefit them and their friends.

4 thoughts on “Watching the VR Hype pass me by”