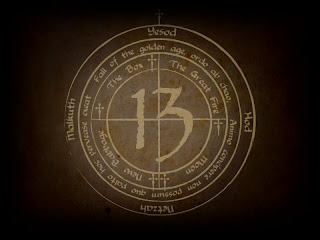 Well i had been planning to do this small RP in december, but after talking to a friend about it i decided to hold off until after New Year. This will be my third RP in New Babbage which started back in 2007 with the Eliot Device story.

Roleplaying and Babbage it self has changed over the years. The way people decide on roleplaying has changed, the size of New Babbage has grown. So to capture the entire towns imagination, bring in new people and give an immersive but optional experience has meant alot of thinking.

New Babbage Chronicles: The Eliot Device centred around a series of murders that uncovered a plot to find missing parts to a device that could open a door between worlds. This story was extremely freeform and was not even complete when the town took hold and role played it. New Babbage was only two sims at that point and a small community. The level of involvement from the residents was a complete surprise and helped build a history to New Babbage which attracted more to come and stay.

New Babbage Chronicles: The Cloud Angel followed a year later and introduced more themes and recurring characters resulting in a race to find a mythical creature of extreme natural power. During this RP it became apparent that the community was much bigger and had more opinions on roleplaying. Many lesson were learnt during this story. In many ways the story was far to complex and spread out for 1 person to gather all the information needed to truly understand what had happend. Even to this day i dont think anyone has all the facts. Where as the year before only a couple people lived in New Babbage and could really deeply be involved in one story. Today Babbagiers are faced with multiple stories, events and gossip.

New Babbage Chronicles: Shadow of the 13 will hopefully show what i have learnt from the past RP’s as well as looking at how New Babbage life works. I want to build on the history and mystery that was created by the last two and make it enjoyable to as many people as possible, from Newbs to Babbage life, and those old scholars of New Babbage who have been with me from the start and are bored of everyone being murdered.

Suggested by a friend of mine, i decided to build a small website to create an atmosphere surrounding the RP. The site gives hints and tips for Newbs and will be used along the mystery to explain parts of the story. This is also so that throughout the year people can still discover and explore the mystery long after its been uncovered by the Babbage residents.

So if you like uncovering clues and you love second life, visit the Shadow of the 13 Website. www.shadowofthe13.co.uk