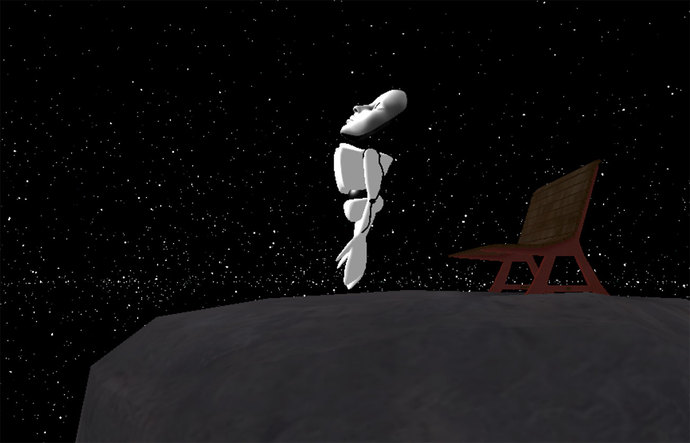 So i’ve been an Alpha for High Fidelity over a year now and really i’m one of the last people they should have accepted.

I’m a content creator in that other virtual world Second Life and I’m able to bring my creativity to life there because of the great tools Second Life has to offer. It’s a little presumptuous to think that those same tools would be copied in other virtual worlds and in the case of High Fidelity it’s as alien as it could be.

Of course HyFy is deep in Alpha development, and while i’ve been unable to create the sorts of things i have in Second Life (almost nothing at all in fact) i’ve kept my mind open for what may lay ahead. In many ways the content is not important to HyFys future, it’s the services that can be built on it and drive content creation. What you can do there now is the bare bones of an experience such as choose an avatar, set up a space and import FBX files. This might seem underwhelming for hardcore Second Life Users but its a coders paradise.

How i am seeing it, HyFy is a platform for the next Google to come along and create a service that offers something for VR users.

How the HyFy Alpha looks now i’m confident won’t remain so for long. I feel maybe, especially in my little VR bubble that people expect it to be a virtual world you build from the inside, but I’m starting to think i should come at this alpha from a UNITY/UNREAL developer viewpoint. With HyFy being pretty open with scripting and hosting, it would only take one dexterous developer to create a plugin to import an entire OculusVR demo from Unity3D. Perhaps it is from that dev crowd HyFy should be attracting interest from, rather than me who just uses tools already available to create content.

I’ll keep poking at it because eventually someone will make the tools that will unlock my imagination… or allow me to order pizza :-P.