It has been over a year since the Urchins group had any sort of party in the Hideout. I still have alot of things to prepare before i can relax into the christmas spirit and im on the verge of just giving in and starting now… ANYWAYS the urchin party was the start of a 3 night Virtual festive bonanza. The Urchins Party on Friday night , the Steam Santa gathering on saturday night, and the Egnog Christmas troll rescue mission Sunday night.

I was a little worried that my rushed preparation for the party would lead to no one turning up, but the table holding 16 places was full with more arriving. Between January and september of 2009 urchin activity in New Babbage had dwindled, and it was great to see the gang back together with new additions who have just recently found New Babbage.

Gods Bless us everyone, and heres to a fun packed eventful newyear in the Virtual Steampunk world of New Babbage, BRING ON 2010! 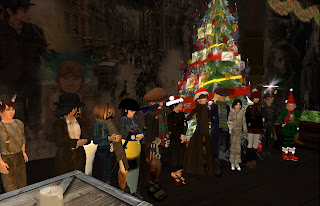 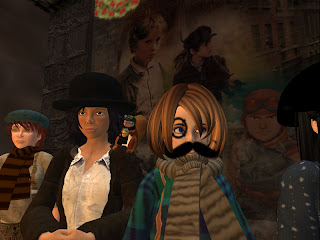 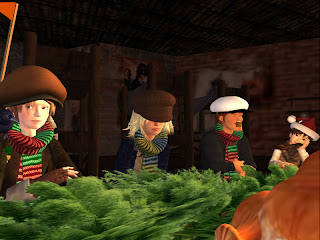 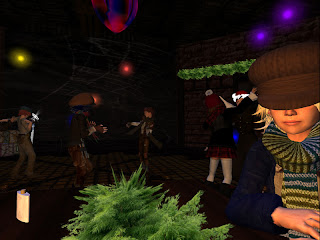 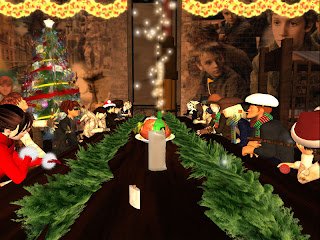 1 thought on “The Urchins Christmas Party 09”