So i finally finished a months worth or rebuilding, upgrading, buying new plot and building new shops in New Babbage. It was all beginning to look a bit shabby since new techniques in building with sculpty prims have meant more detailed designs can be built with less prims.

Upon my return to New Babbage i decided to start with the Absinthe cafe. it needed to be completely restructured with sculpty windows and a bigger yet less primmy Distillery. I also reworked the tables and chairs to have more detail without using more prims. While refurbishing the Absinthe Cafe it was important to keep the same dark dusty feel, and i think ive managed that. 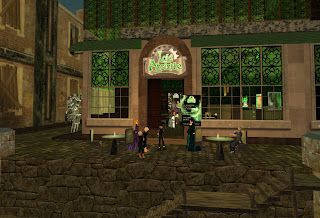 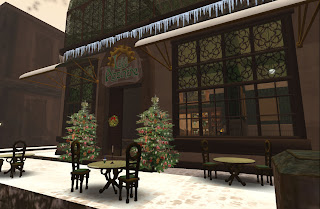 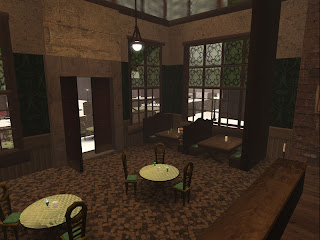 Next on my list was the plot i bought across the canal from the Absinthe cafe. I saw the plot was available and GRABBED it, even though i struggle as it is to pay for the other two plots rent. Here i decided to build a new house for 3 shops i wanted to create. Cobblestone house was influenced by a building i walk past most days when in Exeter City, an old tudor house. For this i was able to use all the skills i had learnt during the House of Pips project at burninglife 09. i wanted to make a building with a warm character where people would enjoy walking past while shopping along the canal. There is also a rather sheltered ally behind the house called Pennywise lane. It’s so small you could easily miss it and an interesting place to hold RP encounters. 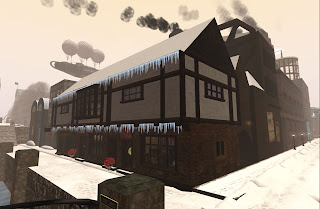 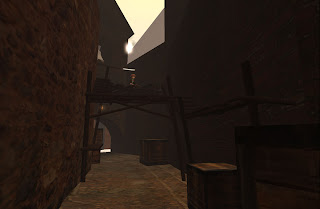 Third on my list was one of the Oldest Buildings in New Babbage needed refurbishing. It had become dated with its cut out pictures of seats and primmy machines. I considered redoing the WHOLE building from the ground up, but instead chose to only rebuild the front of the building using sculpty prims. Inside i completely rebuild the Seating and the stage using Sculpty prims to create proper 3D seating that looks alot more detailed than before. Recolouring and flooring made the place seem more vibrant and adding falling beams and cobwebs added to the idea that this theatre was rundown, old and no longer used. In the lobby i was finally able to add some details such as office box, clock and proper stairs which i could not before due to lack of prims. last of all was the Urchins hide out in the attic which got new more detailed bunkbeds, better tables and benches, and proper Cogs turning in the floor. In all the Imperial Theatre is as up to date as i can get it. 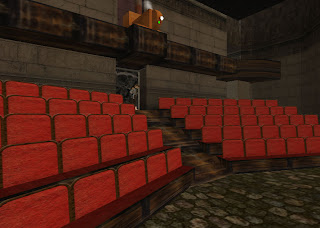 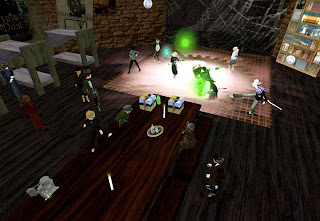 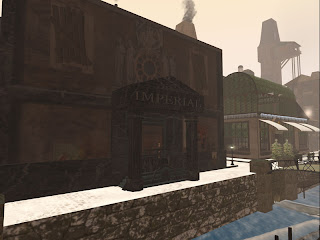 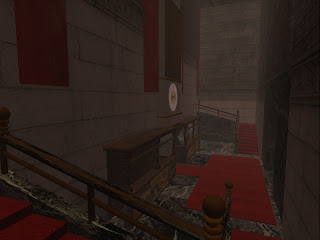 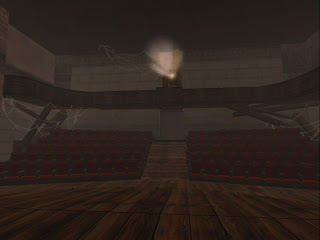 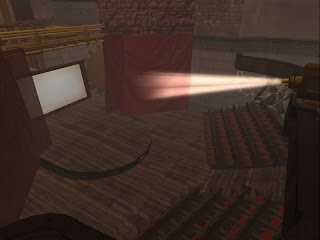 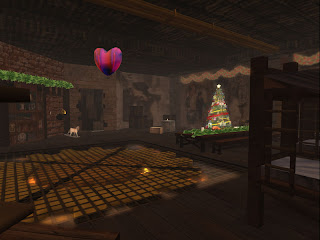 Finally the last place that was always an afterthought when first building in new Babbage, The Opium Den. Hardly any prims left to build this room originally, but now thanks to the Sculpt-o-matic tool i was able to give the place a more detailed look. Much darker now and better stairs to the roof. Even has more beds to rest and listen to music while on the virtual opium. 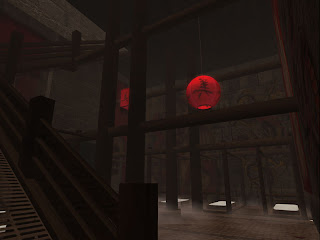