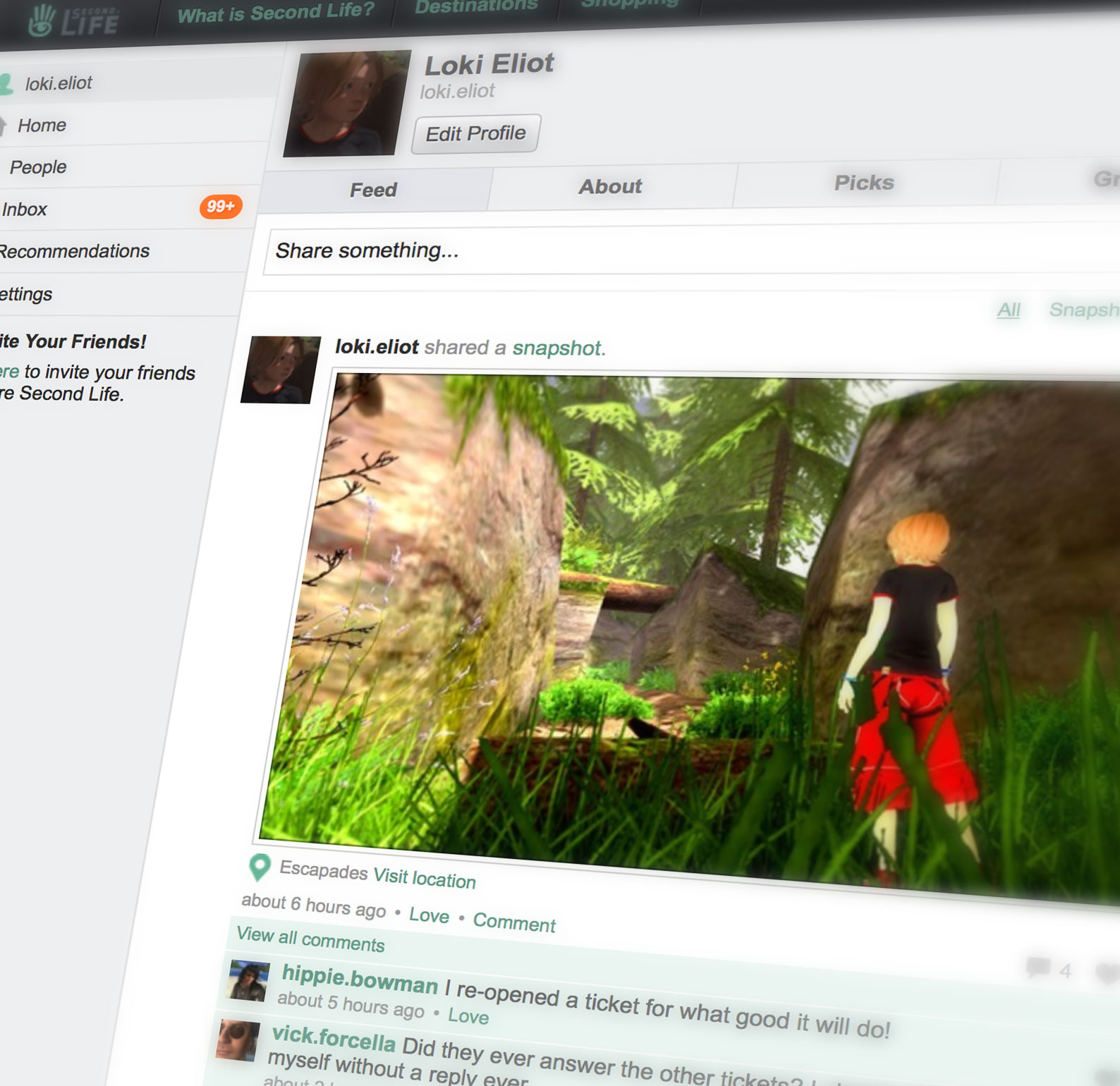 I love the SL Feed but it always feels like it’s half way between being closed down by the Lab or being expanded to fully function with Second Life. If the current trend is anything to go by, i would not be surprised if the Lab decide to close SLfeed down now that we can export to third party services such as twitter and Facebork.

There is more support for posting Marketplace items on Twitter and Facebork than there is for Second Life’s own social network page, same goes for destination guide and i expect the same for Experiences once thats out.

I wonder what SLfeed is to Linden Lab? is it perhaps a legacy feature that’s crumbling in the wind of time, causing grumbles every time it acts up and stops posting peoples shared experiences of the grid.

I wonder what SLfeed is to the majority of Second Life’s users, most of who don’t even know the feed exists.

For me it’s still the main place i go if i want to see what my friends have been up to on the grid. It’s where each day i receive this or of a similar message.

UPDATE: It fells to me that by buying Avatars United, Linden Lab destroyed something that could have grown to be a pivotal service in the new VR Hype Cycle. Avatars United could have become a popular alternative to Facebook and other Anti-Anonymity services and a service of choice for new Virtual Worlds. Oh well :).