Eight years ago in the newly born steampunk city of New Babbage we did an experiment. An event was held to bring the fresh VR steampunk community together and get to know each other. Eight years later we are still holding the same event like some folk tradition started by the founders. 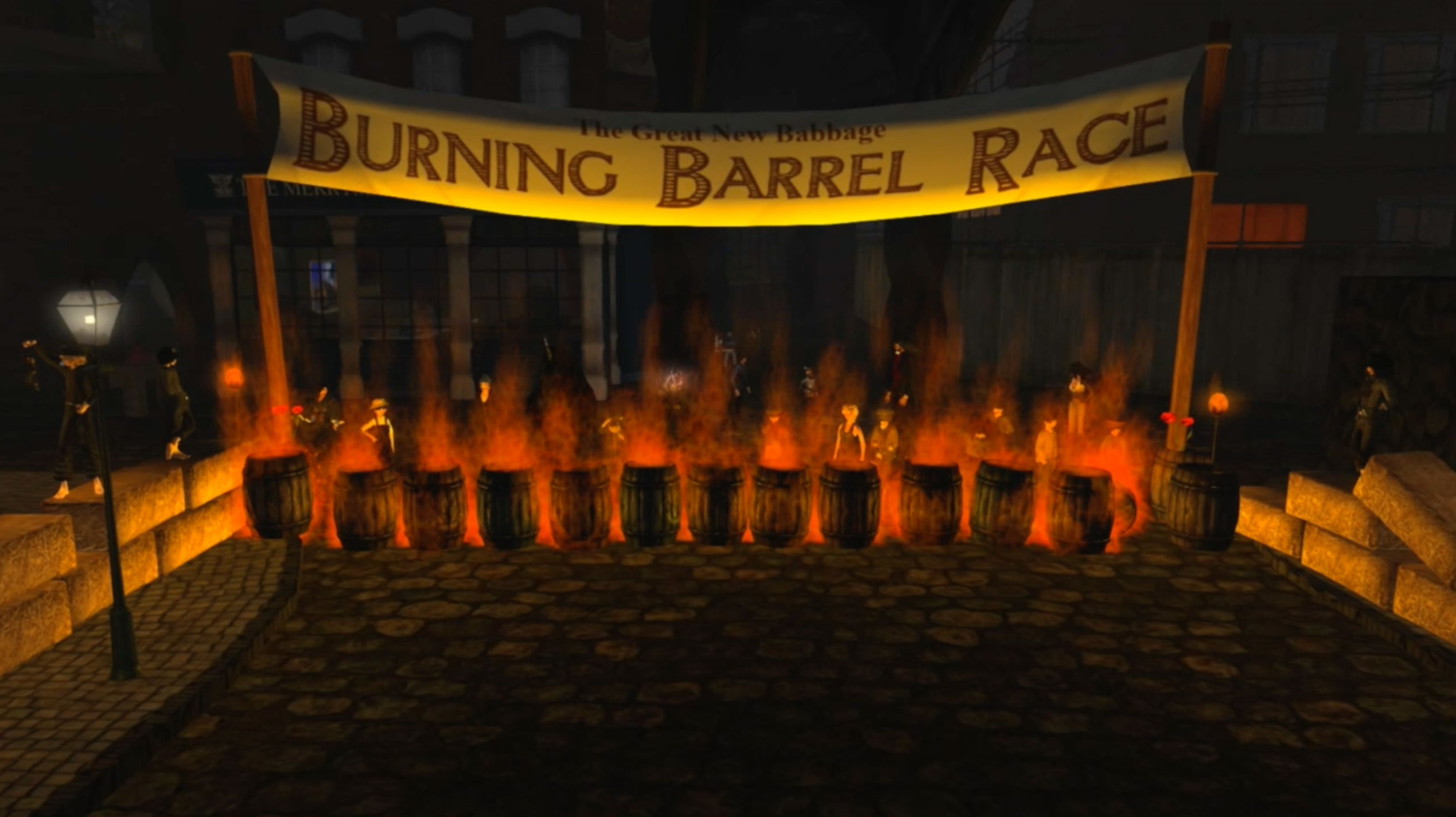 The New Babbage Burning Barrel Race has always been a good indication on how much the Second Life platform has improved from year to year. Some years things are worst, while others are vastly improved as a large collection of particle spewing physical mesh objects are flicked down the texture heavy streets across region boarders past crowds of onlookers towards the finish line.

This year performance was rather spiffing with the CDN and HTTP pipelining and the Shining projects completion earlier in the year. Some experienced the CDN issues of slow or failed texture and mesh loading, but for the most part people had better than usual performance during the race. Nor did the regions crash unlike last year.

Not satisfied with just throwing burning barrels down the streets, we also had an incident where a victorian shopping arcade caught fire and soon blazed out of control. With pieces of building collapsing all around, most of the towns people simply stood in awe of the spectacle, and when you reach that point where you are no longer thinking in turns of performance specs and are just drinking in the sounds, visuals and reacting to the moment with friends, then you are immersed and Second Life has taken you that step further. These are the moments i think all SL role-players strive to achieve, the moment when the memory of whats going on gets burned into your brain as a real shared experience. So this year will be remembered as “that year the old arcade burnt to the ground after the burning barrel race”. 🙂

Anyway, along with Second Life’s outstanding performance this year i also managed to film the whole thing and uploaded to ZippCast.


And for those who are interested, here is the first recording ever of the Burning Barrel Race on youtube