Fantasy Faire last year was new to me and i had such a great time there that come this year i was quite excited. The event is a collection of regions devoted to all things fantasy with lots of creators and merchants. You have to sometimes take a step back and remember that all this is user generated, not some game developer team. All trade there goes towards cancer research. 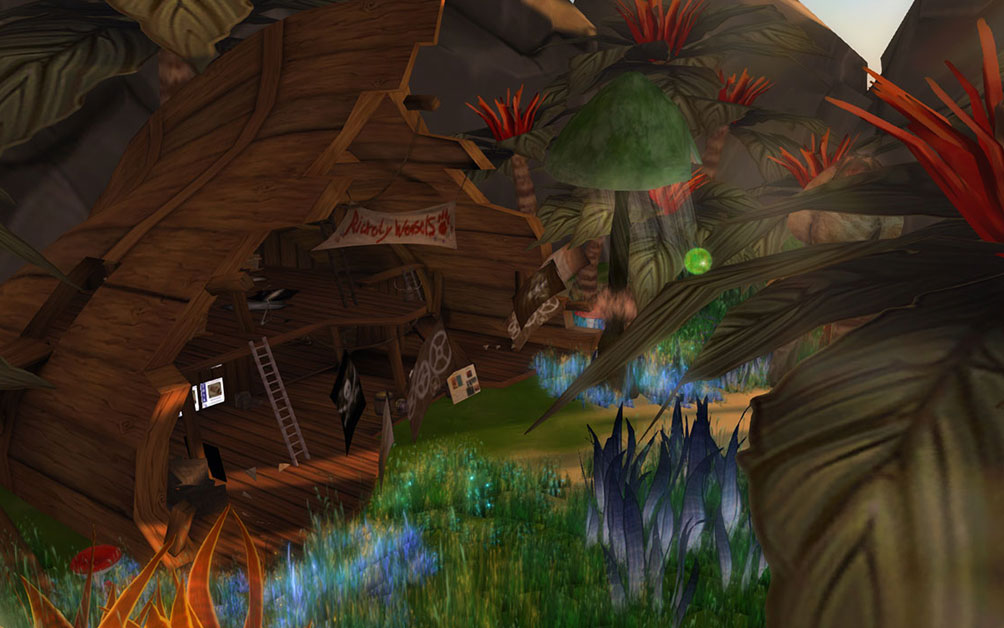 This year Myrtil Igaly and Jimmy Branagh helped organise a roleplaying group called the Rickety Weasels with an ongoing story of kidnap and rescue which anyone can jump in and take part. I had great fun working on a costume for my avatar just for this event that uses my new work in progress Mesh Avatar. I also made some hats and a Dreamcatcher Staff which are on sale as part of the fun raising event and you can get them at the Rickety Weasels camp.

If you are at Fantasy Faire and you see a small scruffy kid asking questions about pirates and shadows, do give them some help and even join their quest to uncover the truth behind the kidnapping of the guardians!. 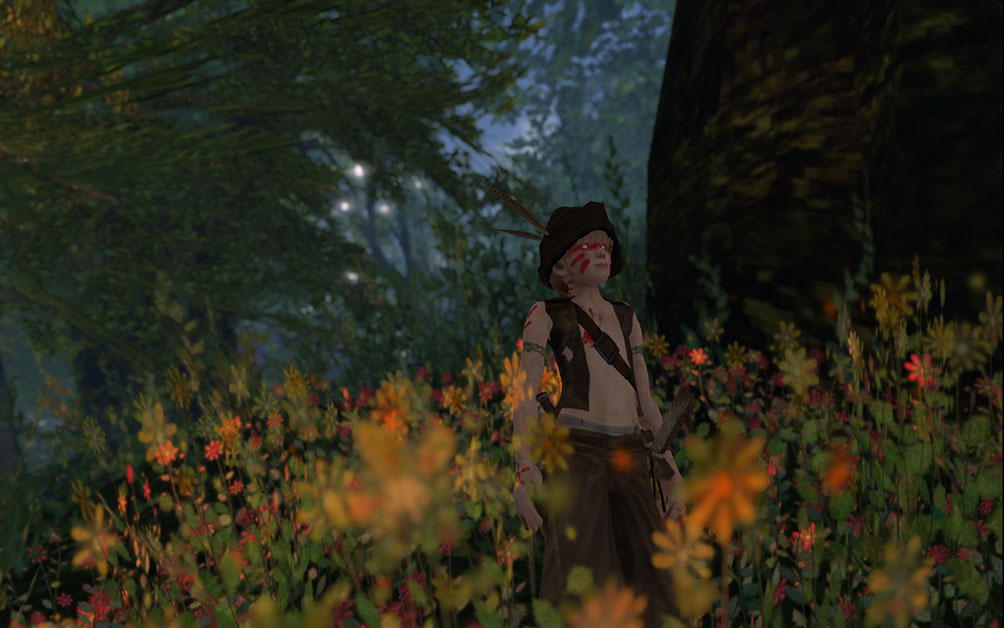 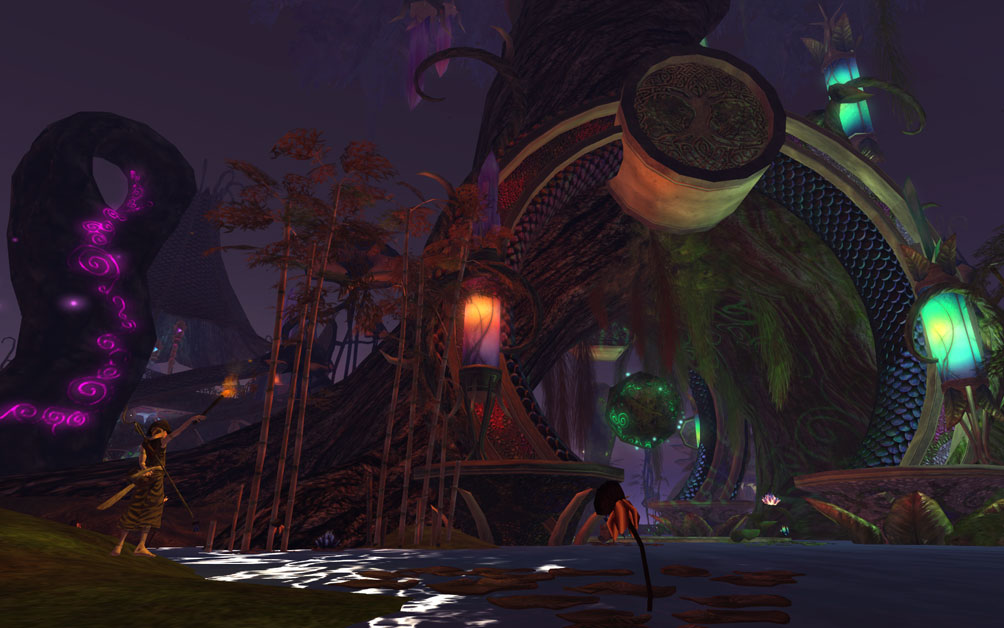 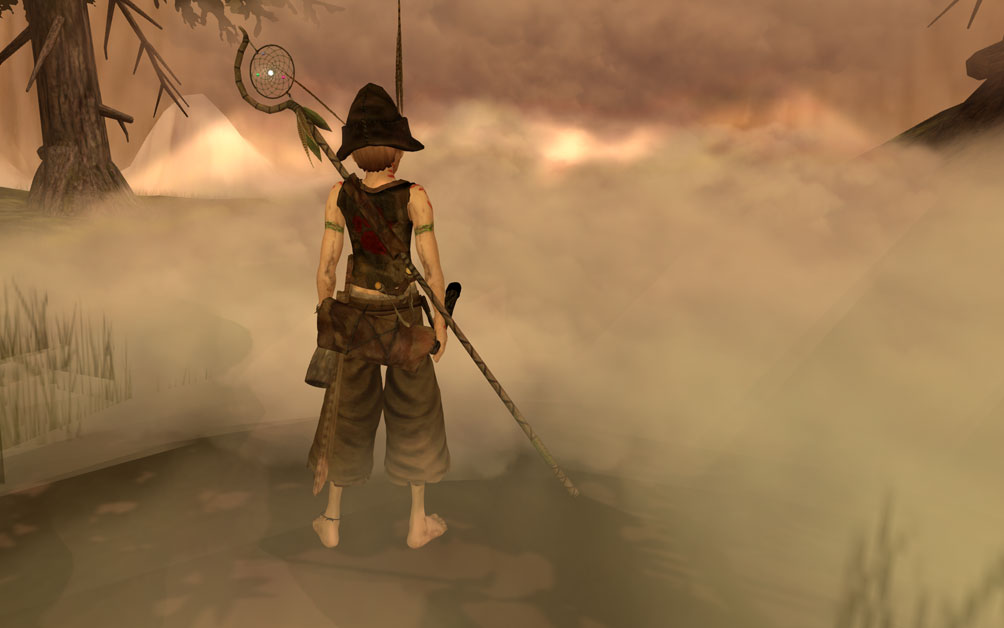 Unfortunately during the Beltaine ritual and in fact the entire evening, the Second Life grid suffered a server storm. People just call it Lag, but it was not really laggy. Mesh fails to load leading you to bump into invisible walls. Since my body is now completely mesh all people saw was my head which rezzed perfectly now that Linden Lab added the server side baking, which is also ironic in a way. Then Inventory started to fail, and transactions which was terrible for an event that was trying to raise funds for charity. At first i thought it was just Fantasy Faire suffering from the same high server demands as last year but soon Linden Lab was tweeting unscheduled maintenance grid wide, so it looks like it was just very bad timing.

Another thing i noticed is Avatar Weight. This was something Linden Lab introduced a while ago as a handy tool to help people reduce their avatars cost to render. All you do is enable ‘advanced’ menu in preferences, then goto ADVANCED MENU> PERFORMANCE TOOLS> SHOWDRAW WEIGHT FOR AVATARS. This give you a coloured number that represents how much resources your avatar takes to render. Green is good, yellow is ok, red is BAD. If your avatar is in the red then you are costing yours and others computers a lot of computing resources. Now when i switch on Show Draw Weight  pretty much everyone is red. There is a complete lack of awareness about Avatar Rendering Cost or ARC,  and what causes your avatar to hit the RED, it could be something as simple as a heavily scripted pair of glasses. Would you like to know more?

Those who managed to relog after spontaneous mass-logouts soldiered on and in a way the issues become gamified in the challenge to keep heading to mount doom. In the end me, Nat and Pokute managed to arrive at a place inspired by Minas Tirith and re-enacted the scene from return of the king where the steward of Gondor jumps to his death :-p

There are busy places, great complex architectural marvels of the Fae Court, while other places are more calm and simplistic environments. Some spots had me stumped on how they got it to look such a way. You must have your wind light settings set to default because the settings the creators place on the regions are part of the grand picture they have painted.

The adventure is in the exploring. Each location has a pathway that leads to the next region. Finding these pathways can also be a challenge so grab yourself a fellowship and travel the lands of Fantasy Faire before its gone for another year!

Fantasy Faire is on all week so you have plenty of time to visit. I will be popping in all over the next few days to find out where those kidnapped guardians went.

Also i think King Goblin will be making a visit sometime soon so follow his SL Feed for clues to where to find him to get a free Wizards Hat. 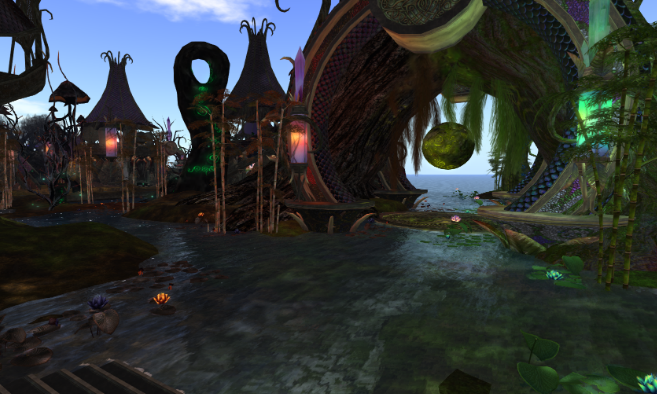 Celebrating its sixth year, the Fantasy Faire is the largest gathering of fantasy designers, enthusiasts, roleplayers and performers in the virtual world. From May 1st through the 11th, treat yourself to eleven days of shopping, live music concerts, auctions, hunts and roleplaying. Come join thousands of Second Life residents and creators as they bring their visions together in support of the American Cancer Society.