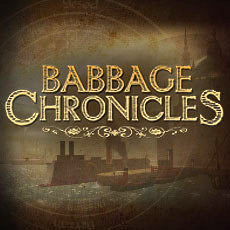 In 2011 a group of Second Life role-players watched as an entire pumping facility collapsed around them in the Steampunk city of New Babbage. So ended a story that had started in 2006 and evolved in to this monster of story telling, scripted HUD’s, machinema and clue hunting.

It all started fairly simple and random. I built an abandoned theatre and placed dark brooding murals in the attic. Then a user known as Professor Nishi blogged about finding them and speculated about their meaning. This sparked and idea to set up a murder mystery, the murder of Alexander Eliot and from there grew stories of a secret device, doors to other worlds, old gods, cloud angels, Homunculi, buried statues, crypts, ancient knights, prisoners on the moon, a great fire and secret organisations.

Since the Story finished i have been rebuilding my steampunk plots using mesh trying to achieve a much darker and grittier atmosphere. I have also been trying out new ways to achieve complex RP. In the past there has been two sides to the Roleplay story, one is the HUD based clue hunt mysteries where anyone can grab a HUD and go search for clues uncovering a story. The second is an ongoing interaction of players who who can contribute to the over all story in a freeform style RP. One is like and old style RPG adventure, while the other is more akin to Live Action role-play in virtual space. I was never happy with how both seemed so separated from each other making it hard for me to maintain a unified experience.

So i’ve gone back to the drawing board and learnt some new tricks with Second Life and have finally returned to RP in New Babbage with the Clock’in system.

The city of New Babbage slowly recovers from the time of the Dark Aether falling. The iron grip the Van Creed society had on the cities businesses has collapsed leaving room for new ventures to take advantage of the large potential working class. Set in the steampunk city of New Babbage, two large factories are looking for street urchins or adult working class citizens to come work for them.

What is it?: It’s a points based casual RP game that anyone can get involved with but does not require you to Roleplay if thats not your thing.

How does it work?: You choose a factory to work at, visit the Punch Clock and grab the free HUD, then click the Punch clock once everyday to gain attendance points.

Do i have to be there everyday?: By clicking your factories clock every day you gain attendance points. The more points you gain the higher in rank at the factory you become and the more items you can collect such as Hats, boots, and even special tattoos.

Where does the story come in?: The story will unfold over the coming months with events and encounters pitting factory against factory, mysteries to work together to solve and what ever else players might come up with by themselves. In some cases people will earn bonus points, while in other situations points will be deducted.

What if i don’t care for Points and just want to RP?: The story and roleplaying will unfold regardless of the attendance points system, it just means you won’t be able to get the collectable items from the Clock’in.

Is the Workers HUD just for the Clock’in?: No the Workers HUD also gives you extra options for using special work animations in the factory and will be updated with new ideas to help with role-play encounters and mysteries in future.

The Clock’n system is an experiment and is free. I’m hoping the system will allow me to do more complex ideas and allow those who love to invest in proper Roleplaying and those who like a gaming experience both to enjoy themselves at the same time. With so much going on with new features and updates and OculusVR, its nice to get back to what SL is truly create at, immersive experience.

If you are bored and want to try a new role-play then join one of the factories and help New Babbage become great again. 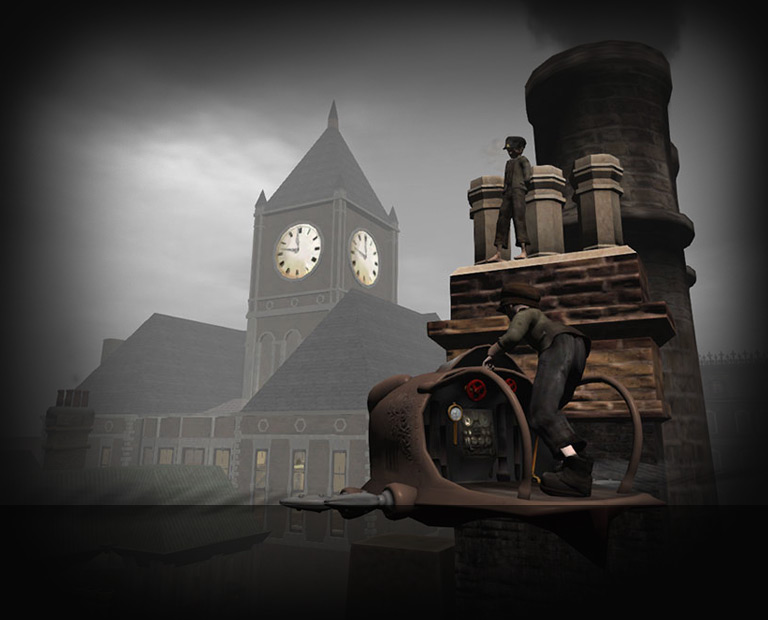 If you have any questions about the Clock’in system feel free to IM me in world. You can also find out more from the Babbage Chronicles website.

I need to thank my friends Matthew for being such a great and patient teacher with Scripting and PHP, Jimmy for helping with one half of this on going story and Myrtil, Max and everyone else who has helped test the HUD and joined the group to help push the RP forward. Im really looking forward to finding out where this all leads over the next few years :).

2 thoughts on “Returning to freeform Role-play”