So i was listening to the Draxfies Radio hour on friday. The debate between Drax and Ben Lang on ‘what VR is’ interested me.

Im pretty sure VR or Virtual Reality is being hijacked and repurposed by the OculusVR hype. As if any use of the term before we strapped sensors to our heads is not valid anymore, and that Head Mounted Displays ‘HMDs’ are the ONE TRUE form of Virtual Reality thats never been possible before now.

I’m reminded of an interview with Ray Kurzweil where he once said even “The Telephone is Virtual Reality, you enter a virtual space as if you were together”. There was also a point made about one being a world seen through a screen while the other is not, …except it is, thats what the ‘Display’ part of a Head Mounted Display is referencing.

There are differences between the two experiences, i accept that, in fact there are a lot more different ways to experience virtual reality. But i don’t agree with this notion that HMD experience is the ‘One VR experience that rules them all’.

More than one VR experience

Second Life allows for lots of different ways to be immersed in VR. It gives the user choices which best suit their personal abilities and those who have become attuned with the Ui Language can fully immerse themselves emotionally. I have memories of fantastic events, and the friends who were there. Trying to argue that this is not proper VR because i don’t have a sensor strapped to my head to fool me into thinking I’m really there, is sort of arrogant and a clear sign to me of HMD hyperbole.

HMDs are just a sensor tracked screen on your face. It helps fool you into thinking you are somewhere you are not. To people who lack the ability to use imagination this will be like magic. Don’t get me wrong, the HMD experience is definitely amazing, but for long time users of VR i think what they value in VR is above and beyond what is basically an extra depth to VR perception and if they can’t find that value while using HMDs then they won’t use HMDs. 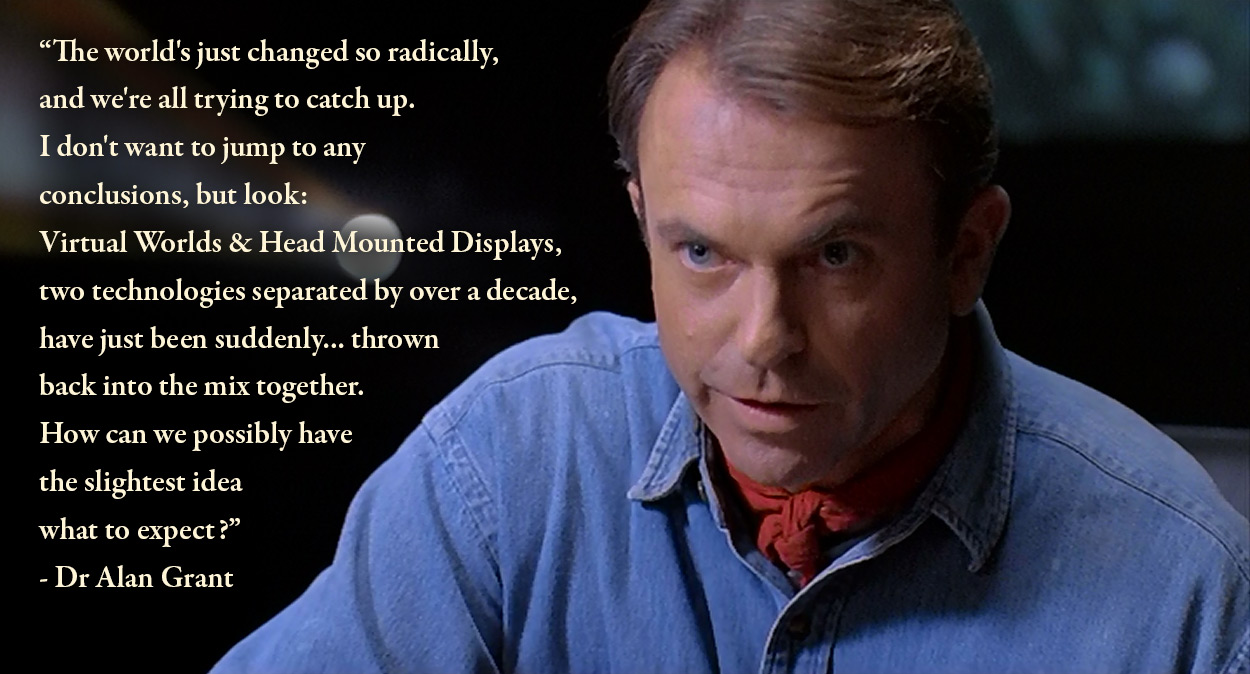 It’s fine if champions of the HMD want their own little VR gang where they can feel all superior with their lack of immersive imagination, but don’t hijack the whole plethora of Virtual Realities to hype your fancy sensor tech. 😛

5 thoughts on “I think the OculusVR Hyperbole is hijacking ‘VR’”