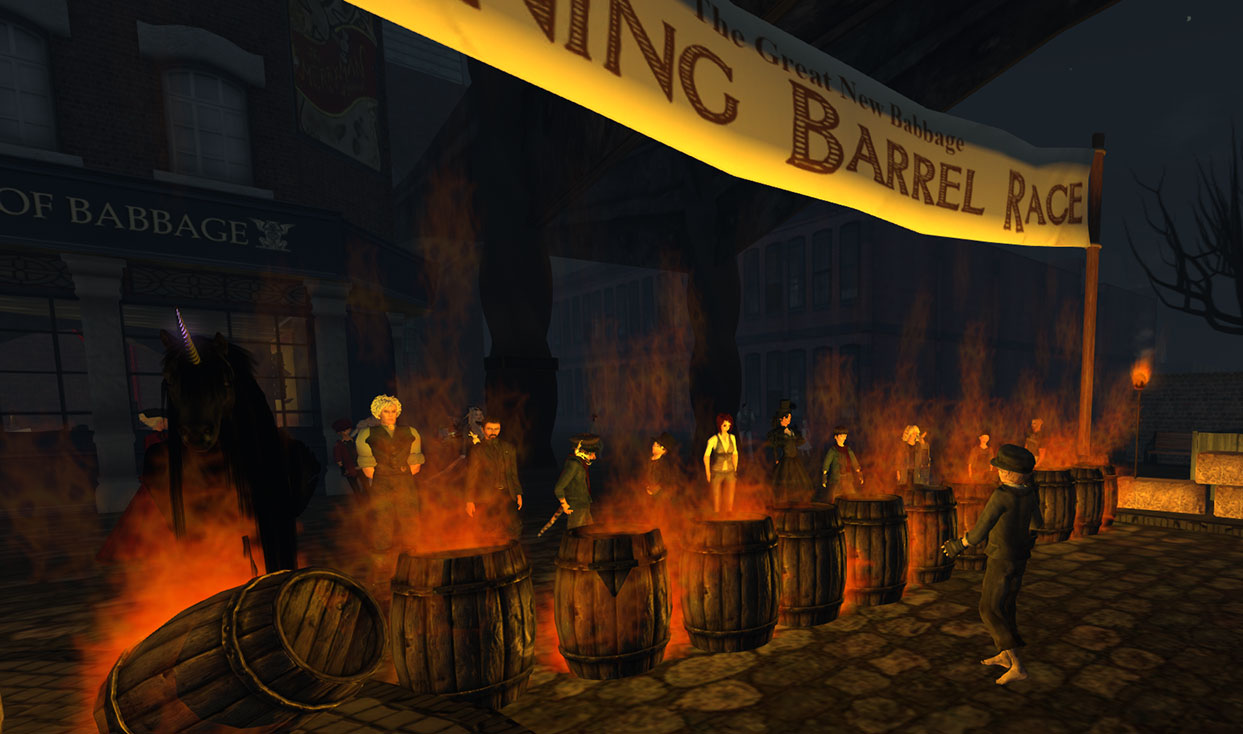 Two weeks ago i held the 7th Annual Burning Barrel race in New Babbage regions. New Babbage is a sooty smoggy dirty brassy collection of steampunk regions in Second Life. Notorious for its big laggy builds created by extremely creative mad professors its my second home in Second Life. I explore history and science fiction through creating and roleplaying there.

It’s a Steampunk town built by a collection of enthusiasts and when i first arrived seven years ago i wanted to do something that brought us all together socially and thats how the Burning Barrel Race began. The Race is based loosely on an old tradition from a small village in England called Hatherleigh where in the autumn they would light tar barrels and roll them down the hill street. These days health and safety and property insurance make such a thing impossible.

Since the first Barrel Race in New Babbage the event has grown and even featured on New World Notes. More people take part and as Second Life becomes more stable the event gets shorter because people are able to control their avatars and barrels better. It’s more of a marathon than a race. It’s the taking part and getting your barrel to the finish line thats important, not who comes first.

The other aspect of The Burning Barrel Race that i think makes New Babbage residents so excited about it every year is that after seven years, its become a tradition shared by those in the Babbage community of SL. A shared experience that gives a real sense of shared atmosphere and as more people join in the more i think about expanding the event to be longer and make a real evening pout of it.

This years Barrel Race almost did not get filmed due to My Sl viewer screwing up. Luckily the awesome SuperSuz came to the rescue and filmed some of it. So please enjoy the short video of this years Great Burning Barrel Race 2013 and come join in next years event!