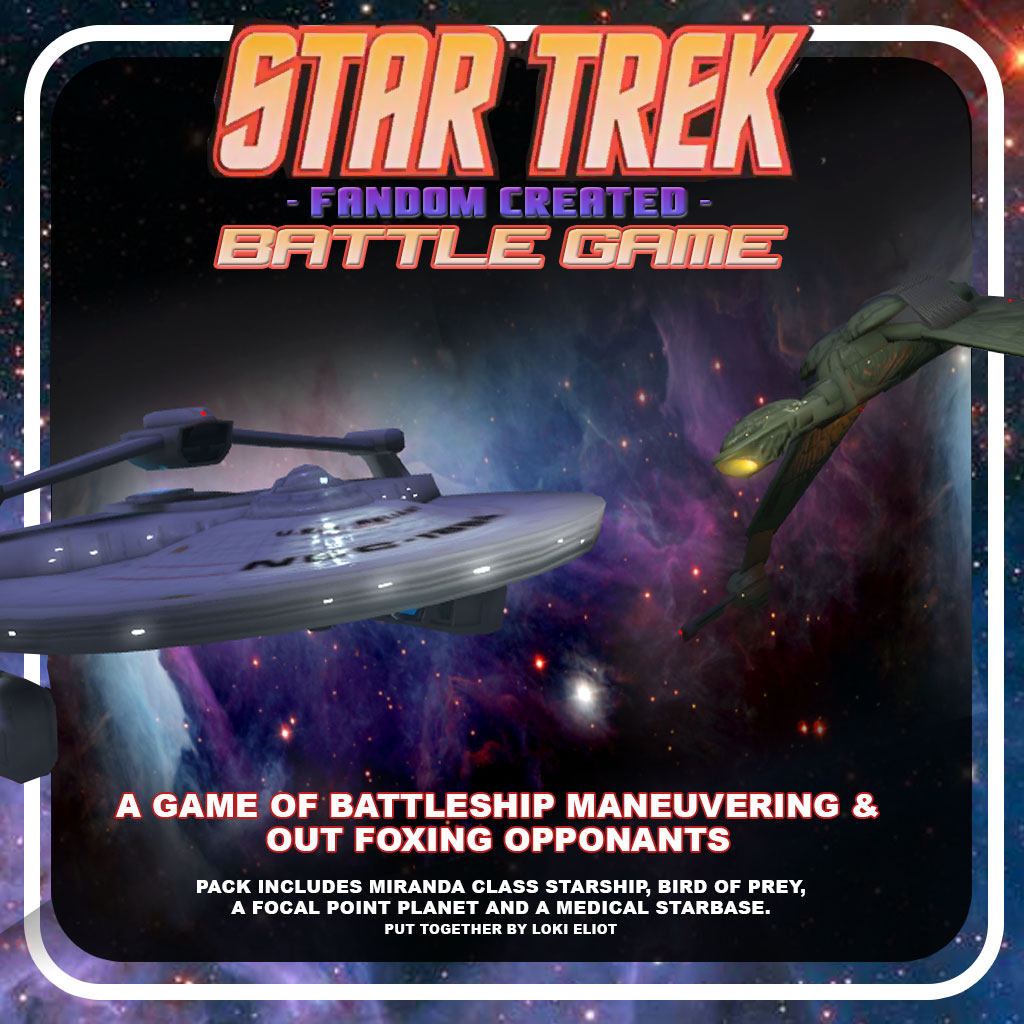 Ok so its no secret that ive in the past week been messing about with some Star Trek models i found on the web.

Originally i made the enterprise for my friend Billy who is a big Star Trek fan. I prefer to reference culture rather than replicate it in SL, but in this case i decided i wanted to give Billy something epic.

I didn’t want to spend ages painstakingly  building from reference images so i found a trekkie fandom forum that had some fan made models freely available for sharing and what not. The only thing i needed to do was add the new materials feature and some lighting effects to help the starship pop out, then script a basic vehicle script so Billy could boldly go where Billy has not gone before.

I was quite chuffed with the results of using materials for the extra shiny detail  so decided to make another ship, then another and before i knew it, id made Billy a fleet. So i decided to combine this with another project to create the basics for a battleship game.

The final game is one of moving your ship into position and then firing then moving out the way, not quite pew pew galactic whizzing. There is the added element that the klingon ship has shorter range, lower shields, yet faster and has two canons compared to the federation ship. Also you can regain health from the little floating space station included with the pack. I say little, but the ships are between 30 and 40 meters long, perhaps not healthy for a sim to hold a galactic space battle.

So anyways im letting everyone have this small project for FREE because its an experiment and two because i cant really charge for the excellent model work of those star trek fans who built them…. oh and cos star trek is copyrighted innit.

Eventually i hope to develop this system into an airship battle game, so this is but a tiny taster.

So yes go to this SLURL and click the box to get the galactic goodness and find a good stable sandbox to rez the planet and ships and go for it, share them, mod them,   enjoy yourselves, thats what we are here for!

NOTE: The Enterprise and Daedalus starships were gifts for my friend Billy only and are not available in the pack, sorry. Also i can not give any support for any issue anyone may have with what i’ve built. 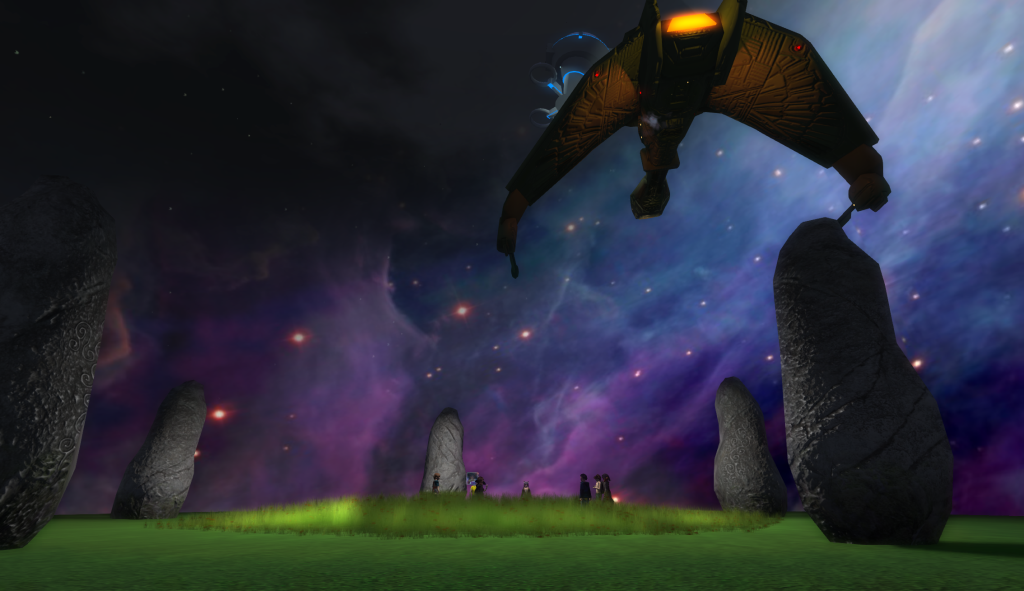