For years I’ve seen youtube videos of people experimenting with all sorts of ways to control Second Life.

I remember this vid by Mitch Kapor who was a chair at Linden Lab. It showed a kinnect style motion camera interacting with SL and much was said about how this would change the face of virtual worlds…… meh…

Ok so THAT never happened and ill blame M Linden as i always do.

In the past year there has been a veritable barrage of input devices coming onto the scene specifically designed for multiple uses with what ever software might want to use it. 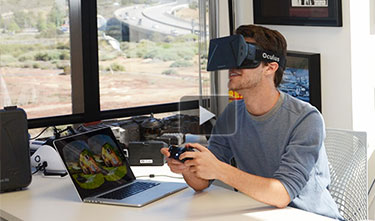 The Oculus Rift is a streamlined headset display that gives you a proper immersive visual experience and is currently in development to be supported by Second Life.

The more i think about the Oculus Rift the more i begin to realise how it could possible impact the SL platform.

If the Oculus is as cheap as they claim it will be, if it gets good game developer backing and more importantly if the public get on the hype and buy it on mass then all Linden Lab may have to do is say “Got an Oculus Rift? Why not take it for a spin in an endless world of virtual space? FOR FREE”.

I mean if you get an Oculus Rift and do not have any official games, Second Life could be there and ready as the ultimate Virtual Immersive FREE experience, Maybe even sneak a sign up card in every box of Oculus Rift.

Depending on what Linden Lab settle on for Oculus UI, they could have a welcome Island specifically for Oculus users who want nothing more than to simply experience a virtual world with oculus rift. They will want the ‘OMG I’m like totally in a virtual world, woooooow” factor. 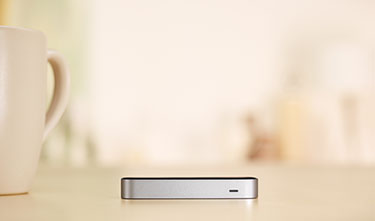 The Leap motion is a small box that sits just infront of your screen and can see your hand movements and even determine which fingers you are holding up.

Some have expressed interest in how this could change the way people build stuff or interact with stuff in Second Life. For items that need a lot of precision i can’t see myself relying on anything other than a mouse, but for simple interactive tasks the leap could an interesting tool for exploring and socialising in SL. 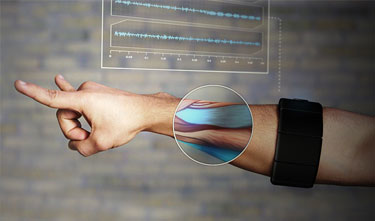 [UPDATE] Nat reminded my of MYO which does a similar thing as Leap Motion but from a different direction. It senses the differences in your arm muscle when making hand gestures which can be transformed into interaction of virtual space. Im not sure weather it can track your hand movements or just recognises your hand shape. 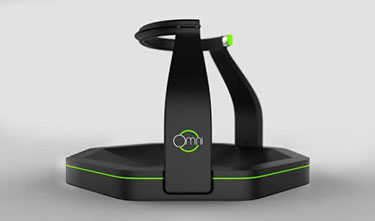 The Omni VR Rig is a rather large frame so far resembling something out of Red Dwarf. It uses rather simple ideas to track and convert your leg movements into virtual movement. Basically when you run on the spot in real world the character in the virtual space runs also. Personally i fly everywhere in Second Life so i doubt i’d use it. 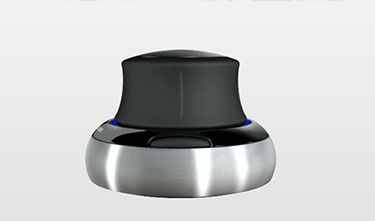 Otherwise known as the 3D space navigator, my Nephew has no idea what it does but loves messing about with it. It has been out for quite a while and has had no revision in design because … well it’s already perfect. The Spacenavigator is an input device specifically tailored for navigating 3D space and i can’t live without it. How the Spacenavigator might work with Oculus Rift will be interesting to see as its more intuitive than using keyboard and it’s already fully supported by the Second Life viewer. 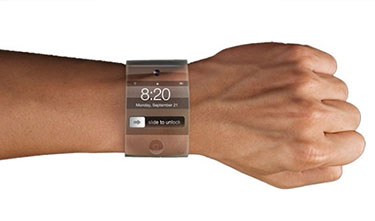 Now you might be wondering why would i be mentioning the rumoured new wearable Apple product in relation to Second Life? Initially id imagine the iWatch would have specific support for interacting with an Apple TV or MacOSX features, but its potential motion sensor capabilities could allow developers to use it with other platforms.… such as Second Life. If the iWatch follows the path of most Apple products we could see a large amount of people wearing motion trackers, a resource that Linden Lab might be able to tap into with a simple iWatch App.

The problem here is you can see the different techs, and they all give a part of a puzzle that when combined would create a Second Life experience that not only make interacting and experiencing SL more intuitive and simple, but also more Physical. I for one would welcome a more physically challenging Virtual Experience.

I recently got myself a Nike+ Fuel wristband, a rather cool gadget that keeps track of my activity through motion sensors and gives me feed back on how active i am through the day. Suffice to say I’m not as active as i could be while using Second Life.

I would like to see my fuel score increase when using SL in future, from having to look around on the spot when using Oculus Rift. Having to reach out and wave my arms around to activate things either by using Leap Motion or sensor tracking the iWatch. I might even consider the Omni VR Rig for a quick jog around my island instead of flying or teleporting. It’s a new direction where using more physical ways of interacting with virtual space becomes an important addition to UI rather than a simple gimmick.

While i look forward to more physical ways to interact with SL i am aware that there is a fair amount of SL users who have physical handicaps who might read this and think “pffft what ever”. Perhaps the fact all these techs are coming from different places means we can taylor our interaction with SL to our personal needs.

These are exciting times, ideas suggested years ago during Second Life’s hype peak are starting to appear, but is the Lab and Second Life Platform open enough o support them all?

8 thoughts on “Getting physical in Second Life”