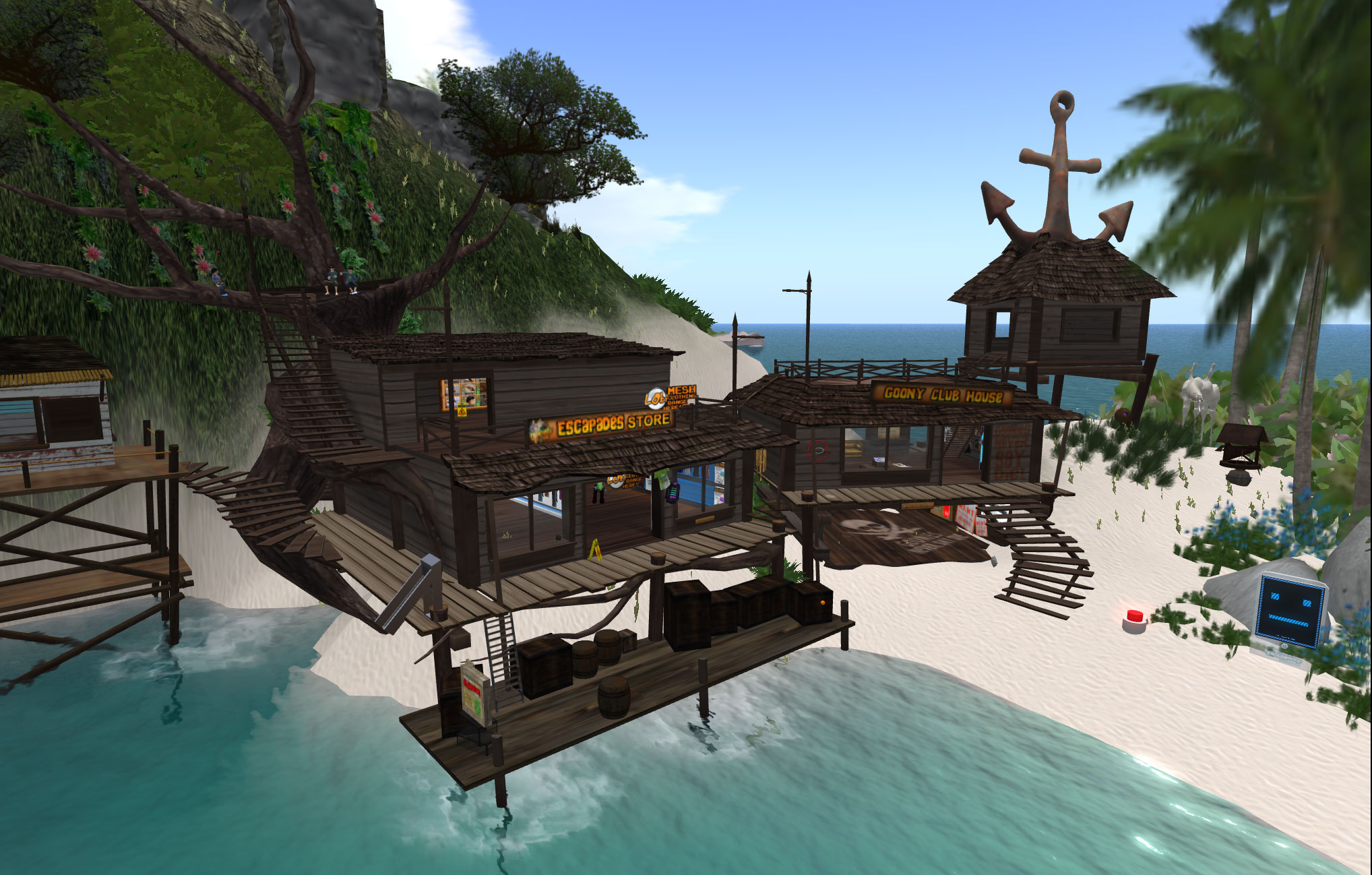 Slowly over the course of this year i shall be converting the vast majority of Builds from Prims & Sculpties to Mesh. The reduction in performance costs on the island should reduce as the more stuff is converted to Mesh.

By  far the biggest Mesh project i have done to date has been the rebuilding of the Goonies Club house and Loki Shop.

The Club house was first built in 2006 and has been upgraded twice before this new Mesh Version. It may no longer look anything like it did back in 2006 but I’m hoping people who were around back then will get the same sense.

So first thing i did was sketch out what i might want to do. Mesh gives a sense of freedom you don’t get with prims. I would sketch out the cubes of prims that could make up the building then realise that I’m free to do more crazy ideas such as hugging tree roots and rooftops that partially fall down..

Again the most daunting part ids the start, as this you have to work out sizes etc. Im not very good with numbers so working out accuracy of scale is not one of my skills.

In Blender i find that creating a build with multiple parts can result in lower land impact. It also makes it easier to work on parts of the build using the Blender Layers system.

One issue that gave me head aches was ‘Normals’ facing wrong direction. This causes object to look inside out. Blender suggests ‘flipping’ or ‘re-calculate’ normal outside, but if your object has a cut edge then it can’t figure out which side in inside or outside. Took me AGES to fix and i ended up simply rebuilding fences and steps to get it all right. 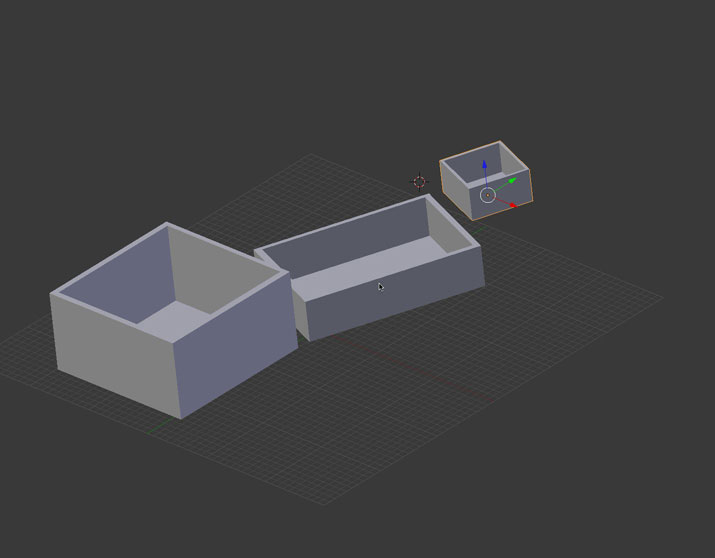 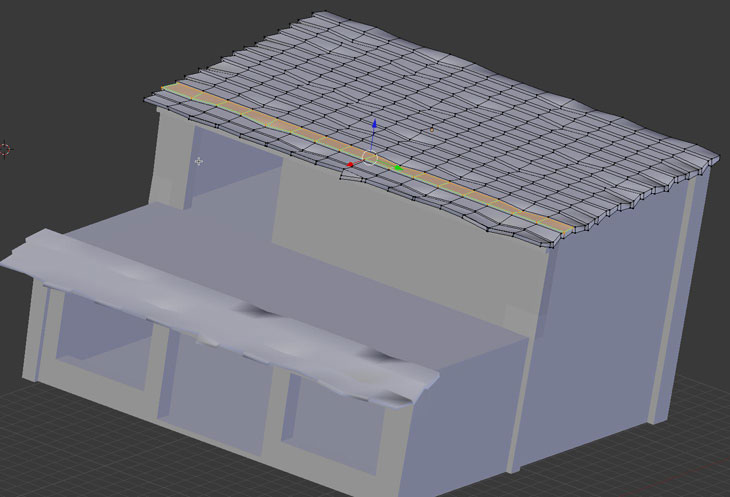 An important part of making mesh people tend not to know.

It can soon become quite easy to model a 3D object in blender once you get used to its basics. Then it’s on to texturing the object right? WRONG!

Between making a model and texturing is a really important category called ‘UV Mapping’. Think of it as putting a special coating on the object in order for the texture paint to stick to it.

UV mapping is important. It defines how your texture will be placed on the object and when fully understood you can create an object that uses one texture across multiple areas saving rendering performance.

During this project i was forced to fully work out and understand how UVmapping works, how to map them and how to create and use ‘materials’ in order to apply multiple textures to one object. UV mapping the Club house took almost as long as texturing.

Finally my favourite bit. If you master UV mapping, then texturing becomes even more easy and fun.

I do four stages when Texturing.

1. Base texture. This is basically just adding the desired texture for wood or or metal ore sand. Everything will look pretty much like they would if you slapped a texture on an SL prim.

2. Highlights.  I work out where the edges of objects will be and create a light line to help define the edges. This gives a sort of cartoon effect which i like.

3.Shadows. I use photoshop to texture right onto the 3D model. i Mark out where shadows should be and add them to the textures. I consider which direction a light source is coming from and make back facing dextures darker than the from facing. Shadows ad a lot more realism for those who can’t handle having SL Viewer Shadows switched on.

4. Details. Once highlights and shadows have been added to lift the build from being a flat shaded object you can then take a look and see what else you can add. Little details can be fun and can add to the experience of exploring the build. I decided to add moss on the tree roots and plan to add some more details in future such as posters, secret messages, barnacles. Sometimes you have to wait until you have it all razzed in world before you can see whats possible.

So I’ve modelled the new Clubhouse, UV mapped & Textured it. The next part is to upload it and rez in world. The original clubhouse

was about 117 Land impact and i knew i had gone way over that since the new clubhouse has an extra floor, a giant tree, proper railings, rope bridge, giant anchor and is wider.

Initial upload tests on the beta grid Aditi suggested i was looking at around 260 land impact, way over the original. Comparing the two is somewhat impossible though, since they are both very different builds. The Cabin i built a few weeks ago was pretty much identical in size and shape and so a comparison could be made.

With this in mind when you upload your mesh, you can set LOD detail a lot lower for the Lowest & Low LOD because people will have to be on the other side of the island for those two lowest LOD’s to be seen. Reducing the detail on LOD layers can greatly reduce the land Impact.

Considering also where your build is situated can also allow for lower LOD. If you have a big build inside a cave, you can set the lower LOD’s really low because no one will see it until they go in the gave and are right up close to it.

I know a lot of people painstakingly build the physics shape in blender to import and use with the Mesh. I’m lazy and can’t be arced. I tried making Physics shape once and got really poor response. What i know tend to do is build the physics shape using old fashions prims. I clear them of any texture and set them to 100% transparency. I have one major prim set as the floor and link the entire build to that physical prim. Then i turn the mesh build to have a physics setting of ‘none’. Finally i use prims to create all the floors and walk ways.

I find this is a much easier and flexible way to create the physics for mesh builds and also it hardly adds to Land Impact.

Im pleased with it,. It came out pretty much as i wanted. It might be a few more land Impact than perhaps necessary but it was a huge project and the smaller projects coming up should seem a lot easier 🙂 The style of modelling and texturing seems to almost be a signature style showing through which is interesting. Will my style been recognised in future?

With the Mesh Clubhouse complete I’m already eyeing up the Basic Beach Cabins and also the lighthouse which is as old as the clubhouse. 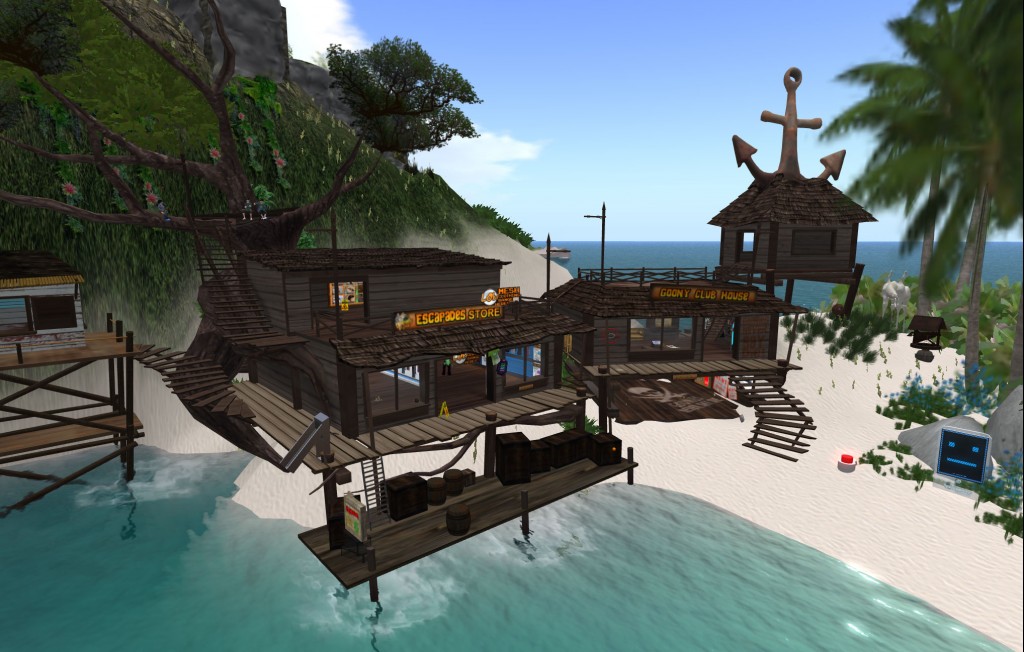