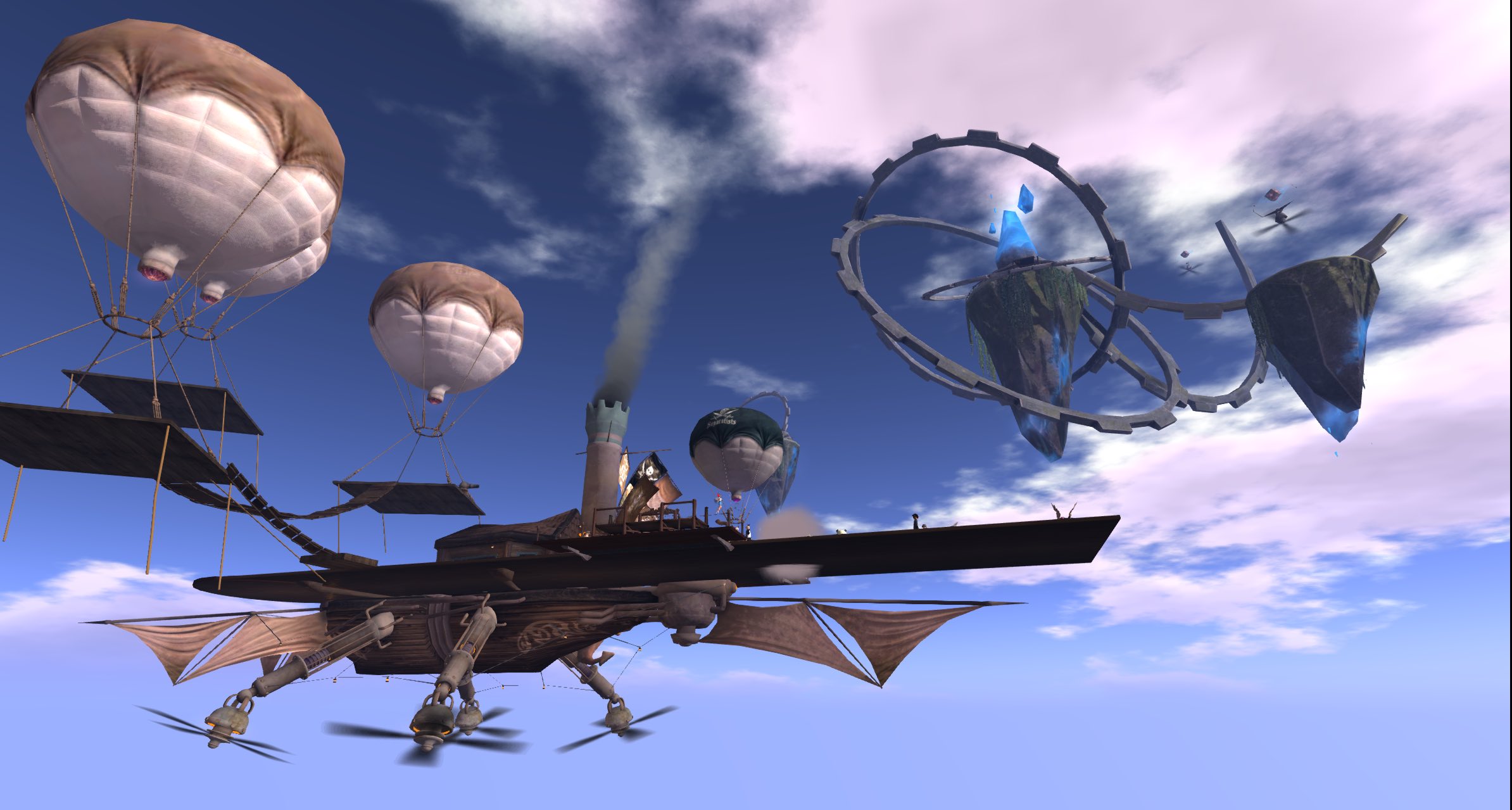 It’s been a crazy year on the island what with the entire rebuild, almost loosing all renters, then suddenly flourishing again. It’s been a rough exhausting ride.

As we reached the 9th anniversary the Island reached a sense of completion we’d aimed for since it first opened. We had such big ideas for the place, such open optimism about virtual reality but unfortunately things never seemed to head in the direction we were expecting. Did we really understand how Second Life works or did we just live on the expectations which never came?

This time last year i decided something major needed to be done because it was apparent the island was just a shell of it’s original concept and wasn’t being relevant. I took a long hard look at what Escapades wanted to be, and with years of learning to build with mesh and scripting with LSL i could finally see what was actually possible. So with the support of my friends i set to work rebuilding the entire island.

With the XP tools i created a set of my own tools for the island to try and simplify the creation of basic adventure.

BASH GAME: Originally the idea was set around a childhood memory i have of exploring woods and using a stick to hack my way through dead tree branches and undergrowth. That sense of adventure seemed so basic that perhaps it could be the bases for adventure on Escapades island. So i created the BASH game where you have a stick and can bash things to get gifts, fight monsters or get to unexplored areas.

STORY BUTTON: I love story telling through my art and Escapades Island is full of stories. Around the island you will find Story Buttons, much like in a JRPG they will pop up with information or simply a bit of story. Every place on Escapades Island has a reason to be there , it’s not just there to look pretty and the story buttons aim to help you learn about everything you see there.

PORTALS: One of the biggest changes to Escapades Island during the rebuild was the removal of ground level caves. We added portals so when you walk into a mine entrance or a tunnel you are automatically teleported to a cave system. This allowed us to be more ambitious with exploring caves giving a much bigger sense of adventure.

Games are hard to make in SL because there is so many tasks that need to be done to set them up. The hope is i’ve simplified the process so that i can casually set quests for my friends and visitors to enjoy.

“Escapades is an Island originally created to keep the Founder safe and hidden from the trauma of our world. As the Founder grew, so did the Island form around him. Over time the founder left, but the island continues to welcome those who come through the mists lost.”

And wether you like the story or not, that is what Escapades Island is to me and my friends. It is their home, the space where they feel safe , feel part of something and that is why the place endures.

Anyways, here is the highlights from the 9th Anniversary weekend. Thank you everyone who turned up and support the island through out the years 🙂