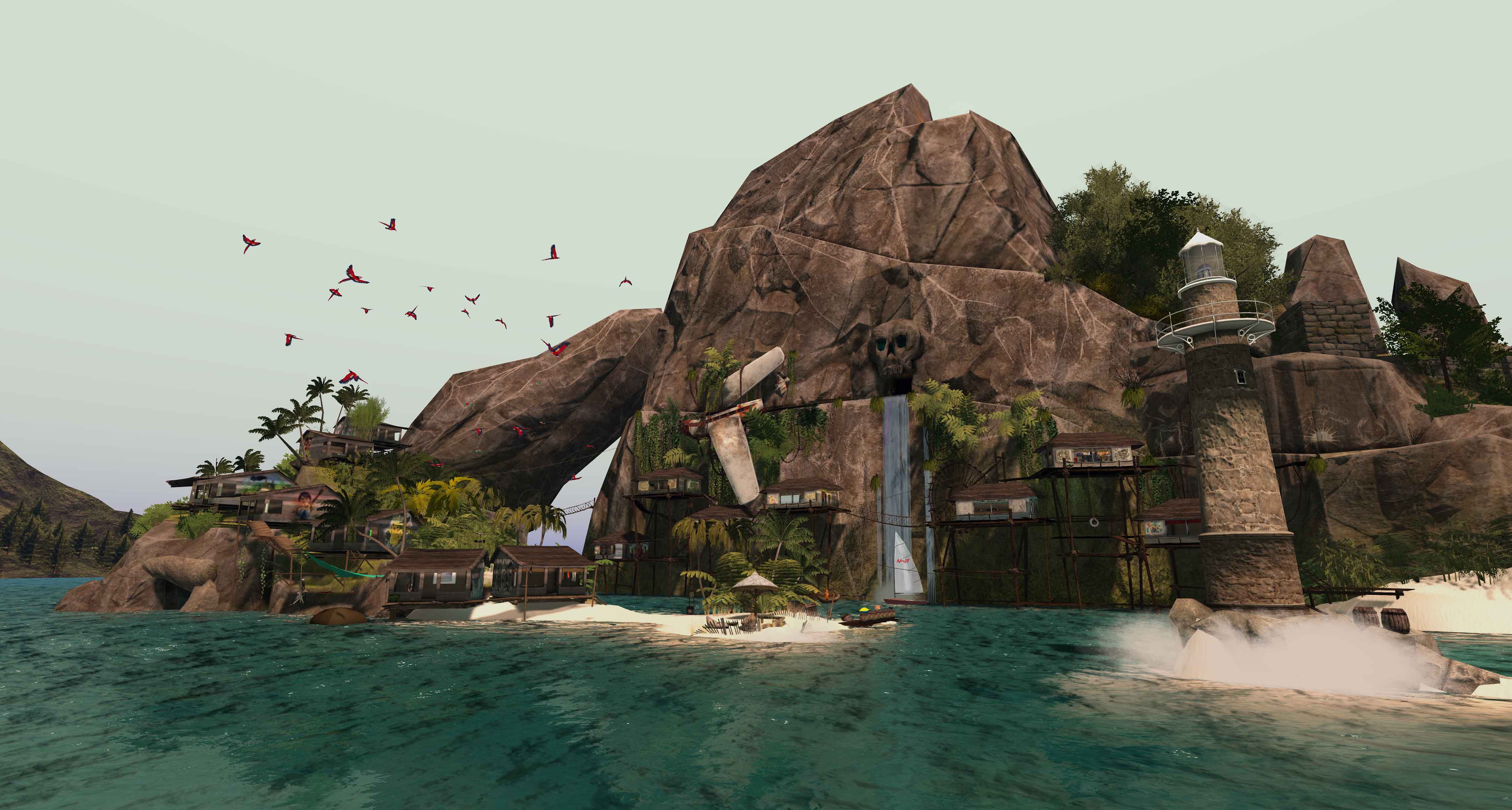 I may have taken on to much this year as so much is going on in Second Life and VR.

This time last year i was working my ass off to try and get my new avatars out for Christmas 2017. In the end after suffering a horrible cold virus i decided that wasn’t going to be achievable. The avatars didn’t get released until March 2018 and since then i have bee slowly building up clothes and accessories while also rebuilding my store. It’s also been quite difficult to work out how to promote the avatar and it’s clothing along side SMB and Classic avatars. 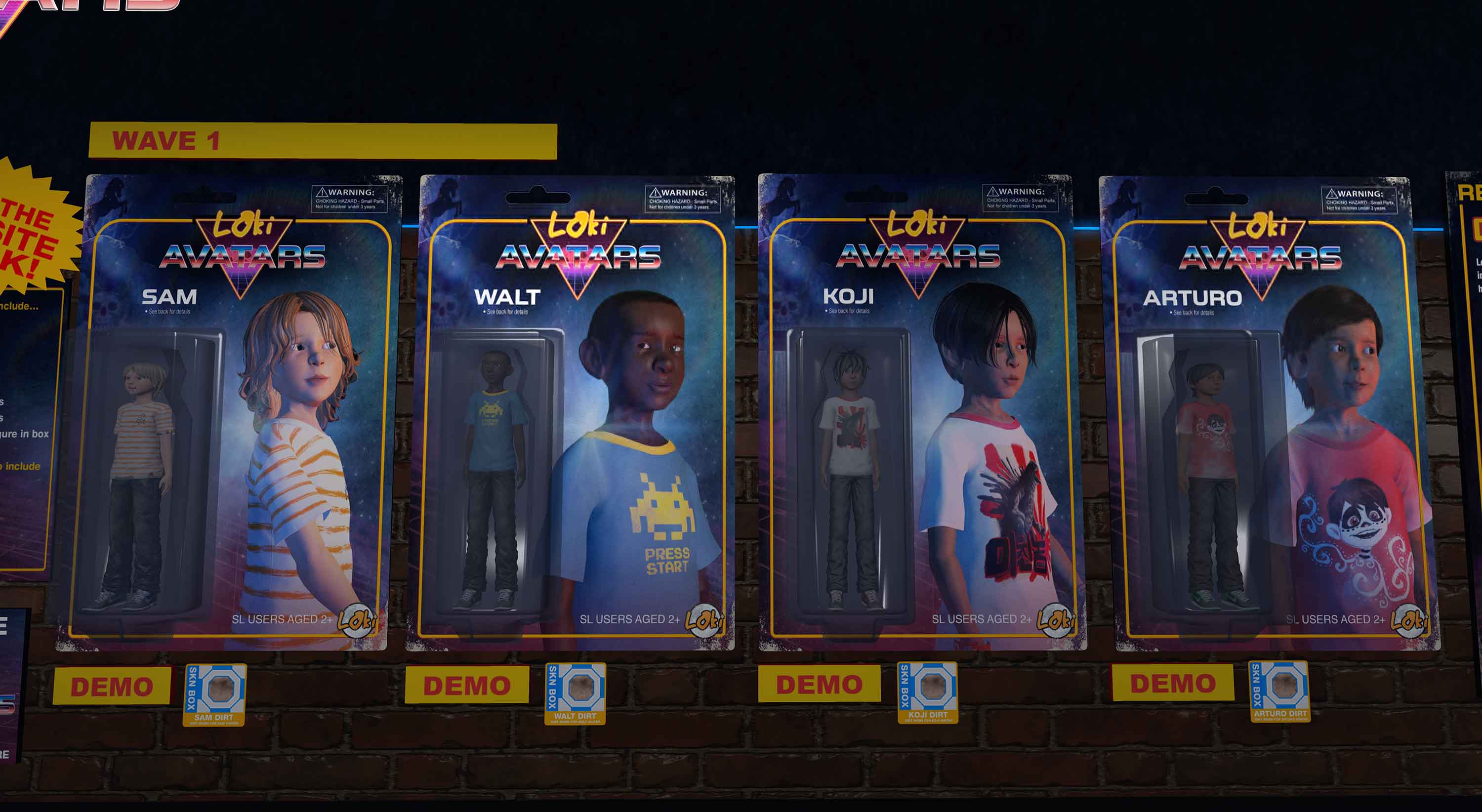 Im going to try and do a big promotion of the avatars to my community of kid avatars this christmas but Linden Lab threw a spanner in my work by announcing the ‘Bakes On Mesh’ Project. I created a SKIN BOX system for customising Loki Avatar skins, which is potentially made redundant by the easier to use BOM feature, which is cool, but waiting for such features to be released burns me out.

Im trying hard to stick to my Clothing and Accessory Road Map but I’m finding it hard to keep creating new designs once the base model for things like Shirts and Jeans have been made. It helps that others have bought the Prefabs and are creating and selling their own designs for Loki Avatars.

I’ve started to look at Marvelous Designer software that creates clothes via sewing patterns rather than building polygons. It also simulates the draping of clothe around an Avatar giving realistic wrinkles. A lot of cloth makers use MD to create clothes and Sansar actually has a feature that allows MD clothes to be tugged and frozen into new customisable positions.

My hope is MD might allow me to make realistic clothing quicker for Second Life and also for Sansar.

Tug adjusting clothes on a Sansar Marvelous Avatar is pretty awesome. I need to look at how i’ve sewn the armpits, actually i could probably do with accurately measuring all the seams properly. pic.twitter.com/fEF1MsvJW5

I was worried when i finally got round to starting the big rebuild. I deleted almost everything and wasn’t quite sure how i was going to go about re-creating it all. The aim was to make the island form a more consistent whole and perhaps achieve what i originally tried to build eight years ago.

As of writing i’ve finished rebuilding the mountain, the south tropical side as well as adding the rock cliffs and base for Rickety Town. I’m really happy with how the Mesh rock and mountain turned out. I was sceptical that i could convincingly replace the old Second Life terrain almost completely with mesh. In fact the only bits of Second Life terrain is the sandy beaches of Hawkins Bay and Nemo beach.

I replaced the old cabins with slightly bigger new ones and and the whole place is more vibrant with plants and walk ways connecting everything together in ways that i hope is fun to explore.

While there is still more to add to the Island, the Cabin Rentals are open again for anyone who wants to support and call the new improved Escapades Island home at L$175 per week and 120 Li allowance. 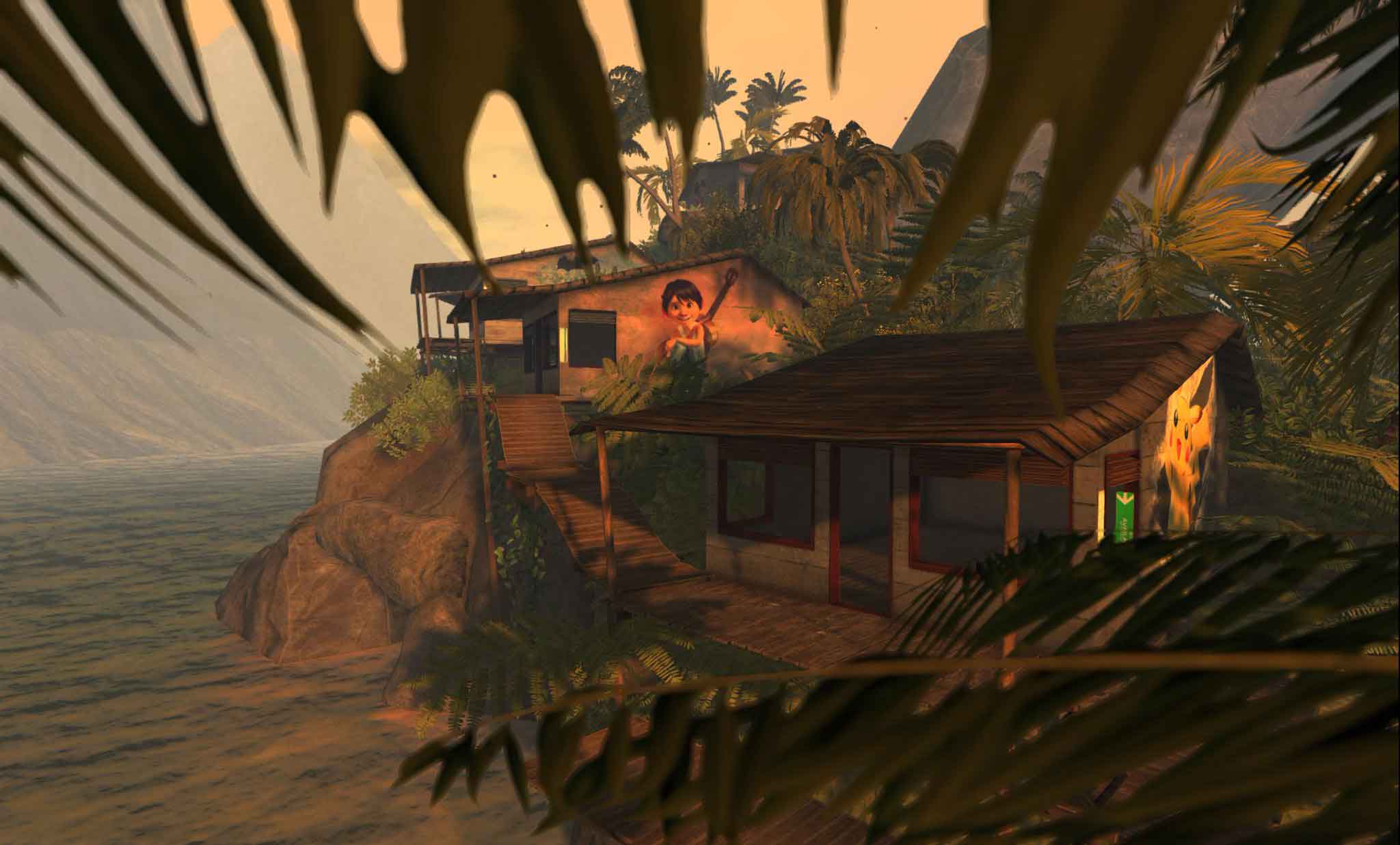 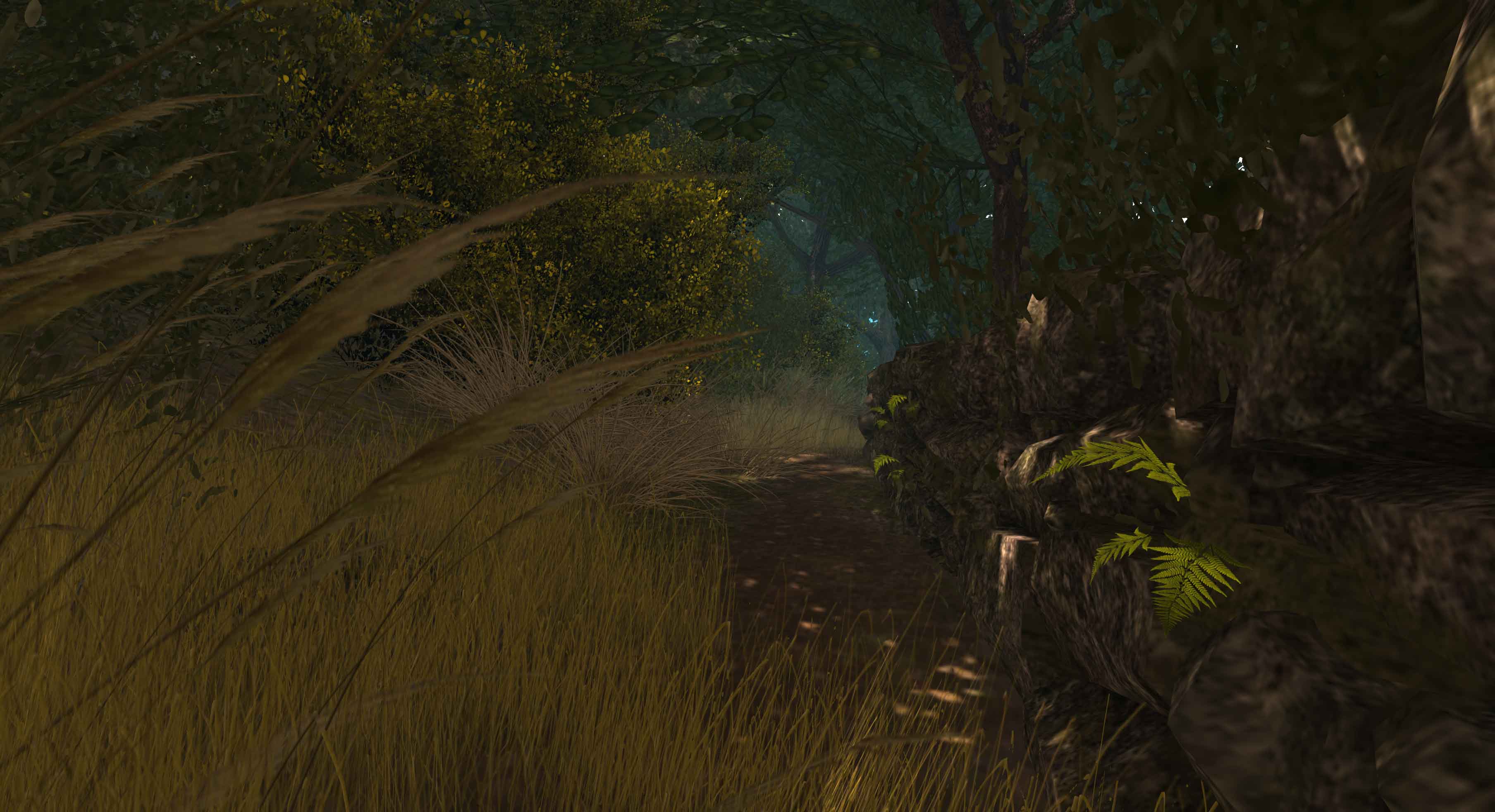 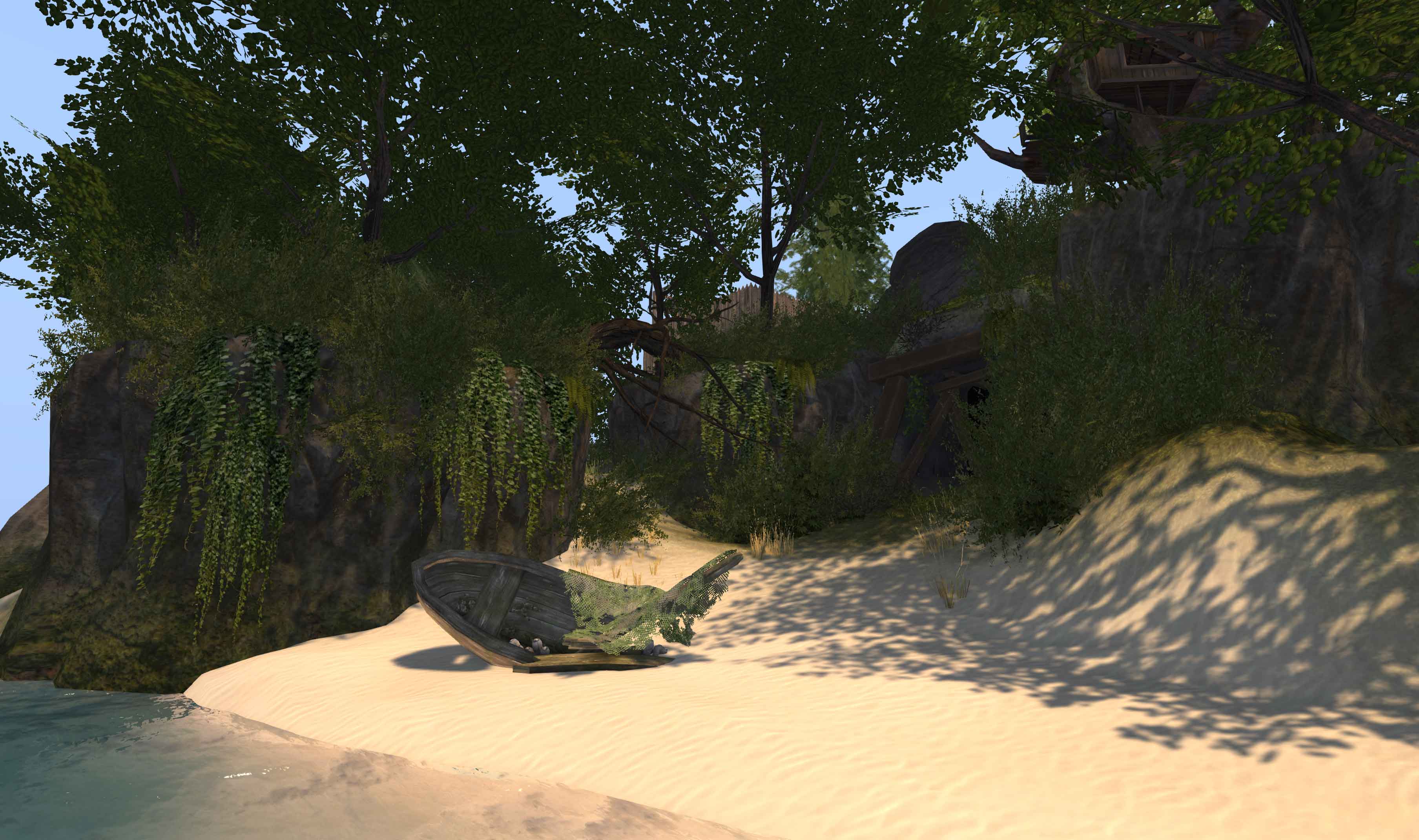 I will probably be adding more through the start of 2019 such as a hidden cave system and new bashing prize finding game. But right now i need to build places that people will want to sponsor as right now i’m struggling to raise enough for the monthly tier cost of the place. In the end Escapades will only survive the coming years if people want it to by visiting and supporting the island, and i hope the rebuild will encourage that.

This new feature has come along almost perfectly timed with the Escapades Rebuild. Perhaps once firestorm gets the feature i’ll be ready to start adding Animesh characters to the island. Originally i wanted Animesh so i could make monsters and i still plan to do that, but also Animesh will allow me to create characters you can interact with for stories or gifts or simply just enhance a scene.

Another feature that could greatly enhance peoples experience of the Escapades rebuild. EEP massively expands the ability to control the lighting of a place. With scripting i could change your viewers lighting to go from bright midday sun to very dark as you enter a cave. This will give me complete control of how you experience and view Escapades Island.

I really like Sansar and enjoy going on the Drax Atlas hopping on Saturdays and sometimes go along to other events. I don’t use it in desktop mode, i go to Sansar purely for the thrill of the VR headset support. At first i found Sansar very worrying, suffering anxiety at using voice to communicate, but after a while and because i know drag i was able to overcome the anxiety. I still get blindsided sometimes when an overly extrovert stranger gets all in my avatars face and i have to back off and remind myself I’m not really there.

Eventually i hope Linden Lab will allow custom skeleton sizes so i can get off the big robot legs, at which point i plan to invest more time to build spaces that take full advantage of VR. No rush though as i have plenty to do in Second Life right now.

The news that Pfaffenthal is leaving SL to go to Sansar left a few to comment that this was the start of the ‘mass exodus’ of Second Life. This won’t happen with Escapades Island as it only exists with the support of Second Life users and was built for use via a 3rd person desktop mode. Any projects i create in Sansar will be built to take advantage of VR Headsets and as a result use very different approach. I won’t want to remake Escapades, i’ll want to build something new. 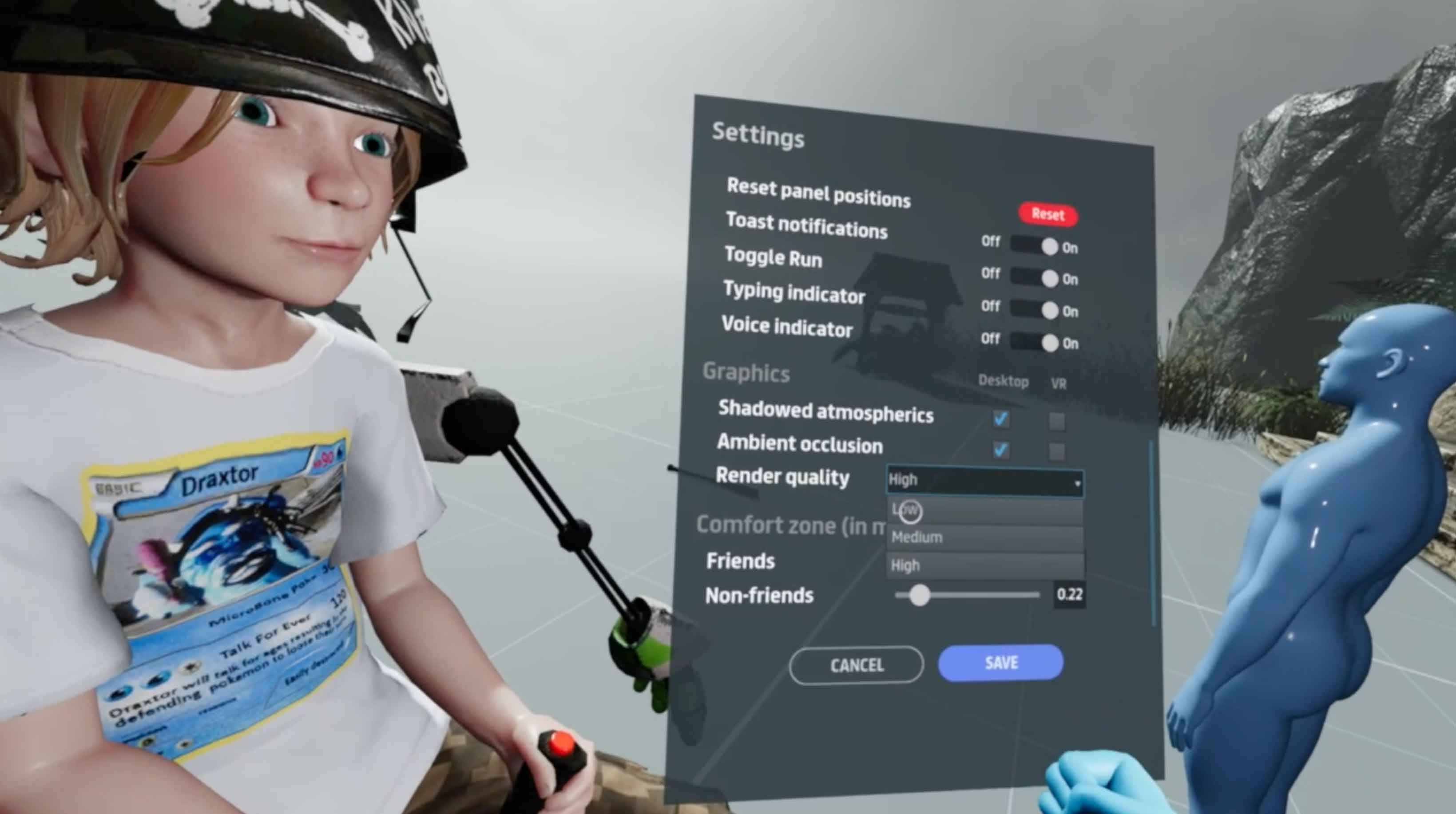 But there are some things that can potentially cross platforms such as eventually avatars, but more promisingly clothing and attachments. Sansar plans to join the STEAM store around Christmas which i need to try and cash in on. Hopefully Marvelous Designer will allow me to have a few things on the Sansar Store by Christmas.

So yeh thats it, thats all the things right now, hope i can keep it all together. Trying to do it all at the same time is hard :-p

4 thoughts on “The state of many virtual things”