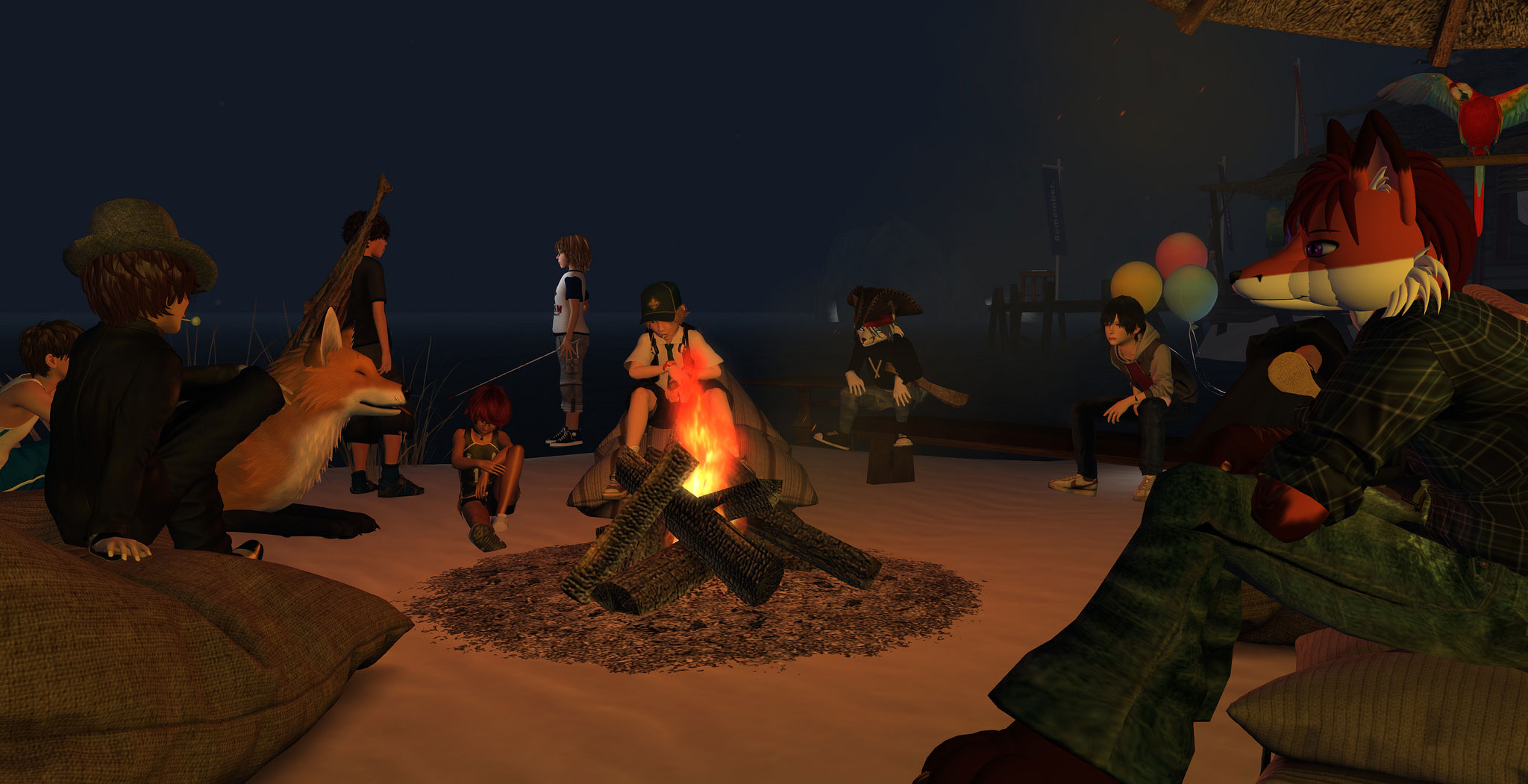 Where would SL be without groups? In the early days i’d wager that groups gave Second Life the concurrent users it needed to explode. You arrived, you made an identity for yourself, explored and then you found a group, maybe more than one group to feel part of a community and that’s why you started to return day after day.

SL Groups have a simple yet powerful function, allowing a community of friends to communicate all at once in a small chat box window allowing us to quickly gage opinions, get collective help and locate each other if lost. Notifications can be sent to all members of the groups, which they read either in the group chat or pop up when they log in. This was when social media was forums and bulletin boards, before facebook and Twitter.

The Age of Social Media

As Facebook, Twitter, Flickr, Plurk and other social sites started to gain traction i would imagine a vast amount of SL users time was spent discussing their Second Lives while not actually in Second Life. Could this have been why Linden Lab decided to purchase Avatars United, a social media site for virtual World Avatars. It all seems rather bizarre then that Linden Lab pretty soon after shut down Avatars United (Could you imagine what AU might have become? a home for SL Users, OpenGrid, Sansar, VRchat, HighFidelity, anyone sick of Facebooks ‘real identity policy..o.0 ).

I assume Linden Lab used the Avatars United acquisition to ad it’s own ‘web based’ rolling news feed. It was vastly inferior to what Avatars United was doing but gave me the hope that it would grow in features. I used it a lot to see what friends were doing, adding comments, reading what people said about my work, it was like facebook or twitter. Yet it was very noticeably it’s own thing. You could not post a group notice and it appear in the feed, and the feed was nothing to do with the groups, so it became it’s own separate social group on the Second Life website.

Then Linden Lab announced not enough people were using SLfeed and decided to no longer work on it.

The Future of Groups

I was In Sansar last weekend and a discussion about Discord came up. Sansar has no groups. You communicate through nearby open chat or private friend chats. For the Sansar community to collectively discuss things off line Discord is used. Discord is basically where bulletin boards have ended up and has become popular for gaming communities to create simple small groups to communicate. Some SL groups are also using Discord.

During the discussion in Sansar the question was posed wether Sansar will get it’s own groups like SL has or will it stick to outsourcing to things like Discord. If LL was to spend alot of time adding a Discord style groups function in Sansar they would have to make it as functional as Discord or people would just continue to use Discord after all that hard work, so i would not imagine them even trying that. Instead i would assume it easier to make things like discord groups more accessible from within Sansar.

In Second Life however we already have groups and will still use them as old as they are. But should Linden Lab spend any time improving them or should they like with Sansar just let us link out to thrid party Social groups such as Discord?

At the recent Townhall meeting i asked ‘Will you guys ever consider looking into improving Groups Features’. Their response was to ask for what we felt could be added to Groups and to open Jira Request (Warning could take 7 years). Perhaps a Calendar Feature that integrates groups with the events feature, Group users could see a list or calendar of events tagged specifically for that group. Or Group Polls, Im pretty sure we used to have these before at one time. Getting the opinions of the group for things as simple as ‘what’s the best time to hold an event’.