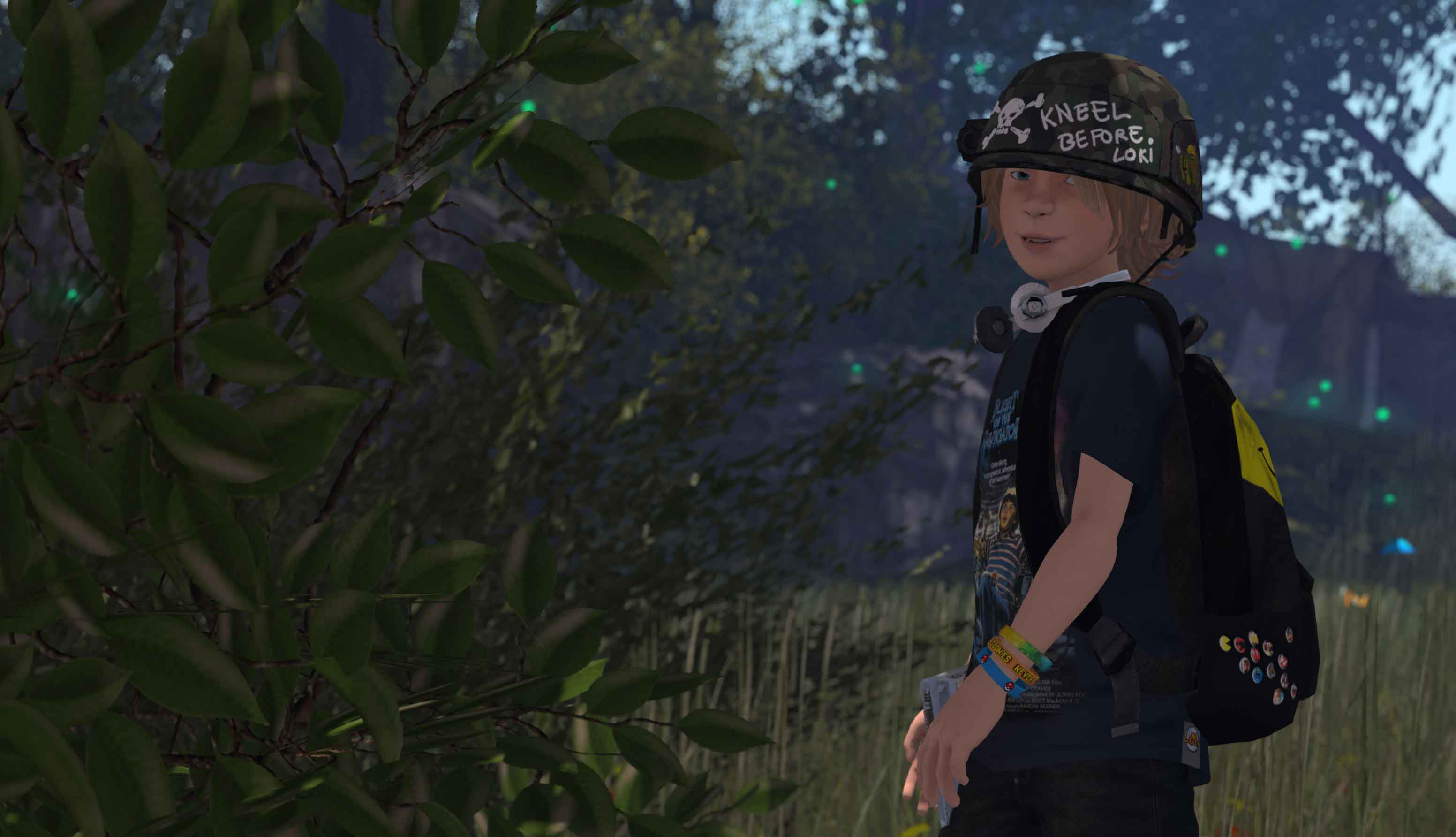 On Sunday my Virtual world persona reached the scary age of thirteen, and so came an onslaught of well intended friendly advise about puberty… all over again . 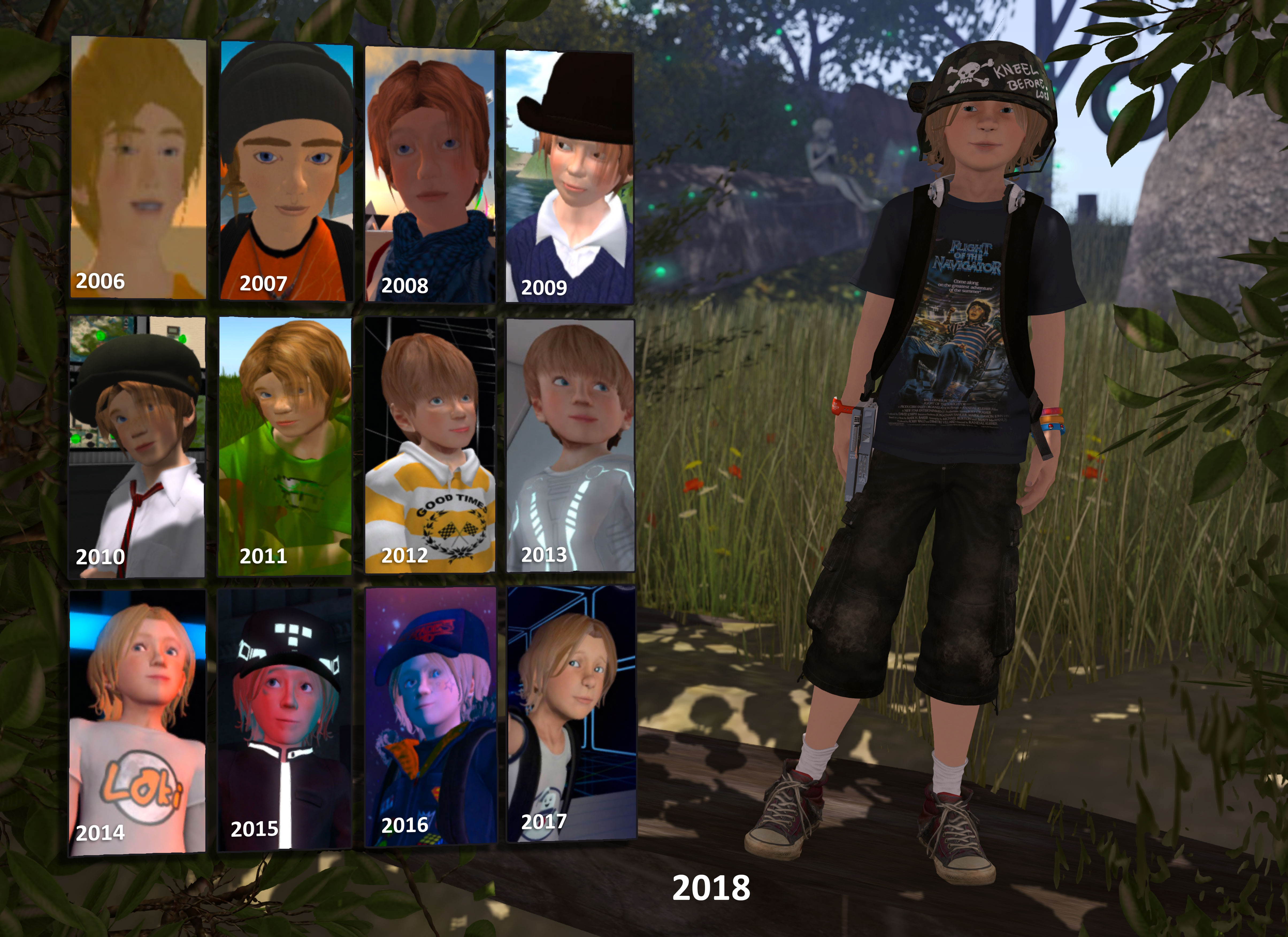 It’s now been one year since i made the switch to an all mesh Bento avatar in Second Life and during that year i have steadily made new outfits and accessories for it.

This time last year i was excited about Animesh and it’s still not released. Linden lab were always sloooowwww, but not in Sansar it would appear.

During the year i managed to port my Loki Mesh avatar to Sansar, all be it, on the back of a robot. I got a few cheers for that fact i look exactly like i do in Second Life, but then that was one of the aims when spending 2017 creating the Mesh Loki, the ability to platform hop.

Things are not feeling great in Second Life at the moment. My optimism is working hard to outweigh my lack of confidence. I finally started the much needed rebuild of Escapades Island drawing from the past few years experiences building at Fantasy Faire and all i’ve learnt about Experience Keys. But in the end Escapades Island will only survive if others deem it worth calling home and handing over cash to pay the tier.

My work in creating avatars and accessories hasn’t been as successful as i’d liked. My biggest issue has been a reluctance to list things on marketplace. I keep finding excuses to delay having to type out all that crap.

So my fourteenth year could be the make of break year for me. I don’t know if Escapades will survive and i don’t know if i can sustain anything anymore.

But then i am thirteen now, perhaps i am just suffering teen angst.

6 thoughts on “My Virtual World avatar is now A TEENAGER!”