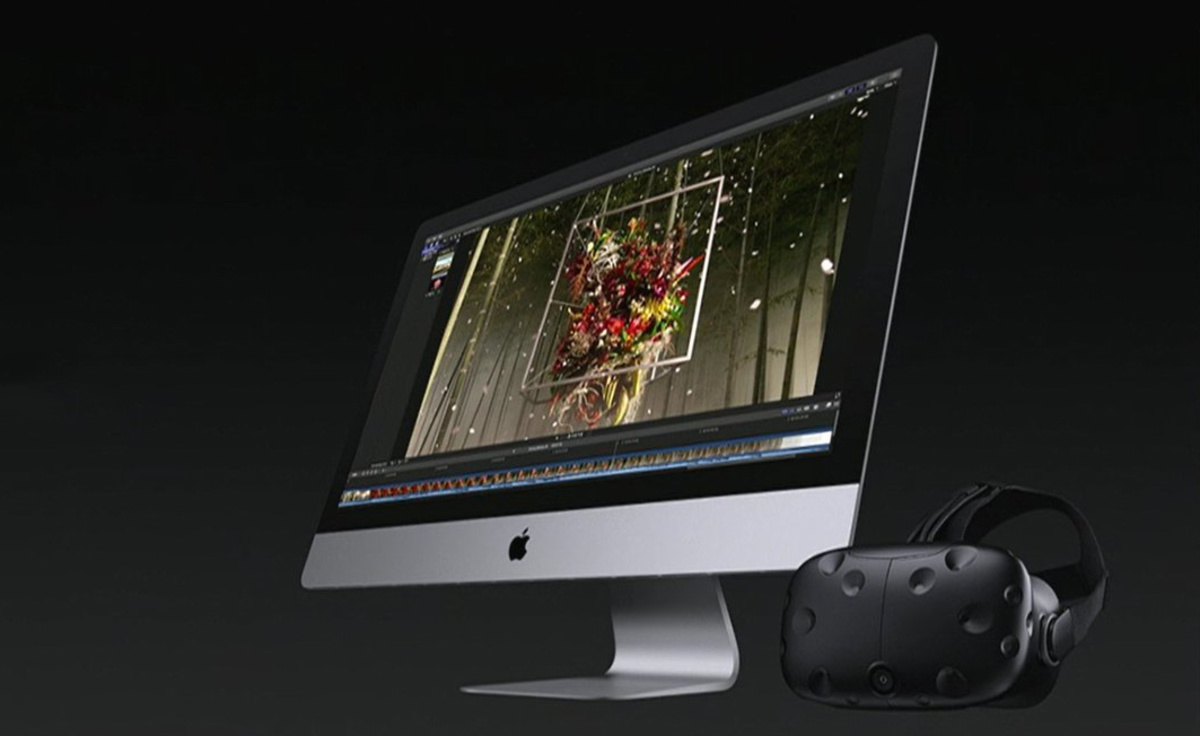 It was an exciting keynote at Junes WWDC2017 not just because Apple finally introduced new upgraded mac computers, but also because they seemed to have teamed up with Valve to bring native support for the HTC Vive and finally gain support for VR on MacOS.

On the day of release for MacOS High Sierra there was much Tech Media fanfare announcing that the latest high end Macs ‘finally support VR’, they obviously had not even tried to run VR on the new OS. Even Apples website declares that High Sierra has ‘Optimised support for Valves SteamVR. 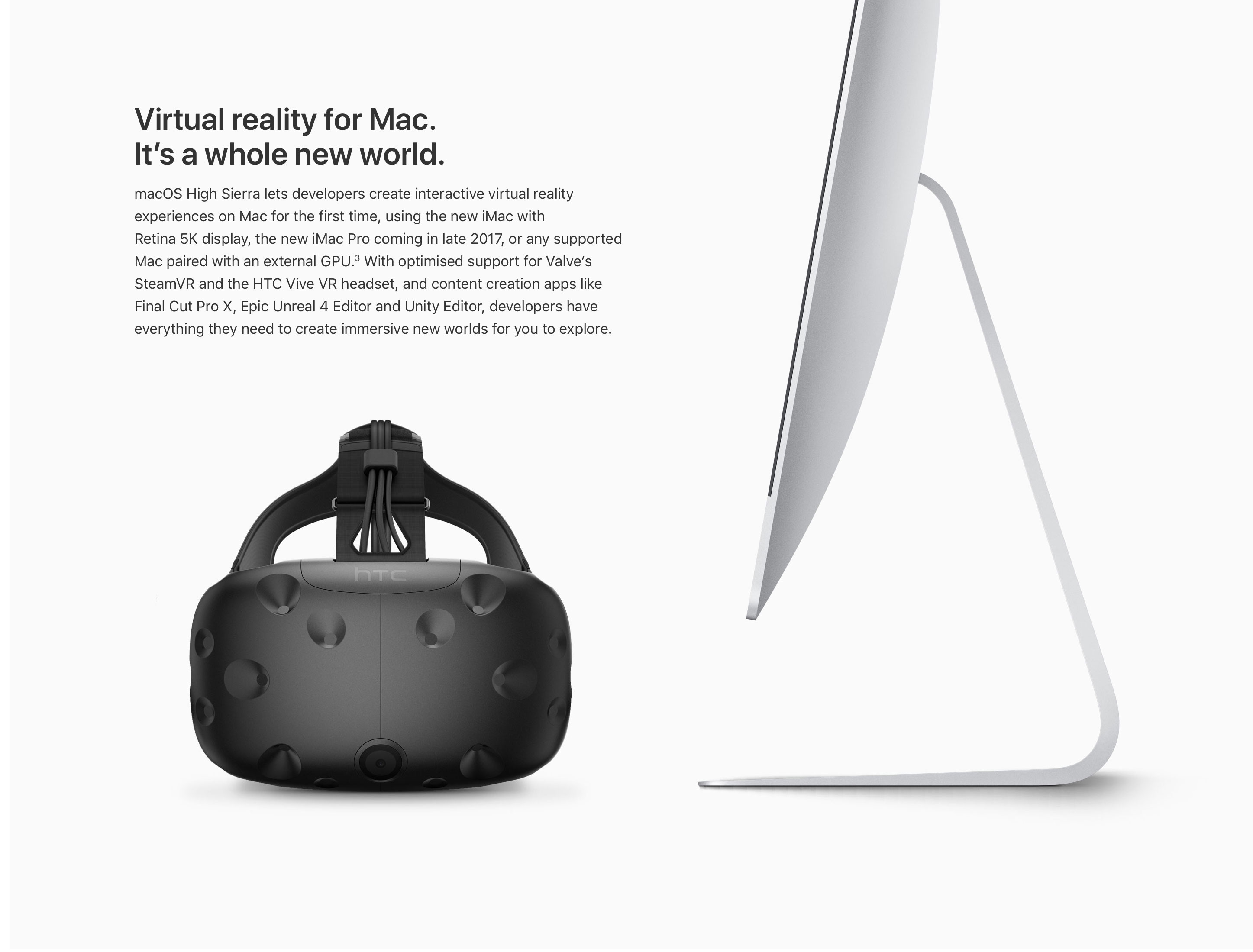 The reality for me has been one of frustration as while the HTC Vive connects and is recognised by valves SteamVR beta software and displays a white grid room complete with tracked controllers , i’m unable to run any MacVR titles from the store. I am also unable to run the VR Headset alongside the MacVR Preview of the Unity Application.

The interesting thing is that even though i can not preview VR experiences created in Unity on my Mac, i am able to build them. I was able to build a VR Experience in unity on MacOS that could be run in windows, just not on the mac. It’s as if SteamVR on Mac is unfinished and prevents VR Apps from being played on the headset. Yet Valve keep updating SteamVR on the mac and every time its not working. Someone isn’t telling someone something. Either SteamVR is broke and not bridging the apps to the headset, or SteamVR is working but valve has not updated the unity plugin for Unity, or High Sierra changed something and apple didn’t inform Valve. In any case its very frustrating being so close to creating VR Experiences on Mac.

While there are plenty articles online spewing out how MacOS finally has VR support, it’s very hard to find any information about actual VR usage on MacOS after the release of High Sierra. There is no push from Valve towards mac users finally having access to VR Applications, there is nothing on HTC Vive website about Mac support arriving. It’s all surprisingly dead silent with very little information at all.

I’ve posted questions on SteamVR support, and on Unity MacOS VR Preview forums and had no answer at all, only replies from other confused mac users searching for clues on where Mac VR is.

There is only one app on SteamVR i’ve found that works, Blobby tennis. I’ve messaged the developers asking what they are doing thats different to everyone else. So until the fog lifts from the whole sorry scenario i’ll just play some tennis… against a blob.