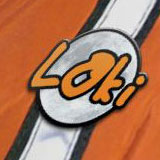 When i first arrived in SL i made my name like others by opening a shop with t-shirt designs.
Back then i was one of only a few designing clothes and accessories for Boy Avatars, niche market at the time.

Since then the Kid Avatar market flooded, and the in world shopping Market has died and i have moved onto other much harder projects. 🙂

But with the arrival of MESH i see an opportunity again for a niche market in Kid Avatar clothing, or clothing in general.

One of the things i hated most about making clothes, especially for Kid Avatars was how the ‘Avatar mesh’ would scrunch and deform making clothing pretty scrunchy and unclear. I became frustrated at doing nice designs on t-Shirts only to see them ruined when finally worn by a small avatar.

Mesh has removed this issue and I’m excited at the prospect of finally creating nice clear t-Shirts, Jeans and what ever else i decide. Gone also are the annoying fat chests and spiky shoulder blades that were the bane of many Child Avatars, because you can make a mesh shirt the slim shape you want and hide the ugly avatar mesh with an Alpha Layer. 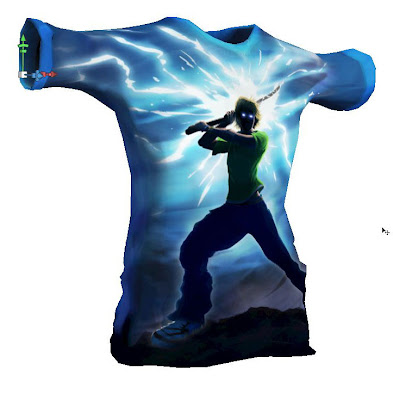 Another benefit of Mesh Clothing is rigging and Weighting. This means you can make the clothing move with the movement of your avatar. A pair of jeans will bend at the knee. The Shirt Sleeves will bend with the arm. It means we get more realistic natural looking clothing options.

A really fun experiment was with the backpack. The backpack is rigged to move with your avatars back, so you don’t get the pack sticking out when you bend forward and the straps are modelled to fit snugly on the shoulders.

Below is a video example. I hope to start selling a new Range of Clothes in my store and on marketplace very soon.

The drawback of course is that you can only see Mesh with the Official LL Viewer3. So until the Third Party Viewers get mesh many of my long time friends will only see me as a blob.

Also i’ll say that making Mesh clothing has been the hardest of the new Mesh features to grasp. It’s easy to create and rig a whole avatar costume, but to create single items of clothing that can be worn in conjunction with each other was a real difficult mind numbing endeavour. Weighting the 3D models so that they did not poke through each other is probably and impossible task.

TIP: Thanks to my friend Nat who helped me test the clothes, clothes designers need to make different clothes for the different Avatar genders. This is because they are different, especially in the Shoulder regions. A shirt on a male avatar that rests well on the shoulders will appear high up above the shoulders on a female avatar. So you need to first adjust the clothing to fit a male avatar shape, then adjust a second shirt for a female shape.