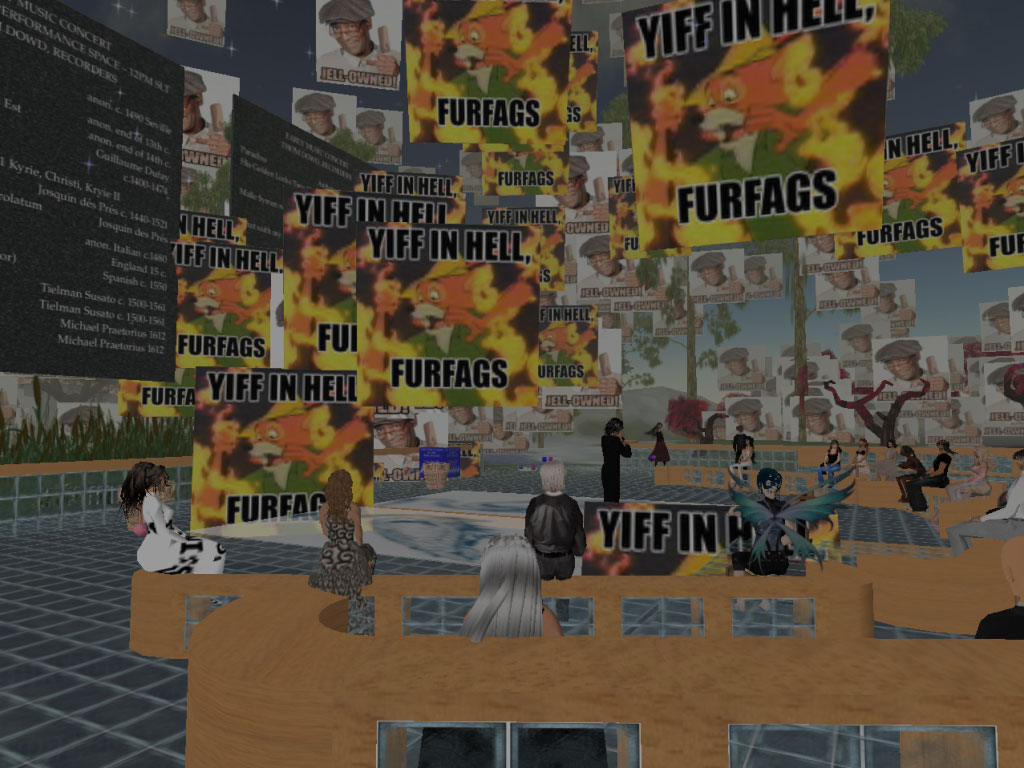 What if the boundaries separating the physical world and cyberspace have became so blurred that griefers, trolls and ‘drama of the individualised self’ has projected back into reality?

What did Second Life residents do when faced with trolling hate and grey goo (self replicating objects)? They put up ban lines and sought more controls to manage people on their land. Some users started Abuse Reporting other people for mildly irritating issues.

What happened relatively recently in reality when extremists and haters randomly started dealing out abuse, death and carnage? People sought to close boarders and get more control on managing people. Ok, i’ve  generalised the worlds extremist issues, and i can’t really compare digital trolling with murder.

Maybe Second Life as it is now is a glimpse of realities future? The users all know Second Life has the ability to be open and free yet most choose to lock down their places or only let those vetted to have the privilege of rezzing stuff, while curiously celebrating how creatively free and open Second Life is.

Perhaps Sansar will represent a future world where the choice to be free is removed completely, instead given only to those privileged?

1 thought on “What if reality has replicated what we experienced in Second Life six years ago?”