Around this time last year i was taking part in a school festival in Second Life. As part of that festival i made an Arcade cocktail Table based on a classic 1980s design.

I first sat in front of a cocktail arcade table back in the 80’s when i was about four or five years old. We were on holiday in Austria and i distinctly remember playing a fighter plane game (1942) while resting a glass of cola on the machine. The idea of games being placed inside a table blew my tiny mind.

Once i had finished building the virtual world version, i looked into wether i could get a real one made and found a little company in the UK that could do it. Ultimate Arcade Cabinets is a family run business that has been building quality arcade cabinets and tables since 2002.

I had for years entertained the idea of getting and arcade table as a sort of pat on the back achievement of being an adult, and decided if i was going to get one i might as well do it now before the Tories make everything worst.

After showing Ultimate Arcade Cabinets a 3D Sketchfab of the table top design i wanted, they sent me template files and discussed button colour options. Just over a month later and it arrived on a big truck wrapped up securely. The family company were a joy to work with and care a lot about the machines they build.

It’s really hard to describe just how beautiful this arcade table is. Putting aside the fact it plays thousands of classic arcade games from the early 80’s to late 90’s, the machine just looks amazing. Granted you may have to be a retro geek of the 80’s and 90’s to really appreciate the casing, the glass, the chrome edging, neon blue lights that make you say ‘TRON’ with deep heart filled love. 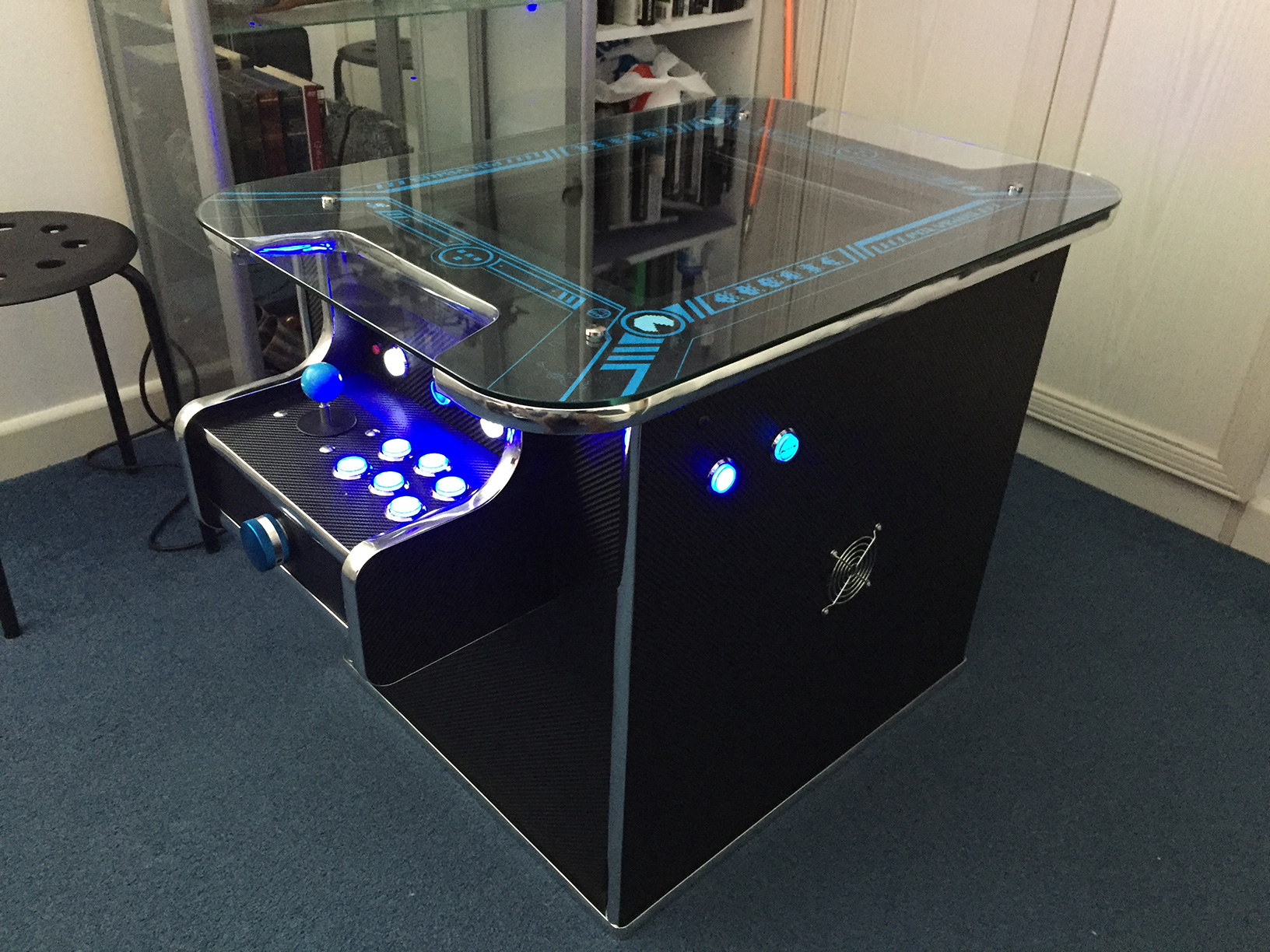 Ultimate Arcade Cabinets have built me a table that tingles with nostalgic elegance and is an instant talking point when visitors enter my studio. Older friends are taken back to their teens while my young nephew is blown away as i was by the concept of a table also being a giant iPad. It was amusing watching my nephew trying to select players by tapping the glass with the assumption it was a touch screen. Never thought i would have to teach someone how to use buttons and a joystick, crazy. 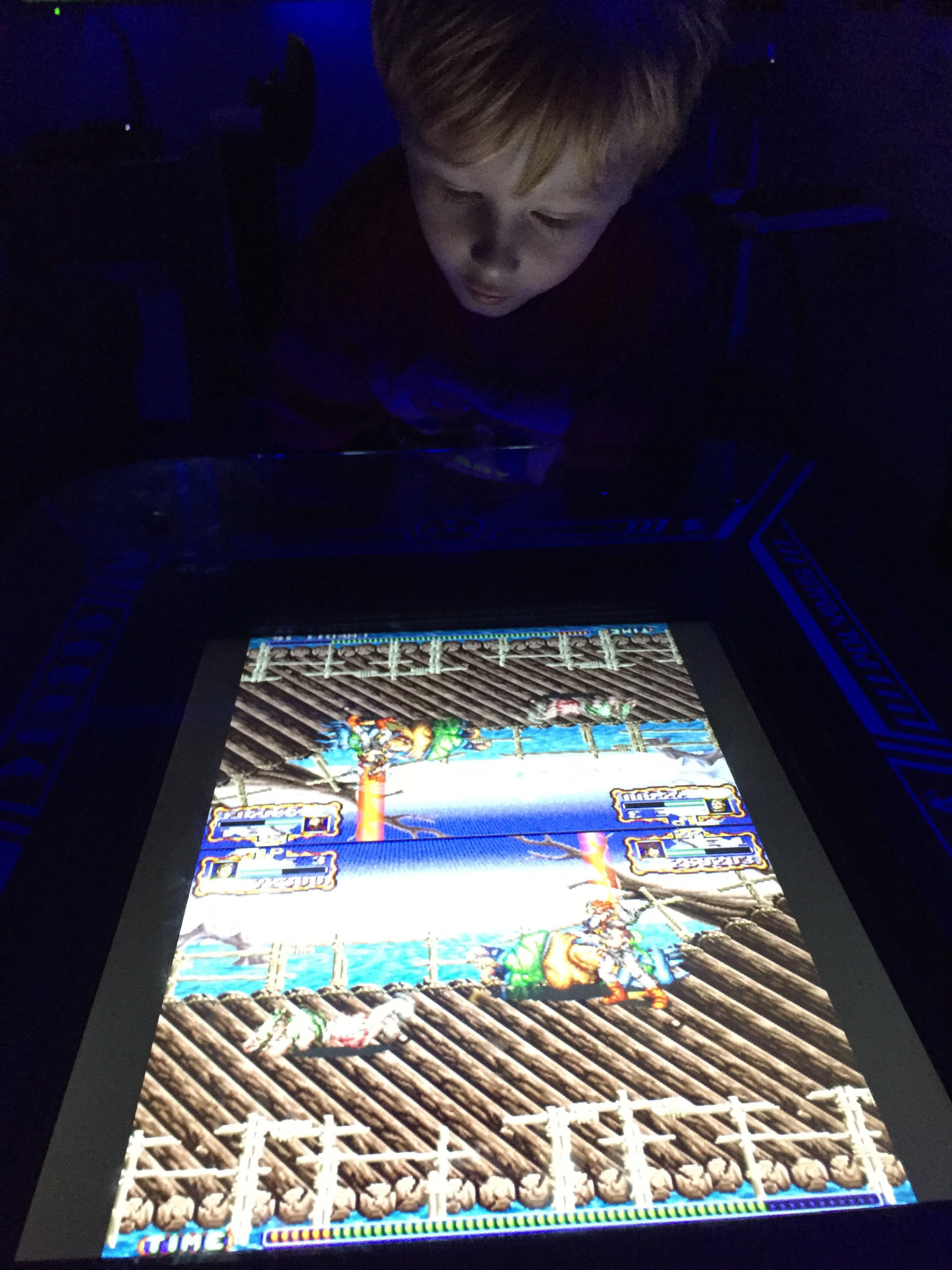 Powering the arcade table is some form of PC which if you are a nerd like me, you can use to add more games and explore the wonderful world of the Multiple Arcade Machine Emulator (MAME). 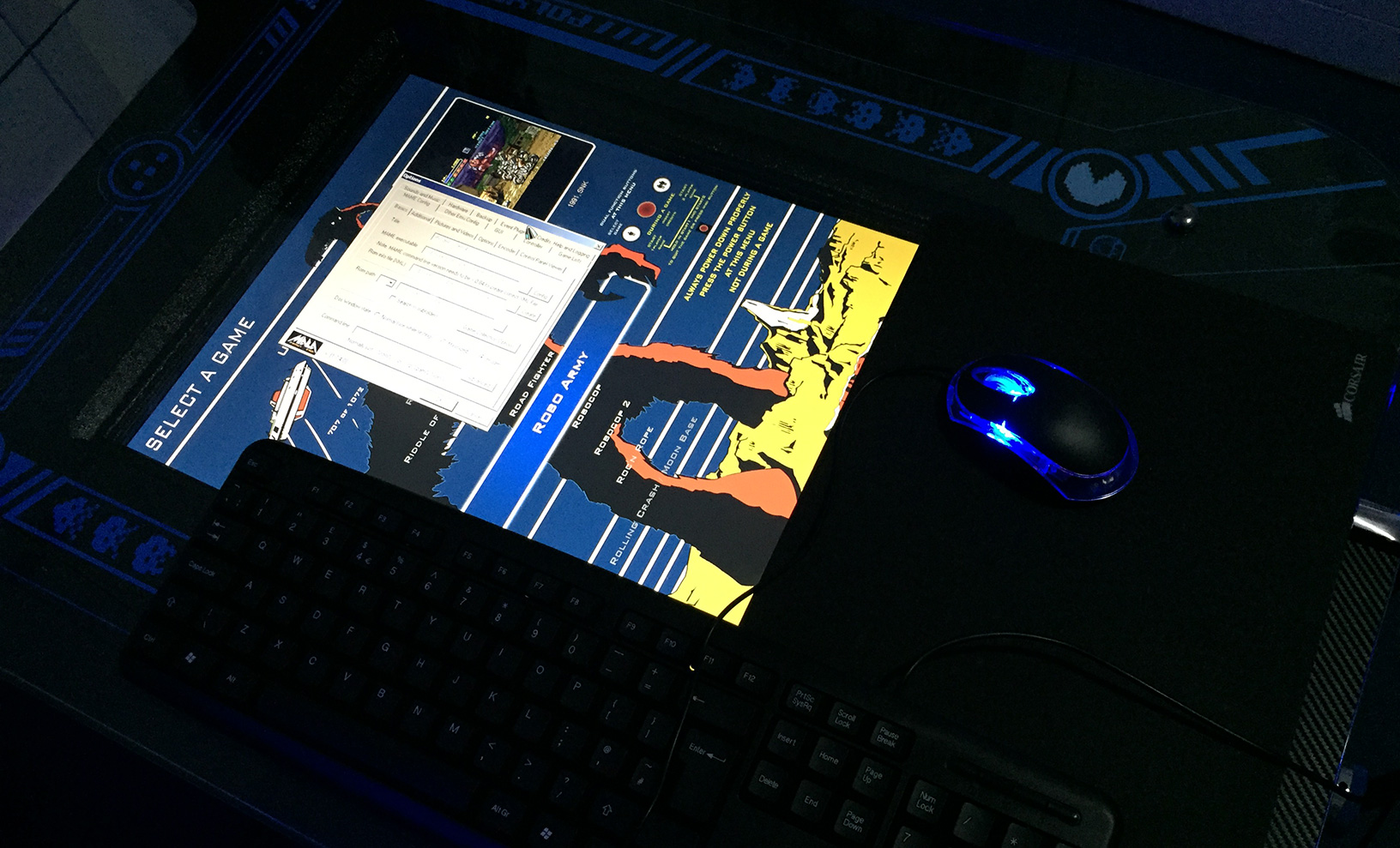 It did cost a lot to have this table made, but the amount of love thats gone into it makes it totally worth it and anyone who knows me says ‘That’s SO you’. It’s also the first time I’ve created something in the virtual world of Second Life and had it replicated in the real world so it’s also another connection to my VR persona. 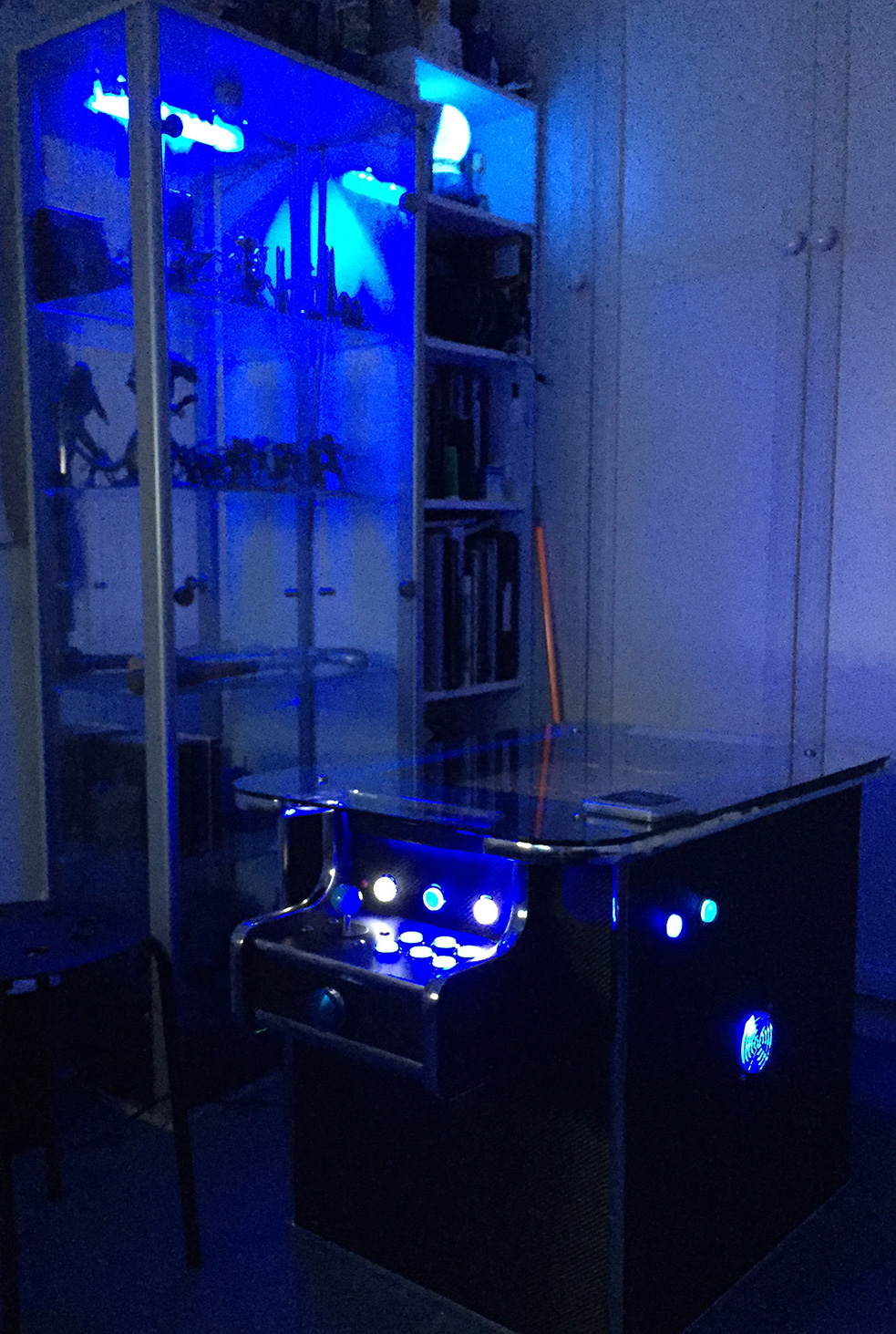