So it’s another month and another Goony Adventure exploring the deep far regions of Second Life. This month we visited a rather artistically surreal place called ‘Barbee‘, not to be mistaken with ‘Barbie’.

This place is a square path through tiny streets in an almost monochrome tone, like being in a Japanese noir film. The small cafe’s and rooms all invite you in to explore. It’s another great example of how a small build can produce a wealth of virtual experience and memories.

In some places it can get very cramped even for adventurous child avatars, and perhaps some more interactive elements could have been added to some of the more static rooms, but overall we our group of Goons found the place to be quite mesmerising and very beautiful in places. 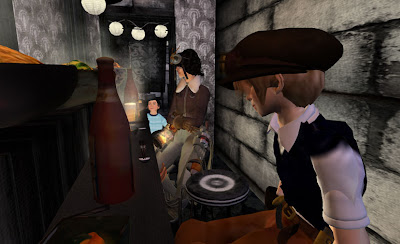 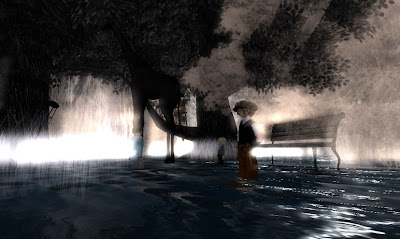 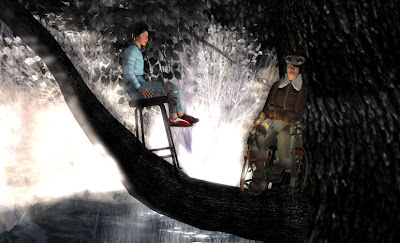 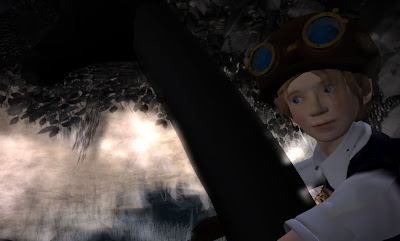 Just before we left, Wilf discovered an elevator that lead to some secret rooms. For the next 15 minutes we got split up in this small block of flats trying to find each other. To which a total stranger laughed and stated “you guys are so funny, you have made my day”, so in all a mission completed. Once again the SL Goonies explored a new place and shared the fun with total strangers. 🙂
Check out ‘Barbee‘ becos it’s awesome and make sure you make it to next months Goony adventure on the first friday of every month .