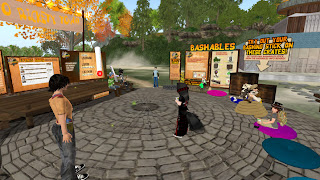 The forcefield around the Goony Island finally came down to reveal a bigger island with a mountain in the centre. How can this be? what happend to the old island? Nemo Beach is still there but somehow looks new. there are also many  other new features such as a Pirate Town, a windmill, more cabins and an old castle.

So the gang was just sitting around in Rickety Town when suddenly a sky platform dropped out of the sky around them.

A man named Mr Doomdale turned up mumbling something about neededing to check on the Flying Ferret Sky station once used by the old Sky Pirates.

So everyone got aboard their flying air karts and flew up to check it out, only to find the station overrun by Lizoids!!!!! 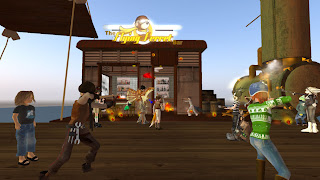 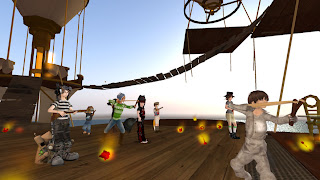 Well, as yu can imagine their was plenty of fighting and as the dust settled our attention was drawn to the big engine that keeps the thing in the air. It was sounding an alarm and venting steam. The Lizoids had sabotaged it and the main control Panel thingy needed replacing, but with what!??

As if on cue Mr Doomdale suggested we go find a Sky station that he heard had crashed to the north East years ago and perhaps it would have a working control panel.

So shouting our motto, the Goonies boarded once again the air karts and flew with haste to the north eastern islands. 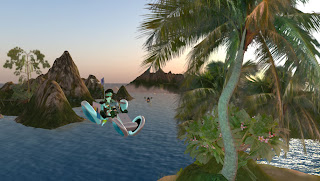 It took a while but eventually the crash site was found and after rummaging around found a working control panel! FTW! 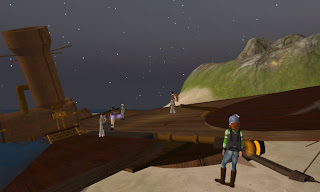 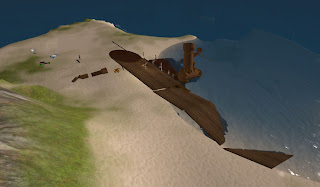 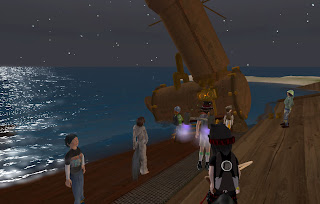 So it was back on board the Air Karts with a race against time to get back to the Flying Ferret before it came crashing down on Escapades Island. Poor Lil Max had a hard time keeping up with his short legs. LULZ 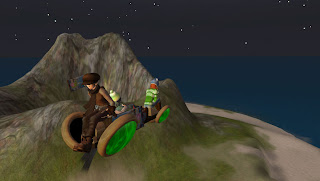 With just minutes to spare the Control Panel was replaced, the alarms stopped and the engine stopped venting steam. 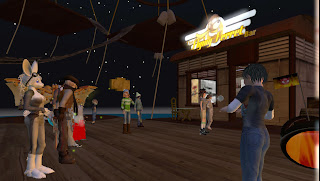 But what else is planned for the Goonies on this new bigger island. What secrets are buried below its surface, or even hidden in it’s skies?