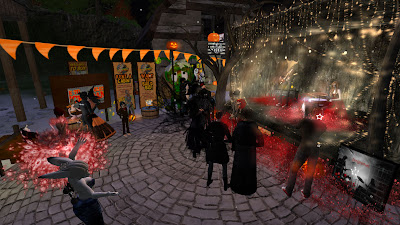 We had a slight problem with the band ‘engrama‘ changing when they were to play, but it all worked out ok and did not really matter. We started off with two hours of halloweeny tunes and had a Costume Competition which turned out to be harder to judge than i thought seeing as there was so many great creative costumes. Many people got 2 votes but in the end Jimmy won the contest with 3 votes for his demon costume.

Soon it was time for engrama to come on stage and with them arrived a good group of followers of all size and types of avatar. many were blown away with the music still not realising that the band was TRUELY live. This was proven with a few mishaps which on one occasion lead to the guitarist disappearing completely. Im sure engrama are kicking themselves for such a mishap during a live show, but for me it was nice to see evidence of the show being live and not prerecorded. It in many ways added to the overall experience of seeing the band in SL. The music sounded great and fitted surprisingly well with the halloween party.

Overall i got a lot of great feedback saying it was the best Halloween party EVER :). It was definitely something that wont be replicated anywhere else any time soon so thanks to all those who came and to engrama for giving us a great experience at Escapades. 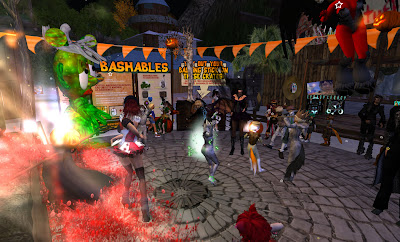 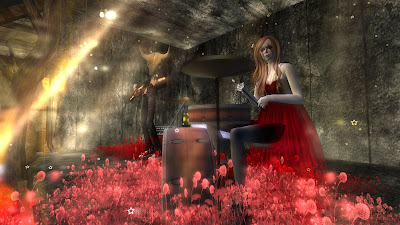 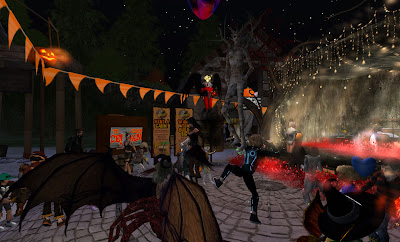