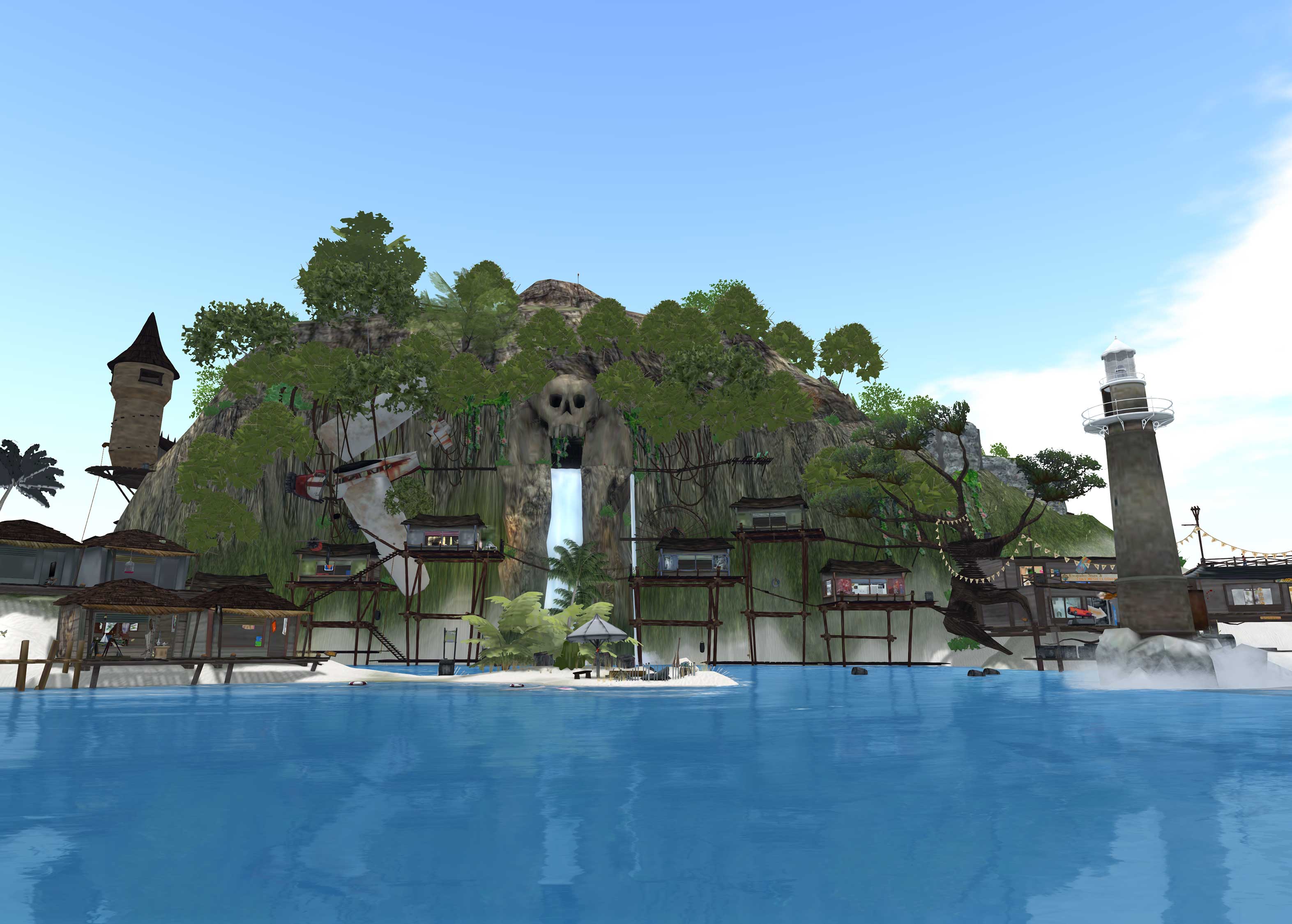 Today kicks off the weekend of events celebrating 5 years of Escapades Island, as a way to thank all those who have supported the island by helping pay the expensive tier costs and playing the silly games.

Following the same structure as the previous anniversaries the events are a combination of battle contests, races and party gatherings with trophies to be won.

Friday 4th (today) will start the celebrations with a Goonie Adventure at 12pm SLT, bringing together some of the gang for a shared experience somewhere on the grid. Later at 2pm SLT will be the Founders Tea Party. This years theme is the Bog of Eternal Stench and those attending are required to dress up as goblins with prizes going to the most ugly goblin and most cute goblin.

On Saturday 5th the days events will start with a Battle Ballon competition followed by DJ Geminis Pirate Separatists show at 1pm SLT where clues to hidden treasure will be announced. At 3pm SLT there will be the Giant Pufferfish Race around the Island before the final event of the day, the Battle Airship competition between Goonies and the Separatists at 4pm SLT.

Sunday 6th will kick off with the Goonies Beach Party with DJ Loki, then its over to Rickety Town for the Rocket Vacuum Grand Prix. At 2pm SLT there will be an Epic Battle Brawl for anyone who wants to brave potential Lag fighting what ever Loki can throw at you.  If anyone is still logged in after that there will be a calm afterparty chalet session but the Hawkins By camp fire.

Everyone is welcome to join the festivities wether a kid Avatar, adult, chicken, turtle or penguin.