I‘m not the oldest by far, but i’m from a generation of SL users that took up residence just before the Hype Boom of 2006-2007.

Gemini converted his DJshow into a Rezday party for me where i ended up rezzing pictures of my avatar for each year seeing how my avatar had changed over the years. It’s surprising how much my overall appearance has improved, after all, the SL avatar is one of the things that has not really changed over the years which makes me wonder how much of SL is improved by its users rather than the Lab. 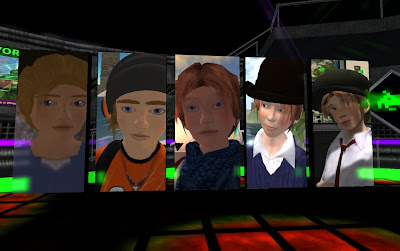 I still have the same basic hair i had when i first rezzed only adding a new texture to it in 2007. I’m told i have better dress sense now also. I also asked which year did i look the cutest and my brother answered with “next year”.
Had a great time, thanx to everyone who wished me a happy rez day inworld and on twitter, heres to being hopeful of more rezdays to come!