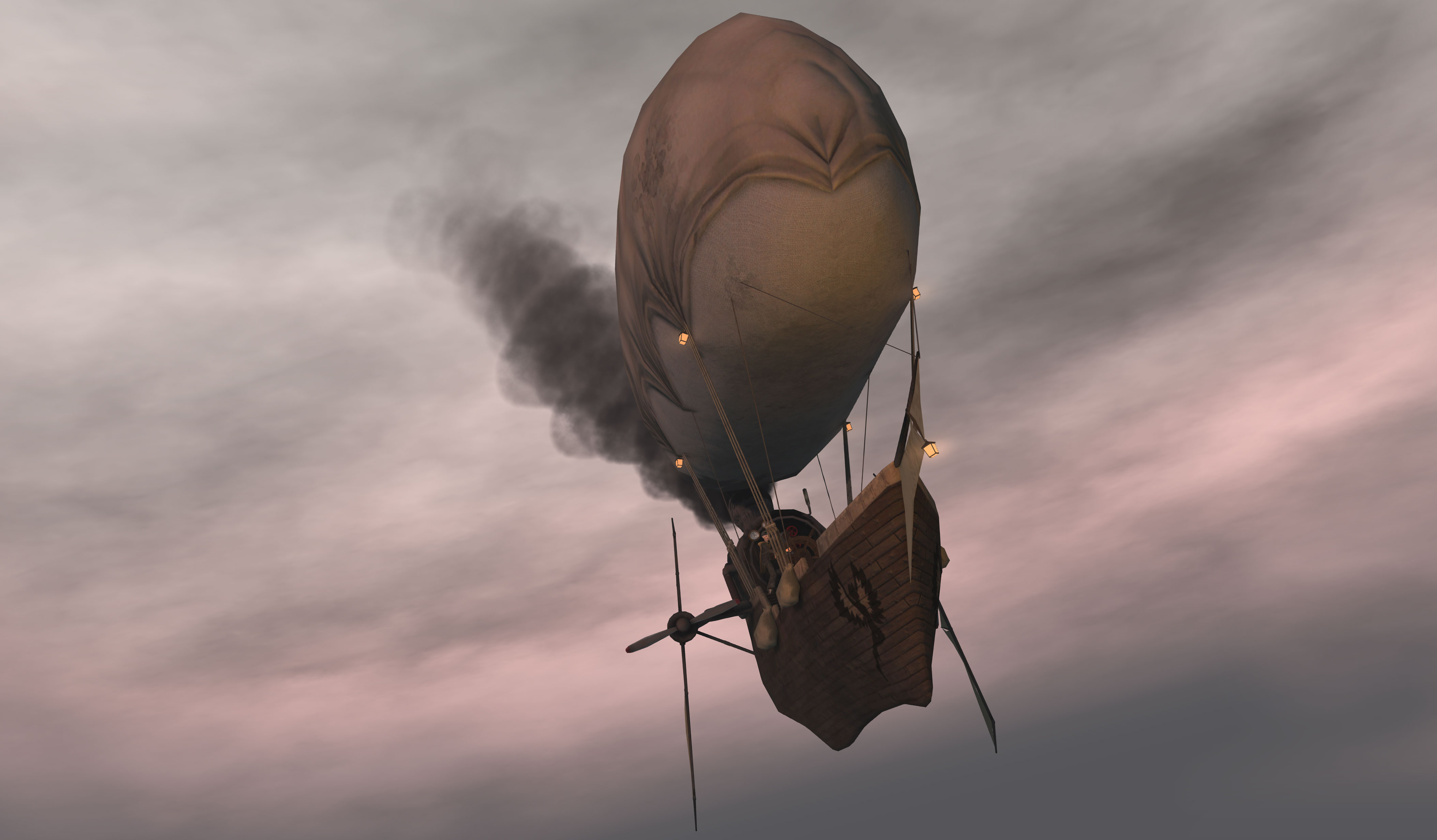 Ever looked up into the Second Life wind light Sky dreaming of being a captain of a steampunk Airship, with a crew of friends manning cannons that can take down another in ship to ship combat, Yes? Then i invite you to try the new Battle Balloons Game Expansion – Airships.

I think it was two years ago i started working on a basic ship to ship star trek battle game for my friend Billy in practise for a Steampunk Airship Battle Game. I later released Battle Balloons, a team based aerial combat game that required a pilot and a gunner to defeat other Air Balloon teams.

Battle Balloon
by lokieliot
on Sketchfab

Those who have played it fall in love with it and can soon end up logged into Second Life longer than they usually do as they team up with friends and struggle to stay in the air while shooting down opponents. It’s a game that causes people to wish they owned land in order to own and set up their own games, highlighting the tragic effects of region tier costs on selling some types of games. 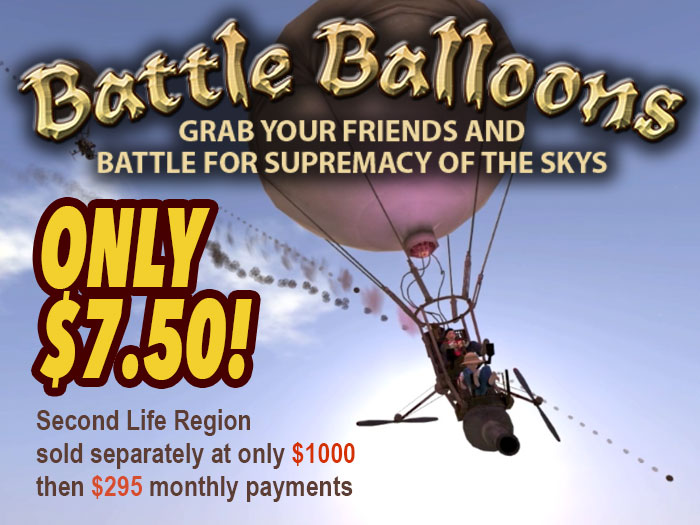 The Icarus joins the Battle for the Skies

So recently i have been working on a new 5th iteration of my classic Icarus Airship and decided to make a version that was compatible with the Battle Balloon game.

The NEW Battle Airship comes with four mounted cannons, each one can be manned by a friend while you pilot the aircraft. There are also nine pose sit spots for other friends to join the adventure as crew dotted about the ship so you can really get a pirate crew feeling (if you have enough friends in SL).

Gameplay wise the Battle Airships take more damage than the smaller Battle Balloons before they go down in flames. Strategy is needed by Battle Balloonists in order to defeat the Airships such as teaming up or finding blindspots. As the airship takes damage it’s cannons start to fail making it easier to take down if unable to get to a repair crate. 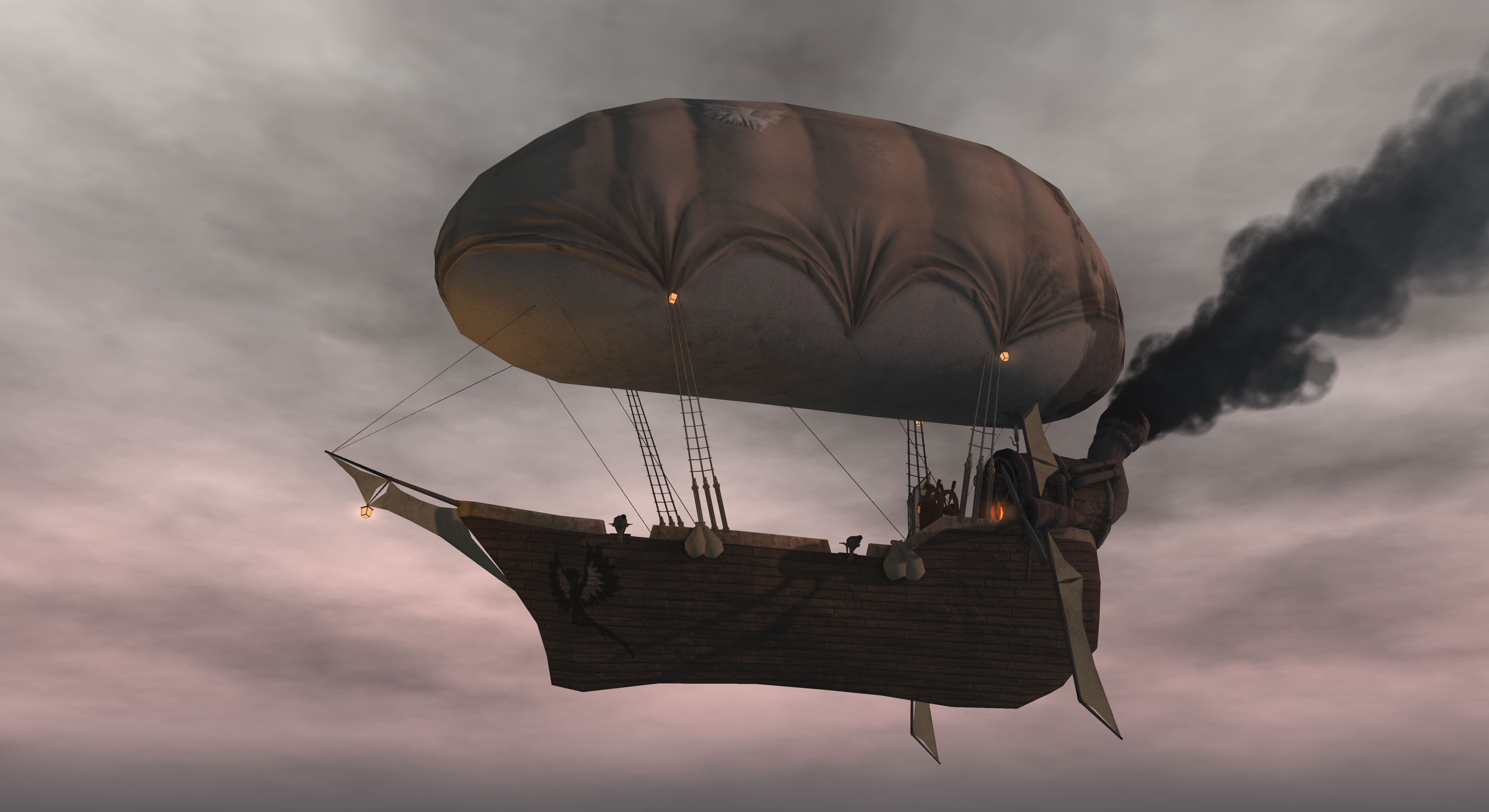 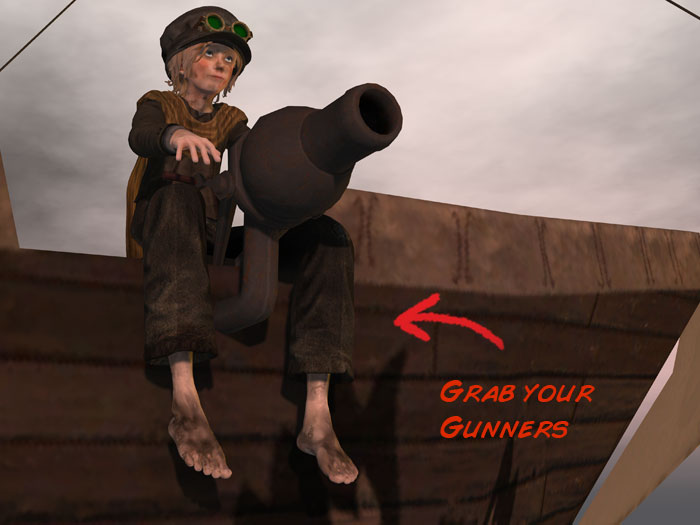 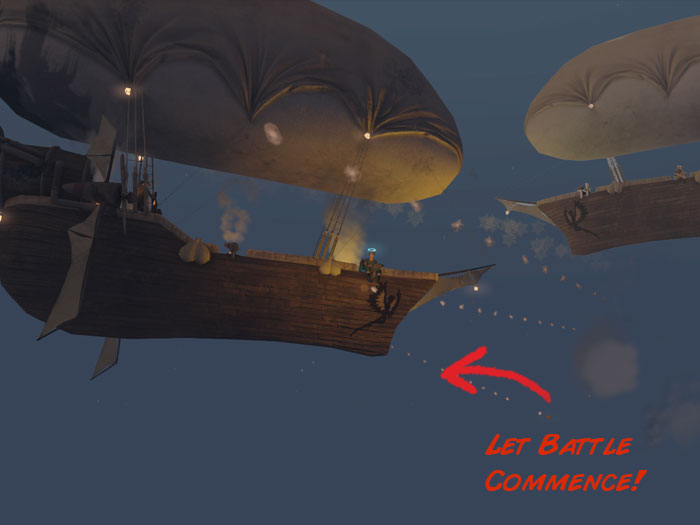 The Battle Airship comes as a Vendor Rezzing Game like the Battle Balloons which a region owner can place on their land for anyone to rez ships and play. There is also a Single private Battle Airship version and a peaceful explorers edition that has no cannons.

And if you want to find new friends to test your battle Balloon & Airship skills against, there is a Battle Balloons group to join.

Check out the NEW Battle Airship expansion for FREE at the Escapades Island Sky Pirates Platform in Second Life!!